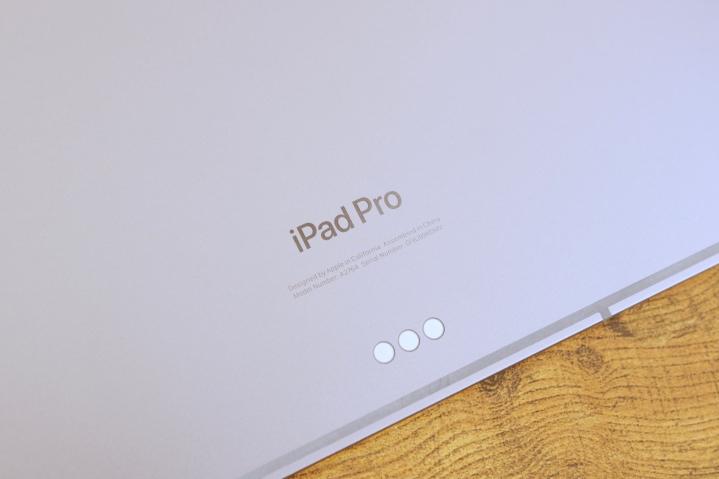 The 2022 iPad Pro is quite a fascinating device. It’s got more firepower than a majority of Apple’s own computers. It offers arguably the best stylus experience of any mainstream tablet. The build quality is amazing, the screen is stunning, and the keyboard is fantastic.

Yet, I haven’t met a single person who can wholeheartedly recommend this tablet, especially after looking at the price tag. But that’s not the only reason to avoid dropping north of a thousand dollars on this sleek machine. Yes, the M2 chip inside the 2022 iPad Pro breathes fire, and Apple also claims some notable on-paper improvements.

But that improvement doesn’t really translate into life-changing gains. I ran a couple of 4K video import and encoding tests, and even at these supposedly “Pro” tasks, the M2 didn’t offer any meaningful bump over the M1. Heck, you would still get blazing-fast performance in a similar ballpark with the iPad Pro with Apple’s A12Z processor inside.

At best, the 2022 iPad Pro is a beast that you probably don’t need, unless you can extract the most out of it, or you have a really old iPad that desperately needs an upgrade. Here’s a wish list of changes that Apple could serve with the next iPad Pro to make it more appealing.

This is a big weak area that the iPad needs to address. For the past three generations, the 12.9-inch iPad Pro model has been stuck on the “up to 10 hours of surfing” battery promise. This is bad from a generation-over-generation perspective, obviously. But the reality is that you don’t buy the iPad Pro for web surfing. The basic iPad can handle that like a champ at nearly one-third of the budget.

You buy the iPad Pro for “Pro” stuff like video editing or other demanding creator-centric tasks. At those tasks, the “10 hours battery life” claim is drastically trimmed. Let’s compare the value aspect, too, while we’re at it.

The 512GB storage trim of the iPad Pro costs $1,399 — without the keyboard — for the non-cellular version. Adding the Magic Keyboard accessory will balloon the cost all the way up to $1,750. The M2-powered MacBook Air costs $1,499 for the 512GB base storage variant, and with a keyboard attached to it.

The MacBook Air will last you 18 hours while also saving you a few hundred dollars. It also comes with a charger in the box. Plus, the macOS software powering it is far more productive at getting serious work done than the iPad.

If Apple is envisioning the iPad Pro to double as your take-anywhere computing buddy, it seriously needs to address the battery life concerns. But it’s not just about the capacity, as Apple really needs to amp up the charging pace.

A tablet as expensive as the iPad Pro is still limited to just 20W charging. The Samsung Galaxy Tab S8 Ultra, on the other hand, goes all the way up to 45W. But even that’s not sufficient considering the price tag. Far less expensive Android phones have already touched the 100W+ charging mark, and we’re already staring at 200W+ charging for phones in 2023.

Apple has a really, really long way to catch up. Also, did I mention that the thousand-dollar Apple tablet doesn’t support wireless charging? Rumors say that Apple is cooking up wireless charging for the iPad Pro, but I will believe it when I actually see it happen.

Apple throws around words like “breakthrough performance” and “unmatched pro features” — but those features are neither equitably divided, nor really here. Take, for example, ProRes video capture. The iPad Pro has two supposedly powerful cameras backed by a powerful ISP, which enables ProRes video capture, turning the tablet into “a complete mobile video studio.”

But here’s the interesting part. You can’t just fire up the default camera app and start shooting ProRes 4K videos. It simply doesn’t allow that yet. For ProRes duties, you must rely on third-party apps like LumaFusion and Filmic Pro.

Apple’s own well-regarded Final Cut Pro video editing software is nowhere to be seen, despite all that M-series firepower lying idle. But video capture is not the only “Pro” stuff that can be done on the grossly overpowered iPad Pro.

Apple needs to build more apps that cover everything from advanced code deployment and sketching to animation rendering, among others. The easier way, however, would be convincing makers of such desktop-grade applications to make a version tailored for the iPad Pro.

Until that happens, the iPad Pro’s status quo will continue to be that of a filthy powerful (and seethingly expensive) tablet with more untapped potential than any other consumer-grade computer on the market. This aspect also ties into the OS-level limitations, which are discussed below.

A wild, but legitimate OS dream

Now, now, now — this might sound like a pipedream, but the only other way a processor as powerful as the upcoming M3 can truly justify its existence is by powering a software ecosystem worthy of it. We already have Macs with M1 and M2 processors that can run Windows 11, thanks to solutions like Parallels, in case you’re seeking an appropriate inspiration.

It is unlikely Apple will ever allow iPad Pro users to boot Android or any other operating system. But maybe, just maybe, Apple can give them the option to run macOS. It can either be a fully native boot — irreversible or otherwise — or just something running in a virtualized sandbox environment.

The argument here is that folks spending north of $1,200 on the iPad Pro at least deserve that flexibility. Yes, I am aware of the notion that Apple would never let the iPad Pro cannibalize the sales of its Mac computers. But here’s the reality right now.

iPadOS 16 is still nowhere close to a “Pro” operating system worthy of the iPad Pro’s raw computing prowess, and it’s a shame that Apple has done little to address that on its own. Even a heavily advertised feature like Stage Manager is a hot mess. With each generation, Apple’s silicon continues to establish new performance benchmarks, while the operating system it powers desperately needs to catch up.

Don’t get me wrong. I’ve used the mini-LED display on the iPad Pro and coupled with the 120Hz ProMotion tech, it feels great. But all that pixel goodness comes with two stinging caveats, which definitely don’t paint a good picture of Apple as a consumer-first brand.

First, the mini-LED display is exclusive to the 12.9-inch iPad Pro, while the 11-inch model is still limited to an LCD panel. That’s a criminally bad bargain for buyers, considering the iPad Pro’s 11-inch model can go up to $2,100 without the keyboard and Apple Pencil.

Second, mini-LED is not even the gold standard for display on mainstream tablets. The Galaxy Tab S8+ and its Ultra version come rocking an eye-candy Super AMOLED panel with a 120Hz refresh rate from the house of Samsung. It’s stunning.

Barring the peak brightness output, the color saturation levels, viewing angles, and blacks look better on the OLED panel than the mini-LED tech on the iPad Pro. For creative tasks, especially those involving color-graded accuracy, I’d pick an OLED over an LCD or a mini-LED panel any given day.

It would be unwise to imagine that Apple will make its next-gen Pro tablets any cheaper than they are today. If anything, they would only get more expensive as Apple prepares the rumored OLED panel upgrade.

While the panel tech upgrade would be a welcome change for the next-gen iPad Pro, I just hope that Apple also extends the OLED panel to the smaller 11-inch model. Even a jump from LCD to mini-LED tech would be palatable for the smaller iPad Pro’s 11-inch version.

Ideally, I would love for Apple to give customers the best of its display tech, irrespective of the screen size, if they are paying a thousand dollars — or more — for its premium tablet.

Now, this is the most practical peeve that almost every iPad Pro user I’ve encountered has to narrate, especially for folks rocking the 12.9-inch model. Here’s how Digital Trends’ mobile editor Joe Maring explained the odd hassle created by the camera placement:

“When you turn the iPad Pro in a landscape view — the most common position for productivity and video calls — the camera gets put off to the left side and creates an awkward angle for yourself on Zoom, FaceTime, etc.”

As such, you will almost always find yourself off-center during video calls, paving the way for a weird eye-contact scenario while using apps like Zoom and Meet. Apple does some software wizardry with angular adjustments, but it doesn’t really feel natural, and you will find yourself making manual adjustments at the end of the day.

Interestingly, given the bulky profile of the iPad Pro — the 12.9-inch model especially — the tablet is mostly supposed to be used in landscape orientation. Despite a mostly uniform weight distribution, trying to use the larger iPad Pro model with one hand in portrait orientation is sure to give your wrists a bit of an ache.

Even though you can rest it vertically against the Magic Keyboard Folio case, thanks to the magnetic design, the hack looks terrible and doesn’t really sit stable on your lap. Apple can solve all those woes with a simple camera re-arrangement.

It’s interesting to see that Apple has treated even the base tenth-gen iPad to a landscape camera, but has deprived the iPad Pro of this functional convenience.

What to expect from Apple’s next?

Apple reportedly has some big plans with the next-gen iPad Pro, and with “big,” we mean that in quite the literal sense. Bloomberg’s ever-reliable Mark Gurman has reported in the not-too-distant past that a 15-inch tablet was in development. The Information reports that a 16-inch iPad Pro is in development, as well.

Apple hasn’t played around with the iPad Pro’s design for the past few generations, so it would be a perfect opportunity to make some changes. A bit of slimming down for the bezels would work wonders, especially for the larger trims. Maybe shave them aggressively and put a Dynamic Island on the tablet to house the Face ID hardware.

It’s also high time that Apple either implements wireless charging by swapping the metallic shell with a glassy rear panel or puts in the MagSafe hardware. It’s a great practical convenience, and it’s odd to see that Apple implemented it yet.

I am more cautious than hopeful for the next generation of Apple’s pro tablets.

But more than anything, I’m hoping for more feature-rich software. Stage Manager was a well-intentioned differentiator for iPadOS 16, which continues to suffer from poor execution. An OS that just doesn’t feel like a super-sampled version of iOS with an app dock would do wonders for the iPad Pro’s image as a legitimate computing powerhouse.

Of course, it’s always possible for Apple to pull off a surprise, and truly re-invent what a tablet can do, just the way it reinvigorated the Mac with its M-series silicon. But given the iPad Pro’s trajectory over the past half-decade, I am more cautious than hopeful for the next generation of Apple’s pro tablets.