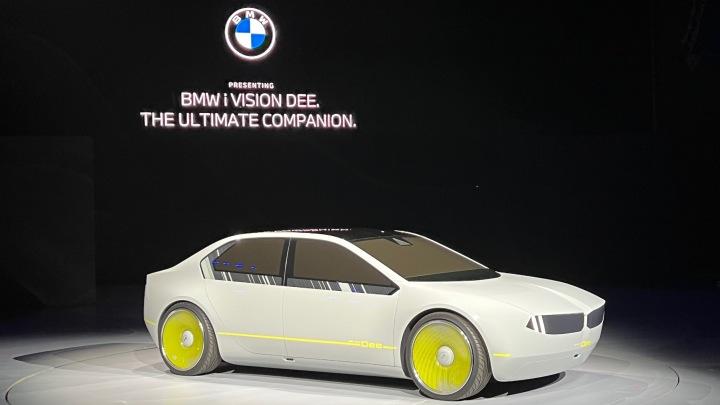 At CES 2023, BMW announced that its OS 9 platform, slated for release in 2024, will be the company’s first built entirely on the Android Auto Open Source (AAOS) platform. With the update, BMW will adopt a more map-centric approach and weave more third-party apps into its operating system.

BMW has been using Linux for the underpinnings of its iDrive interface, which gave the company complete control of its entire software stack. However, the move to AAOS represents a technological shift and an interface update for BMW. Like Android proper, AAOS encourages developers to create “skinned” versions of Android Auto for their vehicles.

AAOS supports third-party app integration, too. BMW says it will utilize the Aptoid app store for its platform. Though BMW was hesitant to provide a reason for not using Google Play proper, data privacy is the likely cause.

One important distinction: AAOS is not the same as Google Automotive Services (GAS), which you find in Volvo and Ford vehicles. BMW wanted to refrain from licensing a fully integrated in-car platform, and there are many data privacy concessions the automaker would have to make. Implementing GAS essentially gives Google access to all your data, and that makes BMW uncomfortable.

When asked if BMW would adopt Apple’s incoming full-CarPlay experience, company representatives said it was not “in scope” with their plans. BMW seems hesitant to relinquish control of its instrument panel (the screen behind the steering wheel).

Why Android, and why now?

AAOS gives auto manufacturers the ability to manage complexity. BMW says its core codebase is 150 million lines of code. A worldwide team of 8,000 developers and IT experts commit over 100,000 software builds daily for BMW, often working on 3,000 builds per hour in parallel.

AAOS allows BMW to manage its software stack, implement third-party apps, and create a more fluid user interface. The AAOS developer guidelines suggest auto companies brand their apps, too, so BMW can continue to build its own apps while using the AAOS app design ethos.

There is no single “platform” for the software in a car, either. Infotainment is typically open-source software. Safety and driver assistance features are often licensed or modular solutions, and real-time functions are almost always cross-OEM and built on the Autosar platform. AAOS is a reliable platform for connecting all those dots, at least for BMW.

Like many auto manufacturers, BMW is mindful that its customers exist in a digital-first environment. Touchscreens are familiar, even in cars, and mobile interfaces on phones and tablets are how many people interact with the world daily. AAOS helps BMW create a more mobile-like in-car experience without trying to recreate the wheel, and provides a firm set of guidelines for developers but enough freedom to let auto companies create experiences that are uniquely theirs.

2023 will be a time BMW realigns its strategy behind Android Auto Open Source. The company says existing iDrive 8 vehicles, which have Linux-based platforms, will receive an “iDrive 8.5” build that’s a lot like iDrive 9 and OS 9, which will have a greater focus on BMW’s map app and touch interactivity. The half-step iDrive 8.5 won’t be full a full AAOS build, but it will feel like it.