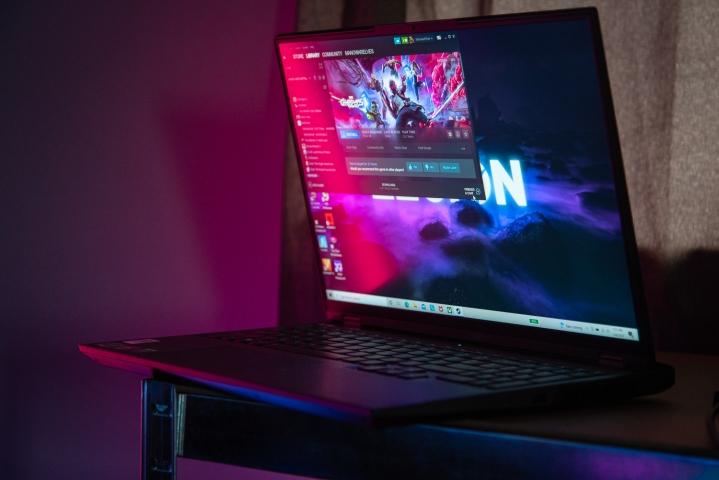 Lenovo is performing its annual update to its Legion laptops and desktops at CES 2023, but this year is different. The new Lenovo Legion Pro 7 and Legion Pro 5 (along with their Intel variants) include a dedicated AI chip that Lenovo says performs “graphical wizardry.”

The chip in question is Lenovo’s LA AI processor, which it claims is the world’s first dedicated AI processor in a gaming laptop. Combined with the Lenovo AI Engine+ software, the chip leverages machine learning to tune system performance in real time.

It’s hard to say what exactly the chip is tuning, though. Lenovo was light on details in its announcement, but we know that the processor will monitor in-game frames per second (fps) and adjust the system for optimal performance. Presumably, this is done with power, as Lenovo points out that its new machines offer up to 15% higher power draw compared to the previous generation.

For specs, Lenovo’s Legion updates come with what you probably expect. Both machines pack Intel’s latest 13th-gen processors or AMD’s Ryzen 7000 mobile CPUs, along with Nvidia RTX 40-series graphics. The Legion Pro 7i includes up to an Intel Core i9-13900HX, while the Legion Pro 7 includes a Ryzen 9 7945HX. Lenovo hasn’t shared graphics details yet, but we expect this model to climb up to an RTX 4090.

The Legion Pro 5i comes with the same Core i9-13900HX, but the AMD version tops out a bit lower with a Ryzen 7 7845HX. Once again, we don’t have details on the graphics front, but the 200W power limit suggests these models won’t support the RTX 4090.

With both machines, you’re getting a 16-inch 16:10 display with a 2,560 x 1,600 resolution and a refresh rate of 240Hz. It supports variable refresh rate, as well, and as you can read in our review of last year’s Lenovo Legion 5i Pro, it’s one of the best displays you can find in a gaming laptop.

Lenovo has updates for its Legion desktops, as well. The Legion Tower 7i includes up to an Intel Core i9-13900K processor and Nvidia RTX 4090 GPU. For that, as well as the RTX 4080 configuration, Lenovo is offering a 1,200W power supply, which otherwise isn’t available in its desktop range.

Lenovo says the Tower 7i includes an “airflow-amplifying front bezel,” along with optional liquid cooling that is capable of keeping up to a 260W CPU cool. You can also cram up to three 2TB SSDs into the machine, offering a total of 6TB of storage.

The 26-liter Tower 5i and Tower 5 come with either an Intel Core i9-13900F or an AMD Ryzen 7900. We don’t have specs for graphics in this machine yet, but it tops out with an 850W power supply. That suggests it will probably leverage cards lower down Nvidia’s RTX 40-series stack, and possibly last-gen cards.