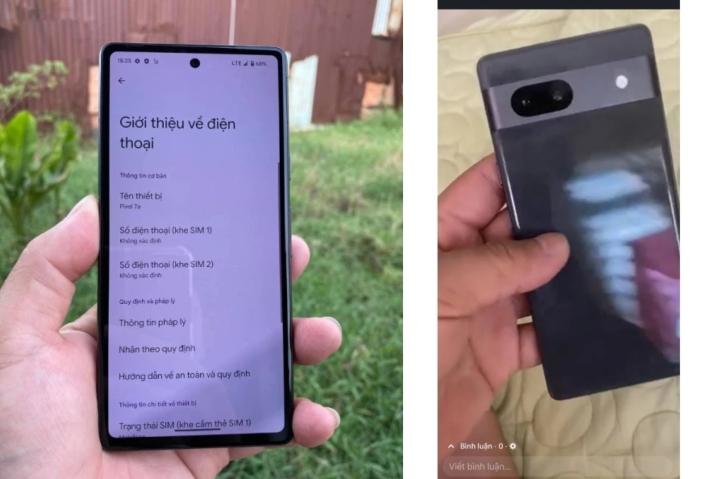 Google’s upcoming Pixel 7a has leaked several months before launch, courtesy of a Facebook group in Vietnam and shared to the leaks aggregator site, Slashleaks. This follows renders from trusted leakers Steve Hemmerstoffer (OnLeaks) last year. This new set of live leaks confirms elements of previous images, including the refreshed design and support for a 90Hz display.

As noted, this leak comes from Vietnam. This is where Google assembles its phones and, consequently, has been a source of a few Pixel leaks in the past. It’s happened with the Pixel 4a, and now the Pixel 7a. The video shows off the Pixel 7a in all its glory, leaving little to the imagination.

As expected, the 7a looks remarkably like the Pixel 7, complete with the blended camera bar. It also looks quite similar to the Pixel 6a, but that’s due to the fact the Pixel 6a was designed to look like a bridge between the Pixel 6 and 7. One thing that stands out is the bezel size surrounding the Pixel 7a’s display. The bezels are considerably larger than the ones found on the Pixel 7 and 7 Pro, acting as a constant reminder of the Pixel 7a’s (presumably) lower price.

Alongside the (slightly) refreshed design, Google is expected to add the Tensor G2 chip into the 7a alongside a new pair of cameras while keeping the same palm-friendly 6.1-inch display that the 6a had. Google typically launches the A-Series phones at its Gooogle I/O event in May. The Pixel 7a is expected to make its debut there and go on sale shortly after. Alongside the 7a, Google is expected to release the currently unannounced Pixel Fold and Pixel Tablet in the first half of 2023.

Other than the Pixel 7a, Google’s plans for the Pixel-line through 2025 also leaked courtesy of Android Authority. The company is expected to introduce a smaller Pixel Pro, much like the 6.1-inch iPhone Pro, alongside the larger Pixel Pro and the A-series. The Pixel-A series itself could see relegation to a biannual release rather than the annual release it currently enjoys.

Google’s Pixel line, while not yet quite competitive with the iPhone or Samsung’s Galaxy (to put it charitably), continues to win rave reviews and phone of the year recommendations. The company’s problems remain reliability, heat management, and battery life — most of which can be linked to its Tensor processor.