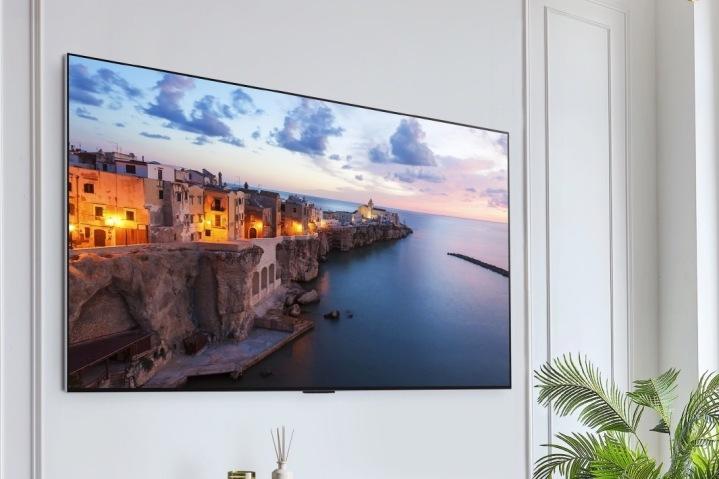 Ahead of its official CES 2023 presentation, LG has given us a taste of its TV tech for the coming year, especially as it relates to the company’s lineup of OLED TVs. Once again, the G Series takes center stage, with the G3 OLED evo 4K. LG says that thanks to its Brightness Booster Max technology, the 55-, 65-, and 75-inch G3 models will see an increase in brightness by up to 70%.

The G3 OLED evo will also look a lot better when wall-mounted. LG calls its new One Wall Design approach “ultra-seamless” and says that it will leave no visible gap between the wall and the G3. That’s saying a lot considering the G2 OLED evo was already impressively tight to the wall when wall-mounted.

The G3 isn’t the only LG OLED getting some love in 2023. The company is introducing its C3 OLED evo 4K TV, as well as the Z3 OLED evo 8K TV, marking the first time that LG’s 8K-capable OLED TV will be equipped with its OLED evo panel.

These models don’t get the G3’s Brightness Booster Max tech, but they do share one of the G3’s other improvements, the 6th-gen a9 AI processor. This is the chip that powers features like AI Picture Pro, which LG says has better upscaling, enhanced dynamic tone mapping, and more lifelike HDR quality by identifying and refining objects like people’s faces.

It also powers AI Sound Pro, which can now deliver a virtualized 9.1.2 surround sound experience from the TV’s built-in speakers.

Speaking of speakers, the 2023 LG OLED TVs are designed to work with the company’s recently announced 2023 soundbars, the SC9 and SE6. Both models will enable LG’s new Wow Orchestra feature, which lets the TV send sound through its own speakers as well as the soundbar for a much more realistic performance. The new soundbars can also be linked wirelessly to the 2023 TVs, giving you a cable-free option if you don’t need to send a video signal from the soundbar to the TV.

On a slightly deeper technical note, LG’s 2023 OLED TVs will also support HDMI 2.1a. That’s the very latest HDMI specification and it enables a new feature known as Quick Media Switching (QMS) — sometimes referred to as QMS-VRR. Regardless of what you call it, its benefits are going to be appreciated by anyone who switches between different media types with different frame rates.

You may not even know that you’re doing it, but if you’ve ever encountered a second or two of black screen after pressing play on a YouTube video, you’ve fallen victim to your TV’s inability to quickly and invisibly switch between two different frame rates. QMS-VRR solves this problem by taking advantage of a TV’s variable refresh rate (the “VRR” in QMS-VRR) — a feature normally only used when gaming — to quickly adapt from one frame rate to another, theoretically killing the black screen problem. QMS-VRR will work when using an external device (like an Apple TV 4K) that is also equipped with QMS-VRR.

Finally, LG is giving its webOS smart TV software another upgrade in 2023. A new home screen layout uses “Quick Cards” — small panels that group content and services by logical categories like Home Office, Gaming, Music, and Sports. The interface also gets more advanced personalization features powered by AI Concierge: each family member gets their own profile and curated lists of content choices and recommendations based on viewing history, search queries, and viewing habits.

At the moment, LG is still being coy when it comes to things like pricing, availability, and even screen sizes for its 2023 OLED TV lineup, but as soon as we find out, we’ll let you know.