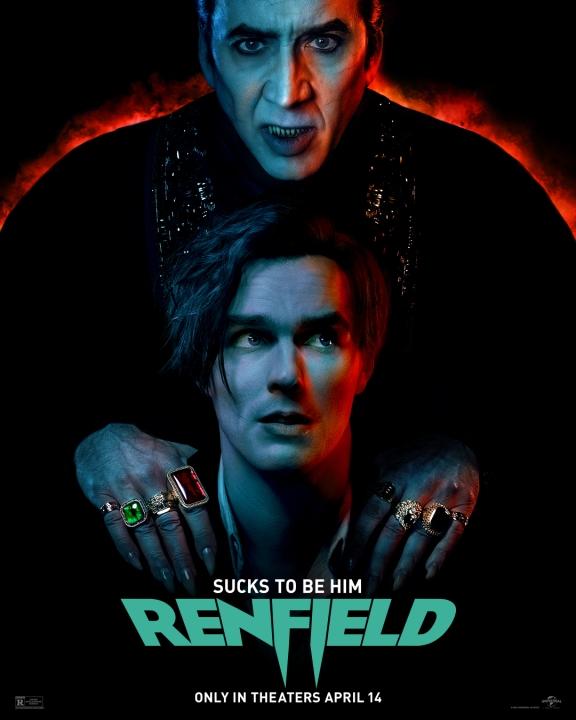 Is there a better feat of casting than Nicolas Cage (The Unbearable Weight of Massive Talent) as Dracula? The animated and over-the-top actor perfectly channels the world’s most famous vampire in the first trailer for Renfield.

Nicholas Hoult (The Menu) plays the titular Renfield, Dracula’s henchman and servant. When he falls for a traffic cop from New Orleans named Rebecca Quincy (The Farewell’s Awkwafina), Renfield finds a new lease on life and wants out of his working relationship with Dracula. Renfield is tired of working for his demanding boss after centuries of providing Dracula with fresh bodies to feast on. As Quincy puts it, Renfield is the “guy that gets the villain’s Postmates.”

Throughout the trailer, Renfield explains his problems to various members of a support group. However, Cage’s character interrupts the meeting at the end of the trailer and hovers over the entire group. As Renfield and the group cower in fear, Cage shows off his fangs and creepily says, “I am Dracula.”

Renfield is directed by Chris McKay (The Tomorrow War) from a script written by Ryan Ridley (Ghosted). The film is based on an original pitch from The Walking Dead’s Robert Kirkman.

Renfield opens in theaters on April 14.