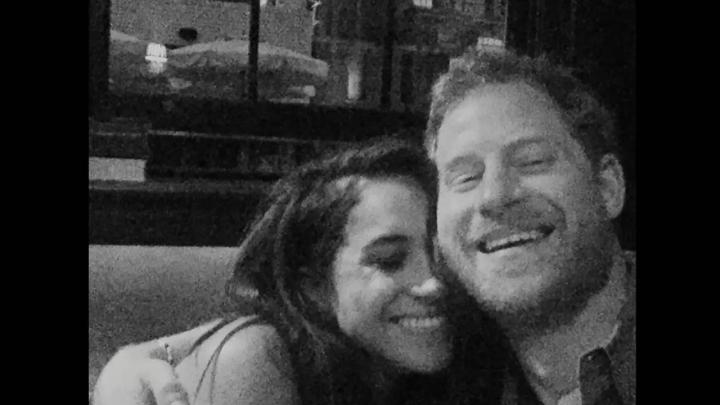 Following the explosive Oprah interview, people expected that Harry & Meghan might include scathing accusations about the Royal family, the media, and the people who surround them. But it was quite the opposite. Prince Harry, Duke of Sussex and Meghan, Duchess of Sussex, sat down to tell their love story on their terms versus the way their relationship has been portrayed in the media to date.

The six episodes do touch on a few controversial topics, including calling out the media and the long-standing, unwritten terms between the Royal family and the very publications that insulted Meghan and have tormented Harry and his family since he was a child. There were also conversations about racism and antiquated traditions. But the docuseries is by and large a story about how the two met and fell in love, as well as the media attention, unconscious bias, racism, and preconceived notions about Meghan that have plagued them from the moment their relationship was revealed.

A few of the details the pair revealed were contrary to what the public had thought up to this point and provided a different perspective on what the two have endured. Here’s a look at some of the most fascinating revelations from Harry & Meghan.

Fans have long wondered how the two came to meet one another. The story has often been that it was through a mutual friend — and this is true. However, it was technically social media. After seeing a photo of Meghan on a friend’s Snapchat account, he inquired about who she was and asked for contact information to reach out to her on Instagram. The pair began talking from there, met for a quick drink one night, and the rest is history.

2. Their third ‘date’ was in Botswana

After meeting twice and spending countless hours communicating online, the pair could not make their schedules work to meet in person again. When Harry invited Meghan to join him in Botswana, a place he visited often, he was shocked when she agreed. She met with him to stay in a tent for several days on what was technically the couple’s third date.

Meghan recalls that it was the best way for the couple to get to know one another, away from public scrutiny (the public did not yet know they were dating at the time). There wasn’t any cell reception, mirrors, fancy red carpets or walkabouts. It was here that the two presumably fell in love. “We could both just be completely ourselves,” said Meghan. “Thankfully, we really liked each other.”

After the news of their relationship went public, the paparazzi began relentlessly following Megan where she was living at the time in Toronto, Ontario, Canada. It got so bad, in fact, that fences had to be built around the trailers on the set of the show she was on at the time, Suits. She revealed that paparazzi parked outside of her home waiting for her to come outside to snap photos and even follow her.

But worse, she mentioned that U.K. media outlets paid some of her neighbors to secretly set up livestreaming cameras in her backyard (or at least facing her backyard), so they could potentially get a glimpse of her outside or inside the house to publish in a tabloid.

4. The Kensington Palace interview was an ‘orchestrated reality show’

While it might not come as much of a surprise, it was shocking nonetheless to hear the couple admit that the post-engagement interview they did with the BBC at Kensington Palace was completely controlled and rehearsed. Meghan even refers to it as an “orchestrated reality show.”

She adds that the couple was not allowed to tell its true story, but was rather relegated to touching on the talking points the Kensington Palace official agreed on, and nothing more. It’s for this very reason, the pair add, that this docuseries is being released; they can finally tell the story they have wanted to tell on their own terms.

5. She became close with her niece

One of the most prominent people speaking out against Meghan was her half-sister, Samantha. With a 17-year age gap between them (Samantha is Meghan’s father’s daughter from a previous relationship), Meghan asserts that they were never close growing up. However, Samantha told the media a different story.

In Harry & Meghan, however, Samantha’s biological daughter, Ashleigh, discusses the situation. She reveals that she was raised by her paternal grandparents after being removed from her biological mother’s care at the age of 6 (though she does not go into detail as to why). She claims to have reconnected with her mother in her 20s and connected with Meghan around the same time as well. The two grew close, even vacationing together.

But when Samantha began spreading stories, Meghan claims she had to make the difficult phone call to Ashleigh to explain why she could not invite her to the wedding. “I was hurt on some level,” said Ashleigh, “but I understood where it was coming from.” In speaking about her mother, Samantha, Ashleigh said that “what was communicated to me was maybe some resentment.”

6. Meghan’s father and the tabloids

Along with Meghan’s half-sister, Samantha, another vocal member of her family in the tabloids was her father, Thomas. It began with a few obviously staged photos and a phone call from Meghan to her father to ask if he was paid to pose for them. After that, Meghan claims she didn’t hear from him, then learned from tabloids that he had a heart attack and would not be attending her wedding.

Meghan asserts that she and Harry reached out several times to her father, both through phone calls and texts, and eventually received a cryptic message back. Meghan believes the message was not actually sent by her father, notably due to the different styling (he loved to use emojis, ellipses, and “dot, dot dots,” she said), and mainly because it addressed her as “Meghan” when her father had only ever called her “Meg.”

Based on Harry’s commentary about how Meghan has since “lost a father” and that he “shoulders that burden” because if she hadn’t met him, she would still have a relationship with him, it appears the two still don’t talk.

7. The Royals, the media, and trading stories

In the second batch of episodes, Harry delves deeper into the unwritten agreement between the Royal family and the media, referencing a discussion he once had with his father, Prince Charles (now King Charles) about it. Prince Charles purportedly told him: “you can’t take on the media. The media will always be the media.” Harry vehemently disagreed, telling his father that while Charles did not do anything to cause the problem, nor did he outwardly condone it, he has also done nothing to stop it.

“It’s a dirty game,” said Harry, who alleged that the leaking of stories by Royal family workers was common, as was planting them. Much like might be seen in the movies, Harry claims if the communications team wanted to remove a negative story about their principle, they would simply trade and give the media something about someone else’s principle. “The offices end up working against each other,” he added.

When Meghan joined the family, Harry says she became the “scapegoat for the palace.” When they didn’t want an unfavorable story about them to be printed, he claimed, they sent one out about her, whether it was true or not. “I wasn’t being thrown to the wolves,” said Meghan, “I was being fed to them.” Harry likened Meghan’s situation much to that of his mother, Princess Diana, particularly following her divorce from Prince Charles.

8. The rift with his brother

Harry understands his brother’s stance and reasons for sticking with the traditions of the Royal Family: “It’s his inheritance,” he said. He alleges the siblings did have a massive fight during one of the meetings in Sandringham about Harry and Meghan wanting to relocate (a meeting that Harry notes was strategically only approved once Meghan was out of town and unable to attend). Immediately following that meeting, a joint statement was issued refuting claims of Prince William bullying Prince Harry over the topic. Harry says he was not informed about the statement until it was released to the public.

It was this moment, when Harry saw how easily the family would act to combat negative stories about William, yet did not do the same for Meghan, that convinced him it was time to go. “To see this institutional gaslighting,” he said. “… They were happy to lie to protect my brother. They were never willing to tell the truth to protect us.” Thus, Harry claims it was his final decision to leave, not Meghan’s.

It’s also revealed that Prince William texted Harry the day after he and Meghan’s bombshell interview with Oprah. The contents of the text message are not revealed, though it’s clear that Harry is torn about it as he shows Meghan the phone and the mysterious missive.

The Harry & Meghan docuseries is available to stream on Netflix.