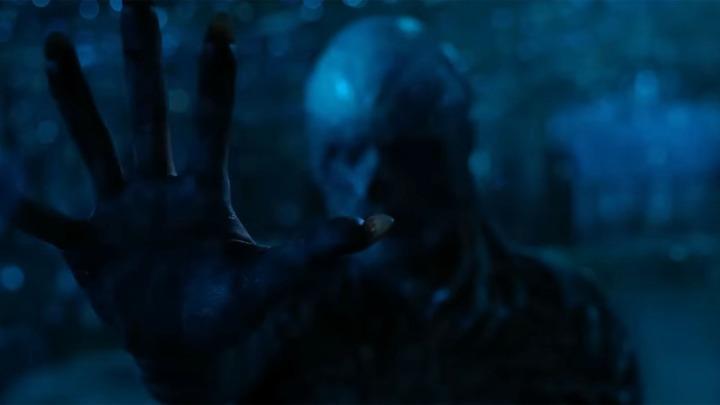 If you’re like us, you’re on the edge of your seat, waiting with bated breath to hear some juicy news about Stranger Things season 5. Understandably, Season 5, the finale of Netflix’s Stranger Things, is now one of the most highly anticipated television events in history. Since Vecna succeeded in tearing open a massive gate to the Upside Down, audiences now expect the heroes of Hawkins to engage in an epic final battle against the evil psychic and his army of monsters.

At this point, details regarding the season to end all seasons have been scarce, and the world likely won’t get to see the show’s last episodes for quite a while. In the meantime, here’s everything that has been revealed and should be expected from Stranger Things 5.

Stranger Things Season 5 Release Date: When is it airing?

As season 5 is due to start production in May 2023, we’re most likely a year or more away from the release of the new content on Netflix. Judging by the show’s history, past seasons were usually launched in the summer, so a good estimate for Stranger Things season 5 would be during summer 2024, from about May to July.

Go ahead and mark your calendars and make sure you have no plans during those few months, we’ll wait.

How many episodes will be in Stranger Things season 5?

A total of eight episodes have been confirmed for the show’s upcoming season, with the first episode being titled The Crawl. Right now, it’s unknown how long each episode will be, but the Duffer Brothers stated on Happy Sad Confused that the series’ last episode will have a runtime similar to season 4’s two-and-a-half-hour-long finale.

This will surely make for a big conclusion, and the Duffers have even stated that it will give “all the characters a proper send-off,” describing it as “Return of the King-ish with eight endings.”

Season 4 spent a lot of time introducing a variety of new characters like Eddie, Argyle, Dmitri, Yuri, Vecna, and Victor Creel, to name a few. This all contributed to the season’s extraordinarily long runtime, which many audiences took issue with.

Fortunately, the Duffers revealed on Netflix Geeked that the fifth season will not bring in any new players to join the war for Hawkins, which will leave more time for the show to focus on the original cast and developing their characters. It will also give audiences a break from the show’s habit of introducing lovable characters and quickly killing them off.

Stranger Things Season 5 Plot: What do we know so far?

With the major questions out of the way, let’s talk about some of the other details we know, or that have been confirmed by the showrunners.

Stranger Things season 5 will have a time jump

According to Screen Rant, like the show’s previous seasons, season 5 will begin quite some time after the fourth ended. One might assume that the show will pick up after season 4’s shocking cliffhanger, but the show’s creators understandably want more time to pass, given that most of the cast is still maturing and that the last two seasons took two to three years to complete.

This time jump could thus have the series return to Hawkins long after the residents have evacuated the town, which could become overrun by Vecna’s forces from the Upside Down.

Season 4 of Stranger Things proved to be the show’s biggest yet in terms of scope. It followed the heroes living separately from each other and traveling through Hawkins, California, Russia, and even the Upside Down. In contrast, the final season will primarily follow the cast in Hawkins and the Upside Down.

While that may not sound like anything new, the Upside Down did seep through the giant gate that ripped through Hawkins, so audiences may see the town turned into a postapocalyptic wasteland warped by the alternate realm.

Will plays a greater role in season 5

Will Byers played an important part in the show’s first two seasons, having been the first person to be dragged into the Upside Down and come back alive. Though the previous two seasons explored Will’s isolation from his friends and his closeted sexuality, he has very much taken a back seat from the rest of the group. However, Matt Duffer revealed to Collider that season 5 will have a strong focus on Will and show him “come into his own.”

Will has long shared a psychic connection with Vecna and the Upside Down’s hive mind, giving him the ability to sense their presence and activity. This power could be crucial to his role in the show’s final episodes, and it could even become the key to stopping Vecna once and for all. Since the show began with Will’s disappearance, it’s only fair that it ends with him getting the spotlight.

Cut season 2 content will be in Stranger Things season 5

In an article by Netfix Tudum, the Duffer Brothers have revealed that the final season will use a lot of leftover ideas that they came up with for season 2, and that alone has significant implications. The series’ second season shows Will struggling to live his life after returning from the Upside Down as he becomes possessed by the Mind Flayer and, therefore, Vecna.

It also depicts Eleven exploring her past and reuniting with her old friend from Hawkins Lab, Kali. As a result, the final season may show Will once again being overcome by Vecna’s influence, and Eleven may team up with Kali one last time to save Hawkins.

The finale is going to be emotional

While talking to The Hollywood Reporter, the Duffer Brothers and Shawn Levy made it clear that the season’s storyline is going to be an emotional rollercoaster of a ride. “We did get our executives to cry, which I felt was a good sign that these executives were crying.”

Levy also made it clear the story will center on the beloved characters. “Season five is already so clearly taking care of these stories of the characters because that’s always been the lifeblood of Stranger Things.”

Another little tidbit they shared is that the theme, tone, and experience would go full circle, meaning it will be more reminiscent of the show’s earlier seasons, just on a bigger scale. Whatever the case may be, we’re excited and we can’t wait.

What will we learn about the Upside Down in Stranger Things season 5?

The Upside Down has long been one of the show’s greatest mysteries. This parallel universe is an almost exact copy of the human world, but season 4 revealed it was not always like this and that it looked the same as Hawkins on the day the series began, the day Eleven first opened the Mothergate.

According to Netflix Life, audiences will finally get some concrete answers about this strange world in the next season. “The only thing we don’t delve into in [season 4] volume 2 is Upside Down lore,” said Ross Duffer. “We hint at it. I’m sure someone on Reddit will be able to maybe piece it together, but a lot of those answers for the Upside Down or that is really what the basis of season 5 is about.”

Season 4 featured some major character deaths that shocked many audiences, including that of Eleven’s “papa,” Dr. Brenner. Though this isn’t the first time that Brenner appeared to bite the dust in this series, the Duffers confirmed on Happy Sad Confused that the doctor is dead “for real this time.”

Newcomer and fan-favorite Eddie Munson also gave his life fighting off a swarm of Demobats to protect Dustin and Hawkins. While it’s pretty clear he died, actor Joseph Quinn told E! News that he is hoping to return to the show as Eddie, at least for a brief cameo. “I’d be very up for it,” said Quinn. “But yeah, let’s see.”

Lastly, poor Max briefly died after Vecna broke her bones, allowing him to create the giant gate to the Upside Down. Though Eleven restarted her heart, Max was left in a comatose state, leaving her ultimate fate unclear. “I have no idea what’s coming in [season 5] and what that looks like,” Sink said to Deadline. “Max’s storyline is very up in the air ’cause, obviously, she’s in a coma, and Eleven can’t find her in the void. So who knows where she is and what state she’s in?”

As for who might leave the land of the living in Stranger Things season 5, we don’t really know and there hasn’t been much shared about it. We’re just going to have to wait to find out.