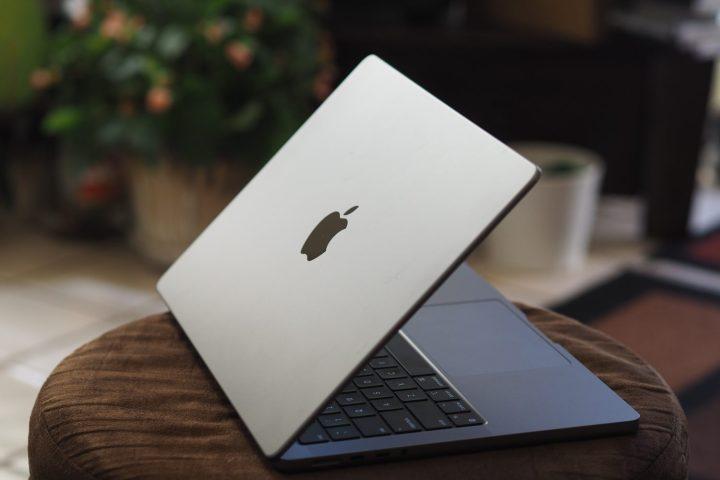 The new 14-inch and 16-inch MacBook Pros have arrived, and in almost every way, they’re a solid improvement over the 2021 models. They have better graphics, longer battery life, and faster connectivity. They look the same on the outside, but the internal upgrades are real.

But there are two aspects of these machines that may end up being worse than the original models from 2021 — and they’re not unimportant.

Macs have typically been known for using super-fast storage, even across the cheaper configurations of machines. In last year’s M2 launches, though, the company cut a corner to make its base-level laptops a bit cheaper.

By using just a single NAND chip on the 256GB models of the MacBook Air and 13-inch MacBook Pro, storage speeds were significantly slower than on the larger-capacity models. In fact, in some real-life tests like large file transfers, these M2 MacBooks were slower than M1 MacBooks. The lack of transparency was frustrating, but considering the price of these laptops, it wasn’t a huge deal.

I certainly thought that with the M2 Pro and M2 Max MacBook Pros, this issue would be avoided entirely. But according to some new reports, these 512GB configurations of the new MacBook Pros also have slower storage speeds, leading some to believe Apple has cut the same corner this time around. Remember: Apple doesn’t even sell a 256GB version of these MacBook Pros, so these are the cheapest models you can purchase.

The problem is, even if you’re choosing one of the base configurations, buyers of these MacBook Pros are far more likely to notice the difference in speed, or at least be frustrated that Apple wasn’t more forthcoming.

Fortunately, this is a problem that can seemingly be avoided by opting for one of the larger capacity SSDs. The second problem, though, is one that’s much harder to avoid.

Ever since the beginning, efficiency has been an important selling point of Apple Silicon. It feels miraculous how quiet and cool the M1 Macs ran, despite having great performance and battery life. These are all benefits from having more efficient chips that create less hot air.

The M2 didn’t play out quite in the same way, though. In the fanless MacBook Air, the M2 did indeed provide some extra performance, but at the cost of added heat. While running more intense benchmarks, I saw internal temperatures as high as 108 degrees Celsius on my own review unit. That is just too hot for a laptop to safely get. Other laptop manufacturers cap CPU temps at 100 degrees Celsius, but it’s rare for devices to even approach that threshold. The fact that Apple doesn’t have a similar cap on the M2 chips is a bit worrying, and it’s a cause of increased throttling in long, demanding workloads. It was a similar scenario with the M2 on the 13-inch MacBook Pro, despite having active cooling.

But again, these were laptops that weren’t necessarily made for these types of more demanding tasks. So, most people using their M2 MacBook Air won’t be in that situation very often. But the the 14-inch and 16-inch MacBook Pros are different. These machines are meant almost exclusively for those who need the extra performance that creative applications require.

Despite having not tested them myself yet, I expect these new 14-inch and 16-inch MacBook Pros to run a bit hotter this time around for the same reason the M2 MacBook Air did. I hope to back this up with my own temperature measurements soon, but my reason for this expectation has everything to do with the technology behind the new M2 Pro and M2 Max chips.

The new chips are based on the same chip architecture as the base M2. Apple calls it “second generation 5nm,” which sounds just fine — at least, on paper. But considering what these could have been, they’re more of a stopgap measure than a true evolution.

The production problems around TMSC’s 3nm chips have been well-documented, and at one point, they appear to have been what the M2 Pro and M2 Max were supposed to be based on. The 3nm chips would have been more efficient, which would have allowed Apple to get the performance gains it wanted without the extra heat. There were even some rumors that the new MacBook Pros would jump up to TSMC’s 4nm, like the A16 chip in the iPhone 14 Pro and 14 Pro Max. Instead, what Apple ended up releasing here is based on the same 5nm process node as the original M1 Pro and M1 Max.

And again, we know how these perform with the base M2 chips from an efficiency standpoint. It’s not that they’re inefficient — far from it. But they are overclocked chips that are being pushed harder than with the M1 chips, and that’s going to create some changes to the performance and thermals of these machines. As the YouTuber Max Tech points out, Apple states that the improvements in performance are in the same power envelope, but doesn’t acknowledge that the previous MacBook Pros often didn’t operate at those higher power levels.

So yes, the claimed 20% improvement in CPU performance and 30% better graphics over the previous models are probably for real. Apple added more cores to the CPU and GPU, and bumped up the base clock speed — and boom, there’s your performance bump. But more testing is need, especially to see how it handles throttling in tasks such as long video renders.

Don’t get me wrong — there’s so much to love about these new MacBook Pros. And if you’re coming from an ancient MacBook or Windows laptop, there’s very little to complain about. But for me, details surrounding the M2 and the SSD choices tempered the excitement around the release of the MacBook Air and 13-inch MacBook Pro last year — and it’s a similar story here.