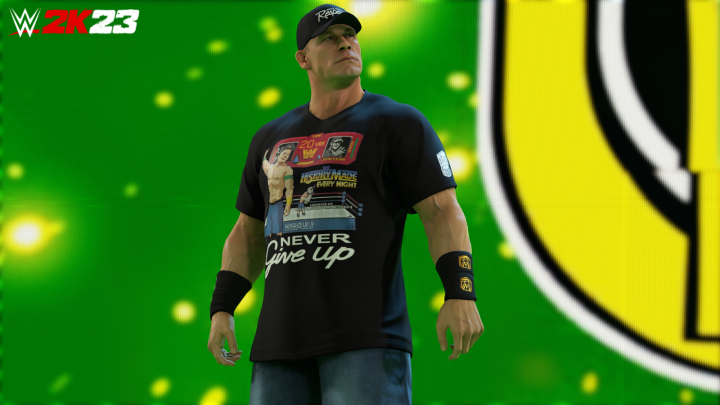 The WWE franchise of video games has been a rocky one. While we had a fantastic entry with WWE 2K20 in 2019, the following year’s WWE title of any kind was the dismal WWE 2K Battlegrounds, which was more than a small step back for the series. WWE 2K22 took things back in the right direction, with far better graphics, gameplay, and modes. With many rumors and reports swirling about WWE and publisher 2K’s relationship, a lot was uncertain about the future of the series. Here’s everything we know about this next wrestling game featuring John Cena as the cover star.

WWE 2K23 has been confirmed to be coming to all current-gen and last-gen consoles, including PS5, Xbox Series X/S, PS4, Xbox One, and PC. No Switch release is currently planned.

WWE 2K23 will certainly be more of a refinement and expansion of what we had with WWE 2K22 rather than a major departure. You will perform matches with dynamic animations, realistic physics, dodges, blocks, breakers, strikes, and all the special moves you know and love. We are fully expecting all the best modes, such as MyRISE, MyGM, Showcase, Royal Rumble, and Universe Mode to come back in expanded form, but also a new surprise or two. Among the most requested features are custom entrances, sharable rosters, and more interesting AI.

Being the cover star, this year’s Showcase mode will center around Cena’s career. However, instead of playing as the superstar himself, players will take control of his opponents in key matches.

A new mode called WarGames will be introduced. Here, two teams of three or four wrestlers compete in two side-by-side rings enclosed in a steel cage. Returning modes include MyGM, MyFaction, and MyRise.

The only other confirmed fighters in WWE2k23 aside from Cena are Cody Rhodes, Roman Reigns, Ronda Rousey, Steve Austin, Brock Lesnar, Rhea Ripley, Bianca Belair, Drew McIntyre, Bobby Lashley, and Hulk Hogan. While the full roster is still a mystery, one thing we do know is that many wrestlers will not be coming back for WWE 2K23 from WWE 2K22 since they have since left WWE and joined AEW. These include:

Multiplayer is where the WWE games really shine, and WWE 2K23 will undoubtedly feature a robust online suite. If WWE 2K22 is anything to go by, we can expect to battle it out with up to eight other wrestlers with custom characters, arenas, moves, and more in free-for-all, team, Royal Rumble, and all kinds of gimmick matches. We do know that the new MyFaction mode will now allow online multiplayer. One thing we do hope that WWE 2K23 fixes is adding in cross-play, which was not available in WWE 2K22.

Preorders are already live here! You can choose either the base game for $60 for last-gen systems, $70 for current-gen, or either the $100 Deluxe and $120 Icon editions that include early access to the game.