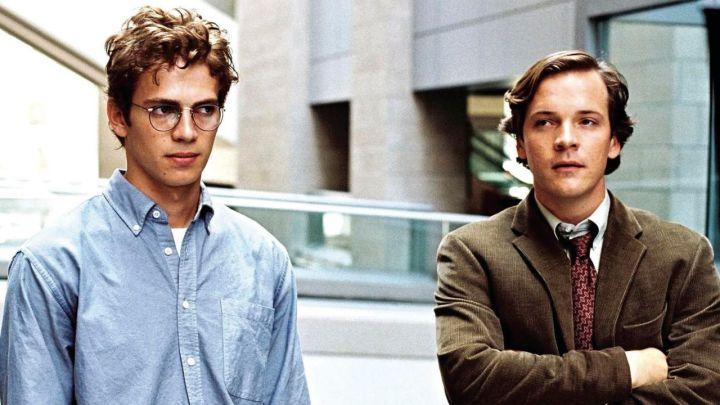 Cinema is a competitive and often ruthless medium. Multiple movies come out every year, each vying for critical acclaim and audience support; however, only a few succeed with both. Competition is great to keep the industry on its toes, but it also means many pictures go unnoticed by the mainstream, becoming lost in the sea of “content,” doomed to be part of some streamer’s library where few people will find, let alone watch it.

Perhaps they were overshadowed by other, flashier offerings, or maybe they lacked the mass appeal to make them commercial hits. Whatever the reason, these films came and went with few people noticing, which is grossly unfair because they are worthy of your attention. Comedies, dramas, action films, and even period pieces, these movies are great options for an afternoon in, and they can all be streamed right now.

Before the Star Wars prequels derailed his career, Hayden Christensen was among the most promising actors of his generation. He came close to an Oscar nomination for his supporting role in 2001’s Life as a House and returned to the indie world with 2003’s Shattered Glass. Based on the true story of disgraced journalist Stephen Glass and his scandal at The New Republic, the film chronicles his fall from grace after it was revealed multiple of his published stories were fabricated.

The film features a large ensemble cast, including a never-better Peter Sarsgaard, robbed of an Oscar nomination in 2004. Shattered Glass is a tense and thrilling drama for fans of hard journalism. However, the film also works as an intense character study, a look into the mind of a singularly talented man whose delusions and ambitions became too much.

You can stream Shattered Glass on Prime Video.

Say what you will about Guy Ritchie, but the man has style; nowhere is his distinct and hectic flair more notorious than in 2015’s spy adventure The Man from U.N.C.L.E. The film stars Henry Cavill as Napoleon Solo, a U.S. thief turned CIA operative paired with a volatile KGB agent to stop a mysterious organization from sparking nuclear conflict between the U.S. and Russia at the height of the Cold War.

Stylish, surprisingly funny, and fast-paced, The Man from U.N.C.L.E. is a delightful escapade that expertly blends the flash of the swinging sixties with the thrills of the action genre. In arguably his best role to date, Cavill excels alongside the always-reliable Alicia Vikander and Elizabeth Debicki, providing the film with enough visual appeal to allure audiences. Yet, The Man from U.N.C.L.E. is more than just beautiful people kicking ass, but who doesn’t love beautiful people kicking ass?

You can stream The Man from U.N.C.L.E. on HBO Max.

Streamers have plenty of great LGBTQ+ movies and tv shows to watch, but you should really give 2011’s Weekend a chance. Starring Tom Cullen and Chris New, the film follows two men who hook up after a night out and spend the weekend together, getting to know each other and themselves.

With the same time-pressed quality that makes Richard Linklater’s Before trilogy so hopelessly romantic, Weekend is an insightful and thoughtful exploration of gay relationships. The film avoids the classic and tired tropes of both the rom-com and the gay drama, instead focusing on telling a story about two people finding each other at a particular moment in time. Emotional but never manipulative, Weekend is an intimate, heartbreaking, but ultimately satisfying love story and the perfect proof that not all great romances end in “happily ever after,” and that’s fine.

You can stream Weekend on Tubi.

Based on Neil Gaiman’s eponymous 1999 novel, Stardust stars an ensemble cast led by Claire Danes and future Daredevil actor Charlie Cox. The film follows multiple characters in the fantastical kingdom of Stormhold as they race to capture a fallen star who takes the form of a young woman named Yvaine.

Elevated by a deliciously villainous performance from Michelle Pfeiffer and featuring Robert De Niro in possibly his most charming role, Stardust is a fantasy movie like no other. The film sometimes struggles to juggle its large ensemble, but every actor is game, and Matthew Vaughn’s direction never falters. Fantasy movies in the noughties had a hard time keeping up with the phenomenon that was Harry Potter, which meant Stardust fizzled at the box office in the summer of 2007. However, audiences can now rediscover and celebrate it as the instant classic it was always meant to be.

You can stream Stardust on Prime Video.

Like the best sci-fi movies, Sunshine is ambitious to a fault. Featuring spectacular visual effects and an above-average narrative that will satisfy fans of thinking-person sci-fi, Sunshine succeeds at every possible level. Gripping and thrilling, the film is a non-stop ride with impossibly high stakes and an overtly gloomy tone that spells bad news for its international cast. Still, it never succumbs to misery, not even in its darkest moments. Sunshine might be restrained and even subdued, but it remains a worthy entry into the sci-fi genre, standing out because of its distinct humanistic approach to a genre that usually favors machine over man.

You can rent Sunshine on Apple TV.

The rom-com is a timeless cinematic genre. However, few are as ridiculously charming as 1991’s Mississippi Masala. Starring Denzel Washington and Sarita Choudhury, the film centers on the romantic relationship between Demetrius, a Black man, and Mina, an Indian-American woman whose father longs to return to his home country of Uganda.

Unlike other rom-coms that settle with only telling its central love story, Mississippi Masala juggles other weighty themes, including displacement and race relations. Yet, the heart of the film is the central relationship between Demetrius and Mina, which only becomes richer because of the context in which it occurs. Washington brings his now well-known gravitas into the role, while Choudhury is a charming revelation. Fans of the genre should not sleep on Mississippi Masala, a rom-com that remains one of the best of the 90s.

You can stream Mississippi Masala on the Criterion Channel.

Charlotte Brontë’s 1847 classic Jane Eyre has received multiple adaptations. However, the definitive one might be Cary Joji Fukunaga’s 2011 version starring Mia Wasikowska and Michael Fassbender in the roles they were born to play. The film is a faithful adaptation of the novel, which chronicles the life of its titular heroine and her eventual relationship with the stern Mr. Rochester.

Framed by Fukunaga’s confident eye and driven by Wasikowska and Fassbender’s powerful performances, Jane Eyre is the perfect mix of melancholy and bliss. The film is quiet and introspective, presenting an elegant adaptation that is equal parts controlled and passionate, much like its now-iconic heroine. Jane Eyre came out during the boom of the period adaptations of the 2010s and got lost in the noise. However, it’s leagues above its fellow adaptations, with lush production values, top-notch performances, and a majestic score that cements Dario Marianelli as the master of period music.