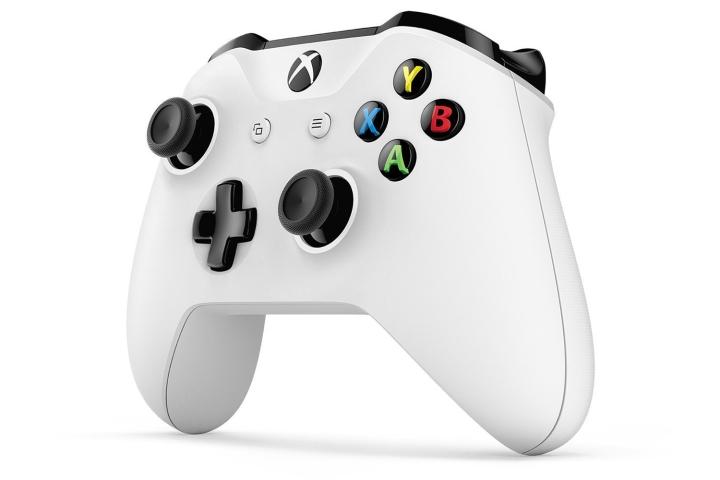 Over the years, the Xbox One has turned into a fantastic console for fans of everything from racing games to first-person shooters, and much of the console’s appeal comes down to its controller. Comfortable, simple, and sleek, the stock Xbox One controller is a great option for nearly any player.

If you want more customization, however, you have plenty of choices. Whether you’re a dedicated first-person shooter fan, love racing games, or are fully immersed in the fighting game scene, there’s an Xbox One controller to fit your needs. These are the best Xbox One controllers you can buy right now, including premium gamepads and controllers for those on a budget.

The standard controller that comes with every Xbox One console also happens to be one of the best you can get for the system. This Xbox controller isn’t fancy, but it doesn’t need to be. The basic layout of the controller is relatively similar to the Xbox 360 controller, with offset analog sticks that work perfectly for shooters, sports games, and everything in between. The bumpers/ shoulder buttons on the top have been improved since the first version of the controller was released, making them easier to press, and the triggers are wide enough for hands of any size to pull them.

It’s certainly simple, but the standard Xbox One Wireless Controller is a workhorse. Two AA batteries can easily last for weeks, compared to the PlayStation 4’s DualShock 4, which must be charged regularly. It can also be made into a wired controller by attaching a Micro USB cable, giving you less latency, perfect for sports or fighting games. Or the plug and play kit adds a rechargeable battery to the Xbox controller, allowing you to charge while you game. You can also use a charging station to give your controller more juice in between gaming sessions.

Important note: While this model is the standard controller for the Xbox One, Microsoft has released an updated Core version for the Xbox Series X with a more durable design, USB-C connection, and new share button. It’s entirely compatible with the Xbox One, and if you are looking for an upgrade, it’s an excellent alternative (although you will need a USB-C connection for connecting it directly to a console). Plus, the newer controllers are available regularly at retailers.

The plain black or white designs for Xbox One controllers aren’t the most exciting things in the world, but you don’t have to settle for anything less than a fully customized gamepad. The Xbox Design Lab allows you to create your own controller, with everything from the triggers to the analog sticks coming in an assortment of different colors.

If you want to make your controller look like Waluigi, with a purple front and yellow back, you totally can, or you can go with something more sleek and subtle. You can even get your Gamertag printed on the controller for a personalized touch. You’ll pay a bit more for this gaming controller, but depending on your tastes, that could be worth it. This controller works with Xbox Series X, as well.

One of the world’s most expensive controllers has proven popular enough to warrant a second version. Revealed at E3 2019, this new version builds on the original in almost every way — but we all know the biggest improvement is the shift to a USB-C port for charging its 40-hour battery. It can even double as a wired controller if you’re particularly sensitive to wireless lag during an Xbox Game.

The Elite Wireless Controller Series 2 comes with interchangeable thumbsticks, D-pads, and paddles, plus it has the ability to adjust the tension of its analog inputs for things like faster trigger speeds and weightier movement and aiming. They even redesigned the rubberized grip, a common point of concern in the original version. If you’ve ever wanted to toss your original controller in the trash and spend an extra $100 for some extra buttons, the Xbox One Elite Controller Series 2 is for you.

On the third-party side, Razer’s Wolverine Ultimate controller offers just as many customization options as the Xbox Elite Controller, plus a little extra style for those interested in flashing lights.

Bundled with interchangeable analog sticks and directional pads as well as remappable bumpers and triggers, you can create and save more than 500 different customized setups depending on the game you’re playing, and the controller’s sensitivity levels can be adjusted to give you the same level of customization you’d expect on a mouse. If you’re a fan of vibration, you can increase it in both the Impulse Trigger and the standard rumble motors, which should make your racing or shooting even more immersive.

Want a little more flair while you frag? The Wolverine Ultimate also includes Razer’s Chroma lighting, giving you gorgeous effects that can be changed based on your preferences or, if you’re a streamer, based on your audience’s reactions.

The Duke is a blast from the past for those who loved the original Xbox controllers growing up and were a fan of the more ambitious design choices like clear paneling. This controller is made with the classic Xbox button layout but is completely compatible with the Xbox One and includes vibration feedback.

There are also cool little features like the circular screen that can play the original Xbox animated startup when you first turn the controller on. If you’re looking for a classic experience to capture some of the magic of video games past on your Xbox One, this controller is just the trip down memory lane that you’ve been looking for.

The standard Xbox One controller is great for many games, but it struggles with 2D fighting games — the default layout of the buttons and the directional pad aren’t ideal for the quick movements needed in the genre. To solve that, Hori made the Fighting Commander line, with the most recent Octa model perfect for both Xbox One and Series X.

It’s a controller that bears a remarkable resemblance to a certain Sega controller from back in the early 1990s, with D-Pad, joystick, and shoulder setups made for gaming. The Octa also is wired, which is necessary for serious fighting-game events.

The configuration of the Fighting Commander is a little different than other controllers, with the RB, RT, LB, and LT buttons all located on the right side, and two extra buttons included on the left side.

The curved design of the back is more ergonomic than the controllers of yesteryear, but it should feel perfect for anyone who played Mortal Kombat on Genesis. The controller won’t set you back much, either, costing less than all other options on our list, and it’s much smaller than a traditional full-sized fight stick.

Playing on a traditional controller can be an extremely difficult or even impossible task for players with physical disabilities. The Xbox Adaptive Controller aims to serve this group of players by providing a fully customizable hub for accessibility devices. Every button on the standard Xbox One controller is represented by an input port on the side of the Xbox Adaptive Controller, and users can use a 3.5mm or USB device to control these functions in whatever way serves them best.

If more than one person in your household uses the Adaptive Controller and they have different needs, you can also customize profiles and switch between them on the fly. The controller comes with a 9-foot cable to charge its battery, and it’s also compatible with Windows 10 PC games.

If you and your friends tend to run through a lot of controllers, you know that replacing them can get expensive. This PowerA model is an affordable option, less than half the cost of a traditional Xbox One controller while still providing all the utility you expect.

It also includes updates to the Xbox controller design like a share button and has a surprisingly useful little dial for game audio and muting chat when you are with a team. The gripping materials also help you keep precision — and it comes in a wide variety of colors and patterns to pick from. Keep in mind that it is wired, so it will need to stay closer to the console (something that may also help controllers last longer).

Periodically, Microsoft offers special editions of its Xbox One controllers for fans who are looking for something a little extra. We particularly like this 2021 design that features red, gray, and black camo.

It’s a nifty design that goes well with just about everything and includes all the latest controller upgrades like textured grips on the triggers and bumpers, a hybrid D-pad, a share button, and more. Everything works with the Xbox One, and if you are ever ready to upgrade to the Series X, then full compatibility is assured for that model as well!

If you want to go all out, you can combine this with various pedals and shifters, for the full experience. Now, it’s important to keep in mind, that this base doesn’t include the wheel itself, but works with any compatible Thrustmaster wheel on the market.

The best for gaming on a budget

Controllers can be expensive, but thanks to the PDP Black Afterglow Wave, they don’t have to be. With this device, you get the same general design as a first-party Microsoft Xbox controller, but with some added style. With it being an Afterglow device, this controller has built-in custom LED lights that look fantastic against the black finish.

The Black Afterglow Wave also has re-mappable buttons and triggers and even lets players adjust dead zones for maximum customization. It’s comfortable, has a gorgeous design, and is officially licensed by Microsoft. Afterglow is known for its high quality that rivals first-party products, so for $45, you can’t go wrong here. This controller works for Xbox One and Xbox Series systems.

The best for gaming on a budget