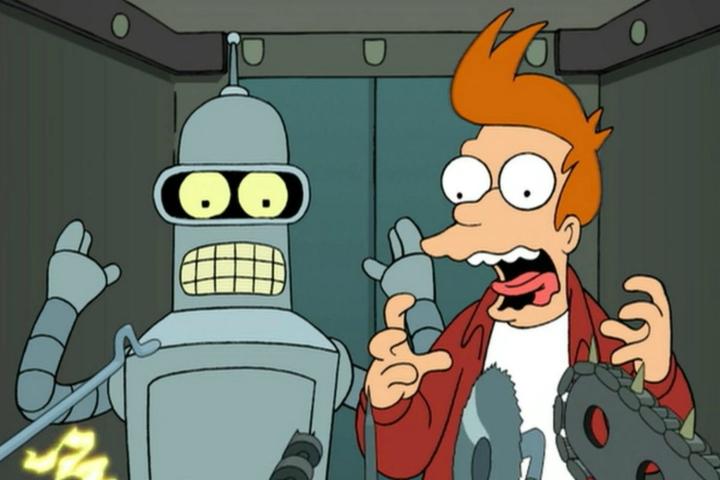 There’s nothing quite like seeing two guys acting like close friends, and television shows have depicted many manly pals with some spectacular energy over the years.

From old-time chums to synergetic co-workers, plenty of TV bromances presented audiences with many wonderful moments, making viewers want to tune in more than the actual romantic couples brewing on the side. In honor of these dynamic duos, here are the TV bromances that gave audiences around the world friendship goals.

On the day Fry arrived in the year 3000, he encountered Bender on the street as he was trying to use a suicide booth. Ever since Fry saved Bender and helped him find a new purpose in life, the two of them have remained inseparable.

Despite Bender’s many heinous actions toward Fry, these two have continued to be best friends, doing whatever they can to love and support each other. Fry was even willing to spend the rest of his life looking for Bender after the latter was lost in space, showing that not even the universe itself could keep them apart.

In That 70s Show, Eric and his group of friends were already very close, but Fez and Kelso were arguably closest to each other. Though the two of them started out as competitors for Jackie’s love, they became best pals as the show went on, and they even moved into an apartment together.

Kelso often helped Fez pick up women and guided him through his relationships, and Fez always helped Kelso with his ridiculously dangerous shenanigans. They did end up fighting over the same woman at times, but no one ever got in between these two for long.

These two IT guys frequently goof off together in their dead-end jobs in the basement of Reyholm Industries. Though they typically play video games or watch movies, Roy and Moss end up getting into all sorts of unusual situations, which include becoming unwitting accomplices in a bank robbery and spending an evening with a cannibal.

Even though Roy doesn’t always treat Moss right, he still guides his socially awkward friend through the troubles of his daily life. In return, Moss always does whatever he can to help Roy get out of any pickle, including making out with him to hide from the police.

Charles Boyle has long been Jake’s wingman and hypeman both on and off the field, but Jake has proven himself to be just as supportive of his best friend. Each of them is always there to give the other moral support, with Jake guiding Charles and keeping him from going “full Boyle.”

However, Boyle has been known to fixate on Jake’s social and romantic life to a creepy degree. At times, it seems like Boyle’s friendship with Jake has consumed his entire identity, but Boyle has still been able to stand up for himself whenever Jake wrongs him or goes too far with his antics. Despite their clashes, the two of them continue to be brothers-in-arms.

Chandler wasn’t fond of Joey as his roommate at first, but the duo quickly bonded and became the best of friends (pun intended there). Joey often pushes Chandler out of his comfort zone and makes him try new things, intentionally or accidentally, giving more zest to their friendship.

Though Joey and Chander have been known to fight over things as trivial as a chair, their friendship has always persevered in the end, as Chandler is willing to do anything to prove how much his friendship means to Joey, including locking himself in a box.

These two high school pals enriched the lives of countless TV audiences as they spent their adult days hanging out at Jerry’s apartment or Monk’s coffee shop. Sharing a love of superheroes, baseball, and complaining about every single detail of their lives, Jerry and George aid each other as they navigate the mind-numbing intricacies of modern society.

They may occasionally screw each other with their self-centered escapades, but no matter what they do, these two man-children are bonded for life.

Danny Pudi and Donald Glover’s chemistry on the set of Community led to their characters becoming one of the best things about Dan Harmon’s show. The duo frequently gets into all kinds of shenanigans that their friends and sometimes everyone at Greendale join in.

Whether they’re making giant blanket forts, acting like police detectives, pretending the floor is lava, watching Inspector Spacetime, or just playing in their Dreamatorium, Troy and Abed’s friendship has been the source of many of the show’s best moments, making it heartbreaking to watch the duo separate in Season 5.