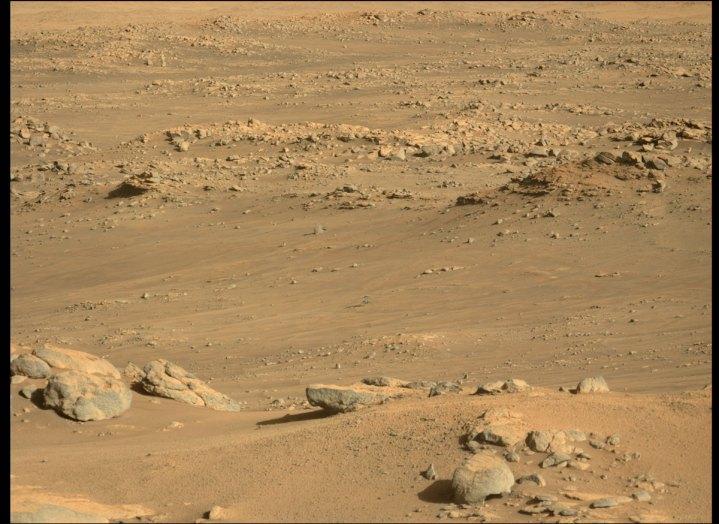 The Mars helicopter Ingenuity has made its third flight of the year, which also marks its 40th flight since it landed in the Jezero crater along with the Perseverance rover in February 2021. Despite being originally intended for just five flights and having to weather the Martian winter, the little helicopter is still going strong as it comes up to its second anniversary on the red planet.

On the helicopter’s 40th flight, it traveled from an area named Airfield Z to Airfield Beta, on its way to join the Perseverance rover as it explores the Jezero river delta. It will help scout ahead for the rover, identifying safe routes for the rover to drive as it searches for evidence of ancient life that could have existed when water was present on the planet’s surface billions of years ago.

The details of each Ingenuity flight are recorded in the Flight Log, which shows how far the flight was in terms of horizontal distance covered, plus the maximum altitude and maximum groundspeed that the helicopter achieved, as well as the flight duration and route.

While Ingenuity is in the air, it takes photos not only with its 13-megapixel color camera but also with its 0.5-megapixel black-and-white navigation camera. The navigation camera points downward toward the surface and is used by the helicopter’s onboard computer to determine its position and altitude. On a typical flight, the helicopter will take a few color images but many more black and white images as these are needed for it to fly correctly.

All of the images Ingenuity takes are made publicly available, including the navigation images. So if you ever wanted to see what Mars looks like from the perspective of a helicopter, you can browse the gallery here. The gallery for the most recent flight is here, with 10 black and white and two color images available.