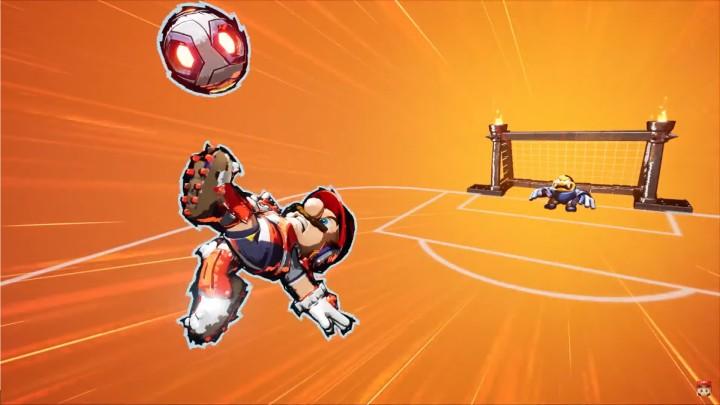 If you had asked me whether or not I was ready for an upgraded Nintendo Switch two months ago, my answer would have been an emphatic yes. I had just played Pokémon Scarlet and, like many people, was baffled by its poor technical performance. I began to wonder if Nintendo’s aging hardware had finally hit its limits, unable to meet developers’ growing ambitions. Perhaps it wasn’t just time for a Switch Pro, but a new console altogether.

That desire was a reactionary one. Two months after that Pokémon game’s ugly launch, I find myself stunned by the Switch’s latest exclusive, Fire Emblem Engage. The tactical RPG is one of the console’s best-looking games to date. It’s a major step up from 2018’s Fire Emblem: Three Houses, with brighter colors that pop on my Switch OLED screen and silky smooth performance that makes it feel like a playable anime.

Fire Emblem Engage is the latest in a consistent line of mythbusters about the Switch’s “outdated” hardware. It’s another exclusive that proves Nintendo’s console is still a perfectly capable gaming device so long as developers design around its limitations and optimize for it accordingly. If more studios take those cues, the wait for an inevitable Switch 2 could become much more bearable.

If you look at Fire Emblem Engage and Three Houses side by side, the jump in quality is immediately apparent. The former has much cleaner visuals overall, as images have smoother edges. Load times are quicker, its frame rate is more consistent, and animated cutscenes look spectacular. There’s a sense that developer Intelligent Systems identified all of the technical shortcomings in Three Houses and, for the most part, resolved them sufficiently. That was done on the same Switch hardware it used in 2018, making it clear that developers can still get more mileage out of the current platform.

Engage’s upgrades aren’t just technical, though. Much of its appeal can be attributed to strong art direction. Its vibrant colors are much more aesthetically pleasing than the flat browns that made up Three Houses’ world. Battlefields are awash in cool blues and greens, while characters have more elaborate outfits complete with flashier color accents. The world feels more lively as a result, giving it an entirely distinct tone and feel. I can’t imagine what more console power could do to meaningfully improve it, save for reducing some visual noise during animated cutscenes.

The Switch’s best games understand that great art direction can go a long way. Last year’s Kirby and the Forgotten Land is one of my favorite Switch games from a visual standpoint, and it certainly doesn’t demand PS5 levels of power. It functions in the same way Fire Emblem Engage does, utilizing a strong color palette and creative visual design to create its distinct look. Similarly, Mario Strikers: Battle League looks exactly as good as a Mario sports game really calls for, even going above and beyond with its stylish Hyper Strike animations.

Recent Pokémon games are something of an outlier among Switch’s first-party exclusives, which often excel given the hardware’s aging tech. Xenoblade Chronicles 3, for instance, has an even larger open-world scope than Pokémon Scarlet, and it’s able to deliver on those ambitions with little in the way of issues. Some of its textures may look muddy close-up, but they don’t take away from its awe-inspiring landscapes. In the hands of the right developer, the Switch is still a more than capable console — so long as it’s not striving for realism.

That last part creates a fair sticking point for those begging for a new console. While some developers have no problem working around the current Switch, there’s no doubt that it’s a restrictive platform compared to its current peers. A Kirby game might not look much different on Switch 2, but a third-party studio looking to make something more tech-intensive could use the extra flexibility that comes with more up-to-date tech. Even Nintendo’s best-looking games would benefit from faster frame rates, better load times, and 4K visuals.

All of that makes the fervor for a new Nintendo console entirely understandable, but a new console launch isn’t a flippant decision. It asks players to set aside a few hundred dollars to upgrade, lest they get left behind in a generational jump (Nintendo doesn’t have a great history of cross-gen support, after all). Nintendo would need to give players a good reason to upgrade when that inevitable time comes rather than simply moving them to a system that’s only slightly more capable. Otherwise, it would simply be a stopgap solution that will inevitably have fans clamoring for another upgrade a few years later.

When I play Fire Emblem Engage, I ultimately find myself at peace with where the Switch is at considering its age. It’s a gorgeous RPG that looks positively radiant on my OLED screen thanks to strong art direction and optimization. I’d love to see it running at a smooth 60 frames per second, but not so much that I’m itching to shell out up to $400 for that luxury. I can live with that kind of concession for another two years if it means we might see a Switch successor that feels less outdated on day one.

And hey: If you aren’t willing to wait that long, there’s a certain portable device out now that might cure your impatience.

Fire Emblem Engage is out now on Nintendo Switch.