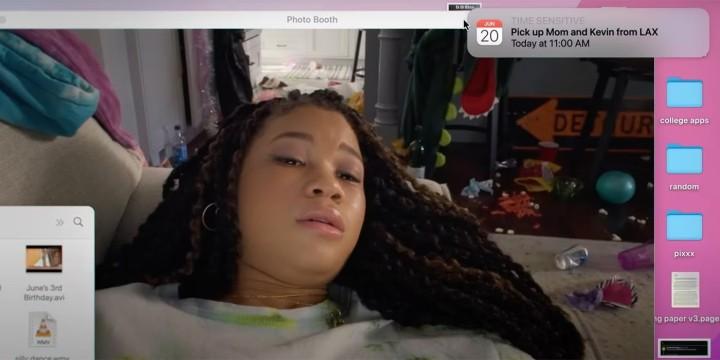 In 2018, John Cho starred in a clever little thriller called Searching, which told a story about a father desperate to find his missing daughter. It became a surprise critical and commercial hit and was praised for its unique way of telling the entire story through a computer screen.

Five years later, Sony is releasing a follow-up of sorts, Missing. While set in the same world, Missing tells a new story about a teenage girl who quickly realizes her mother has disappeared. Utilizing the power of social media and Google, she tries to track her down while also uncovering some mysteries about her past. If you are interested in having Missing‘s ending explained, you’ve come to the right place!

What is Missing about?

The movie opens with archival video footage of 10-year-old June (Storm Reid) with her now-deceased father James. We learn that he died from a brain tumor shortly after the video was taken. It then transitions to the present when we meet a now 18-year-old June, who is planning a party at her home in Van Nuys, California after her mother, Grace (Nia Long), leaves for Colombia with her new boyfriend, Kevin Lin. Her mother insists that she be looked in on by next-door neighbor Heather, a lawyer who expresses some jealousy at Grace’s relationship with Kevin. She also implores her daughter to clear her voice message box, which is always full and never accessed by June.

After days and nights of partying hard with her friends Veena and Austin, June has to pick her mother up at the airport. She never shows, which causes June to contact the authorities. Because she has no other family members and has no solid proof her mother is missing, they can’t do anything. June decides to investigate herself using an array of digital tools at her disposal: Google Maps (where she tries to track her mother’s location in Colombia), Facebook messages, internet search histories, etc. She also hires the services of Javi, a Colombian resident who does June’s requests for a small fee.

It quickly becomes apparent to June that Kevin, her mother’s boyfriend, isn’t who he says he is. Hacking into his Gmail account, she discovers a number of aliases and, eventually, a criminal record consisting of fraud. Believing Kevin to have kidnapped her mother for her money, June has Javier look for clues as to their whereabouts in Colombia while she investigates.

She traces Kevin’s past movements to an unknown location in the Valley, where she talks to Jim (tagged as “Jimmy church guy” by June). He tells her Kevin’s been rehabilitated and is genuinely in love with Grace. June eventually accesses her mother’s online dating profile, where she discovers that her mother was already aware of Kevin’s past. She also hints at a secret from her past that she wants to share with Kevin in person.

The police inform June that they’ve received video of someone that a band of criminals seemingly kidnapping Kevin and Grace in Colombia. June quickly uncovers that this is a lie; in fact, her mother never left Los Angeles for Colombia. Kevin had hired a lookalike actress named Rachel Page to impersonate her mother. The case makes national headlines, Rachel confesses she didn’t know what Kevin was up to when she went with him to Colombia, and there’s speculation that Grace herself has something to do with her own disappearance when it’s revealed that she’s had multiple aliases as well.

Let the bodies hit the floor

Believing her mother to be innocent, June’s suspicions fall on neighbor Heather. Using a handheld pocket watch camera, she sneaks into Heather’s office. After finding it ransacked, she stumbles upon Heather’s dead body. Later, June views live footage of a police raid in Colombia focusing on Kevin, who is shot and killed.

Seemingly at a dead end, June is about to give up but manages to access her mother’s e-mail, which has been protected by an unbreakable password that June couldn’t guess until now. She tracks down a threatening e-mail directed at Grace and a security camera that Grace bought and installed at an abandoned house. Viewing the camera footage, June realizes it’s her old home. Just then, “Jimmy church guy” calls and indicates he has some information about her mother. He is soon at June’s door and begs her to come in. She opens the door and discovers …

How does Missing end?

… it’s her dad, James! Wait, what? Yes, June’s deceased father never really died. He tells her Grace took her away from him and has been hiding under a different name all these years. While seemingly his intentions are good, they quickly turn out to be the opposite as Grace ran from him after being abused by him for years. She told June he died to spare her the pain of finding out her dad was a domestic abuser whose drug habit endangered all of them.

He quickly kidnaps June and takes her to their old home where Grace is being held. Mother and daughter are reunited, but they are soon threatened by James, who shoots Grace. James tried to capture June to leave, but a revived Grace stabs him in the neck with a shard of glass. James tries to call the hospital but dies.

The next scene shows that some time has passed. June is in college now, and she converses with her friends about a fictional true crime show based on what happened to her and Grace. Her mother texts to tell her that she loves her. June responds back that she loves her too.