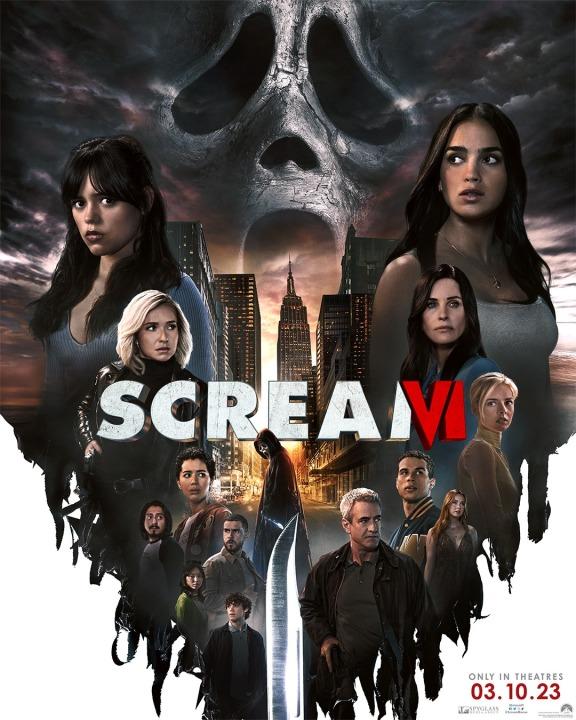 You can run. You can hide. You can even leave Woodsboro, But you can’t escape Ghostface. Tis is evident as the masked murderer heads to New York City to wreak havoc among the survivors from Scream V in the trailer for Scream VI.

In Scream V, Sam was revealed to be the illegitimate daughter of Billy Loomis, the original Ghostface from Scream. In the trailer, Sam comments about a “darkness” inside of her that followed her to New York City and will keep coming for her and her friends. That darkness is a bloodier, more violent Ghostface, who follows the Carpenters into a bodega and viciously kills multiple people at the beginning of the trailer.

Courtney Cox (Friends) reprises her role as Gale Weathers, the legendary news anchor who has outlived numerous attacks by Ghostface. The trailer also marks the return of Kirby Reed (Scream 4’s Hayden Panettiere), who survived a brutal stabbing in Scream 4 and was long thought dead. Noticeably absent from the fold is Neve Campbell (The Lincoln Lawyer), who will not appear as Sidney Prescott due to a contract disagreement.