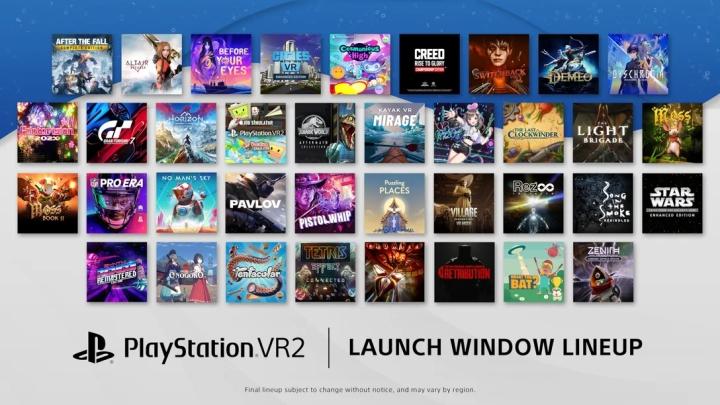 At CES 2023, Sony confirmed that there would be over 30 launch titles for PlayStation VR2. Today, we learned specifics on what exactly 37 of those PlayStation VR2 launch window games are on PlayStation Blog.

This announcement also contains 13 new titles that we didn’t know were coming to PlayStation VR before. Particular new highlights include Before Your Eyes, an emotionally moving game where blinking is the main form of interaction, Tetris Effect: Connected, a multiplayer-enhanced version of one the original PlayStation VR’s best games, and What the Bat?, a comedy game where the player’s arms are bats. Of course, the crown jewel of PlayStation VR2’s launch is still Horizon Call of the Mountain, a VR spin-off of one of PlayStation’s most successful recent franchises.

Check out the full list of confirmed launch titles:

Overall, it’s a fairly solid lineup considering that PlayStation VR2 is not backward compatible with its predecessor; that said, it also means that its launch contains quite a few ports, which don’t elicit the same excitement as games like Horizon Call of the Mountain or Fantavision 202X. Hopefully, Sony continues to support the VR headset with interesting first and third-party exclusives.

PlayStation VR2, and many of the games in the launch window list, will be released on February 22.