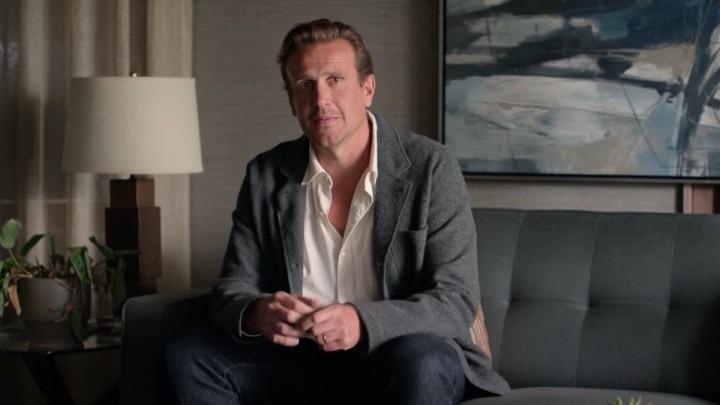 What if therapists told you what they really think? How would you react? Jason Segel (How I Met Your Mother) is a therapist who starts to tell the truth in the trailer for Shrinking, a new comedy series from Apple TV+.

Segel plays Jimmy Laird, a therapist struggling to cope with the loss of his wife. As a result of his grief, Jimmy reaches his breaking point and shares brutally honest opinions during his sessions. The newfound approach to therapy gives Jimmy a new lease on life as he starts to break through with his patients. However, this strategy is a “breach of ethical barriers,” a sentiment shared by Jimmy’s fellow therapist and mentor, Dr. Paul Rhodes (Indiana Jones’s Harrison Ford).

Shrinking is the latest series from Bill Lawrence, the co-creator of the Emmy Award-winning Ted Lasso. At a Television Critics Association panel, Lawrence explained that he set out to write a comedy about “grief because the world is a bit of a dumpster fire right now.” Lawrence co-created Shrinking alongside Segel and Ted Lasso star Brett Goldstein. All three will co-executive produce alongside Jeff Ingold and James Ponsoldt.