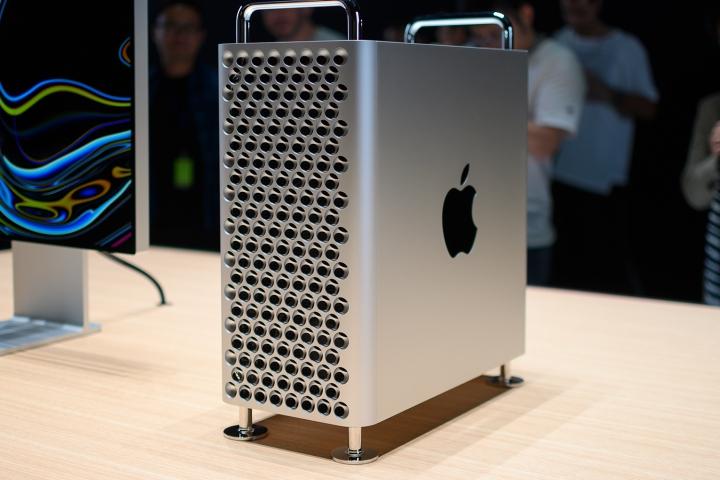 Apple has come under fire for its Mac trade-in prices, with one person claiming their $50,000 Mac Pro was valued at the shockingly low price of less than $1,000 by Apple.

David Imel, a researcher for YouTuber Marques Brownlee, posted a screenshot of a valuation they had received from Apple for one of their office Mac Pro computers, which cost them $52,199 (and which Apple still sells for the same price). Apple’s valuation was $970, which is about the same price as an iPhone 14 Pro.

What else has dropped 50x in value in 3 years.. besides crypto? pic.twitter.com/pRESBQBoT4

Apple lists all the maximum prices it will pay for traded-in products on its website. For the Mac Pro, that amount tops out at $1,250. If you’d paid $52,199 for one, that represents an almost 98% drop in value, despite the Mac Pro still being available for that same price.

Imel was not the only person to receive a disappointingly low estimation from Apple. Twitter user @jasonbshew shared a similar story where they were offered $720 Canadian (roughly $540 U.S.) for their 16-inch MacBook Pro with M1 Max chip, a price they described as “brutal.” This particular model — with a 10-core CPU, 24-core GPU, and 4TB of storage — was still being sold by Apple for $4,299 as recently as the morning of January 17, if our calculations are correct.

Shop around for better prices

Apple’s trade-in prices have never been particularly attractive, with the company usually offering far less than other outlets. It is possible that Apple is banking on customers being willing to take the financial hit in return for the convenience of being able to return an old product and purchase a new one in the same transaction.

We tried putting a refurbished 14-inch MacBook Pro through the process. The device is the base-level model with an M1 Pro chip and was bought in late October 2022 for 1,619 British pounds (roughly $2,000). If we were to trade it in with Apple today, we would receive $795 for it. That’s a 60% drop in two and a half months.

It’s not just Macs that offer poor value for money if you trade them in through Apple. The company says it will give you up to $570 for an iPhone 13 Pro Max — previously one of the best iPhones before the current generation — although we were only offered $540, despite saying the device was in good condition. From other companies, we were able to get up to $751 for the same device.

Apple cut its trade-in prices in November 2022 and has done so again since that time. In November, you could get up to $650 for an iPhone 13 Pro Max, which is $80 more than Apple says it will give you today.

If you are thinking of trading in an Apple device so you can upgrade to something else, it is almost certainly worth shopping around first to see if you can get a better deal elsewhere. Based on this evidence, it’s unlikely you will get an attractive price from Apple.