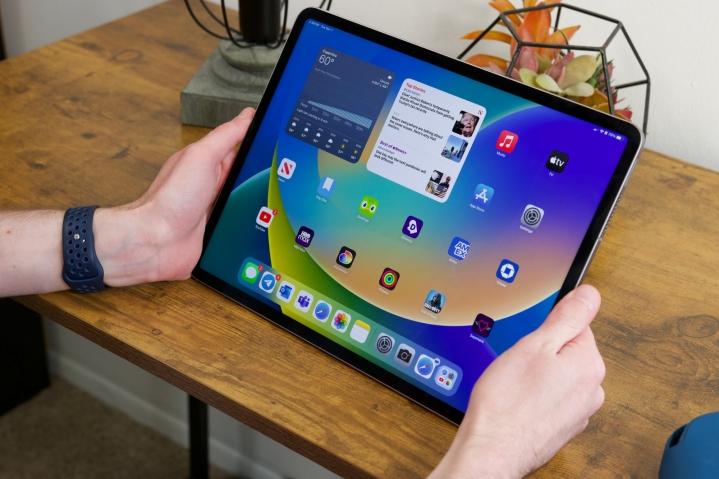 Apple’s iPad has come a long way since it first launched in 2010. It now spans four different variations: iPad, iPad mini, iPad Air, and iPad Pro. The iPad Pro lineup is the most peculiar because it has always come in two sizes ever since it debuted in 2015. There was always a 12.9-inch size, but the smaller model started with a 9.7-inch display, then a 10.5-inch one, and we now have the 11-inch model that exists today.

For some time, there wasn’t much difference between the two iPad models except for the screen size — if you wanted something more portable, the smaller one was the way to go. You could choose it and not miss out on any features that were only available on the larger, less-portable iPad Pro model. But since Apple added M-series chips to the iPad Pros, the 11-inch version has felt a bit out of place, as Apple only gives the larger 12.9-inch version the much-improved Liquid Retina XDR display with mini-LED technology.

So, at this point, why does the 11-inch iPad Pro exist?

Not so Pro anymore

If you take a look at the iPad lineup right now, the iPad Pro models are still the most powerful options available. They both come equipped with the new M2 chip, have the 120Hz refresh rate ProMotion display, 12MP main and 10MP ultrawide cameras capable of shooting in 4K and ProRes video, Face ID, Center Stage, come in up to 2TB storage, have Apple Pencil 2 support with hover capabilities, and more. It’s a laundry list of features.

However, the 11-inch falls short of its larger sibling by not having the mini-LED Liquid Retina XDR display. The pixel density is the same, but the colors aren’t as vibrant, and the blacks aren’t nearly as deep. It’s a fine panel, but it’s a considerable step down from the 12.9-inch Pro.

When someone looks at the iPad Pro for a potential new purchase, they’re choosing that model because it’s the most powerful, and it’s great for those who need to do a lot of graphical work or need to run apps that may take a lot of resources and computing processing power. However, those who value portability are basically being punished for choosing the smaller size, because they will be missing out on the much better screen.

The 11-inch size is still great for those who may want to use it as a digital sketchbook, or do a lot of photo and video editing on the go — why do they need to miss out on having a better display just because they want the smaller one? Not everyone wants a humongous 12.9-inch tablet.

It’s similar to when Apple punished those who chose the smaller iPhone 12 Pro model instead of the iPhone 12 Pro Max by having better camera sensors on the larger phone. With the 11-inch iPad Pro, you still have most of the “pro” features like M2, ProMotion, Face ID, and more, but that XDR display can really make all the difference.

The 11-inch size is in an odd place

At this point, the 11-inch size is also in a weird place, considering that the iPad Air’s 10.9-inch body is so similar. The iPad Air itself is also not a bad device, and it’s similar to the 11-inch iPad Pro in a few ways, too, for a lot less money.

With the iPad Air, you still have a Liquid Retina display with 2360 x 1640 resolution at 264ppi (the 11-inch iPad Pro is 2388 x 1668 at 264ppi), M1 chip that is still perfectly powerful, Center Stage, 12MP wide camera (no ultrawide), Apple Pencil 2 support, and a few more things. You don’t get the 120Hz ProMotion display, Face ID (the iPad Air uses Touch ID in the top button), Thunderbolt/USB 4 support, faster Wi-Fi speeds, up to 2TB storage, and there are fewer speakers and microphones.

But even with those omissions, the iPad Air is a perfectly capable device and offers most of what you would get with the iPad Pro — all while saving you a few hundred bucks in the process. Unless you absolutely need that 120Hz refresh rate, Face ID, ultrawide rear camera, and Thunderbolt/USB 4 support, then I would just recommend an iPad Air over the 11-inch iPad Pro these days.

I still have a 2020 11-inch iPad Pro, and it runs fine for what I use it for, which isn’t much. I’ve long abandoned the “use an iPad only for work” mentality long ago because iPadOS 16 is still quite limiting compared to a full-fledged Mac. But ever since Apple positioned the 12.9-inch iPad Pro as the clearly superior version, I just have to ask: why is the 11-inch Pro still around?

Even Apple doesn’t really push for the 11-inch model — reviewers of the latest iPad Pro model seemed to all get the 12.9-inch model with the 11-inch one nowhere in sight. It’s pretty clear that Apple doesn’t care about this version, and it’s mostly made redundant by the more affordable iPad Air anyway.

I still love the size, but I think it’s about time to put the 11-inch iPad Pro out to pasture.