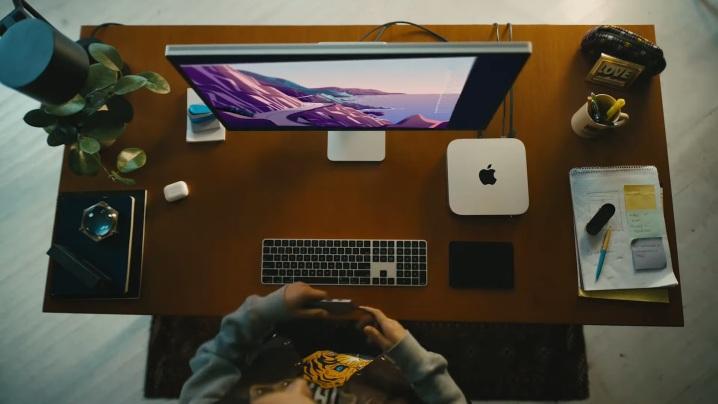 It’s been almost three years since Apple updated its popular Mac Mini, and the machine is finally getting a makeover. This time around, the Mac Mini comes with Apple’s new M2 processor or the M2 Pro, as well as a boost to memory support.

The machine will be here soon, so we rounded up the Mac Mini M2 release date, specs, performance, and more to get you up to speed.

The Mac Mini M2 releases on January 24, 2023, and pre-orders are available now. Like Apple’s other releases, you can trade in your old Mac for credit toward a new Mac Mini M2, or you can recycle your old model through Apple for free.

The Mac Mini M2 is cheaper than the previous generation, with the base model clocking in at $600. This time around, Apple has three models available, including a beefed-up version of the Mini that comes with the M2 Pro chip.

The M2 Pro model doesn’t come with the full chip in its default configuration. You’ll have to spend an extra $300 to unlock the M2 Pro with a 12-core CPU and 19-core GPU.

Although these are the configuration Apple has listed for sale, you can customize them further:

In addition to better specs, the M2 Pro Mac Mini comes with four Thunderbolt 4 ports. The base M2 models only come with two Thunderbolt 4 connections.

The Mac Mini M2 and Mac Mini M2 Pro include some big updates over the previous generations, and as you can read in our Mac Mini M1 review, that machine was already among the best desktops you can buy. We’re still waiting on the Mac Mini M2 and M2 Pro to release, so all we have are Apple’s performance claims for now.

Compared to the Mac Mini M1, the M2 model boasts 2.4x faster ProRes transcoding in Final Cut Pro, according to Apple. It also has 50% faster filter performance in Adobe Photoshop, as well as up to 35% “faster gameplay” in Resident Evil Village. This game is one of the few that supports Apple’s MetalFX upscaling, so it’s not clear if that’s factoring into the performance claims.

Those might be optimistic claims, though. In our MacBook Air M2 review, we saw only marginal performance gains with the M2 over last-gen’s M1 in transcoding apps like Handbrake. On the other end, the M2 was leagues faster than the M1 in Adobe Premiere Pro, verifying some of Apple’s claims.

The Mac Mini design allows the M2 to stretch its legs a bit more. Cramped in the MacBook Air, we saw the M2 reach temperatures of 108 degrees Celsius under full load. The Mac Mini includes a fan to keep the CPU cooler and, hopefully, improve performance. We’ll have to wait until the desktop is here to see for sure, though.

As for the Mac Mini M2 Pro, the processor is slightly faster than the base M2. The big jump is memory support and speed. The M2 Pro supports twice the memory bandwidth as the M2, and you can configure the Mac Mini with up to 32GB of Unified Memory.

Although that’s a big jump, the M2 Pro Mac Mini isn’t receiving the full M2 Pro chip. It tops out with a 10-core CPU and 16-core GPU, but the M2 Pro can support up to a 12-core CPU and 19-core GPU. You can unlock this full chip, but it’s a little more expensive.

Those extra Thunderbolt 4 connections can make a difference. Although Thunderbolt 4 can power two 4K displays at 60Hz, Apple says the Mac Mini M2 only supports two displays, while the M2 Pro model supports up to three displays.

It’s possible that Apple is basing this support around its Studio Display, which comes with a 5K resolution. Apple recommends this display for the M2 Mac Mini, but you can still use any of the best monitors for the Mac Mini, either through Thunderbolt 4 or the HDMI connection.

In addition to three displays on the M2 Pro Mac Mini, Apple says this model also supports one 8K monitor, which is the first time a Mac has ever supported that resolution.

For the other ports, Apple says the headphone jack has been upgraded to support high-impedance headphones. You can also upgrade the Gigabit Ethernet port to a 10 Gigabit option, which is $100 more expensive.

Wireless connectivity is top-notch, as well, with both the M2 and M2 Pro models sporting Bluetooth 5.2 and Wi-Fi 6E support.

Apple didn’t announce the Mac Mini M2 and M2 Pro at a big event like it normally does. Instead, it quietly released a YouTube video on January 17 announcing the new products. You can watch the full announcement, along with Apple’s performance and spec claims, above.