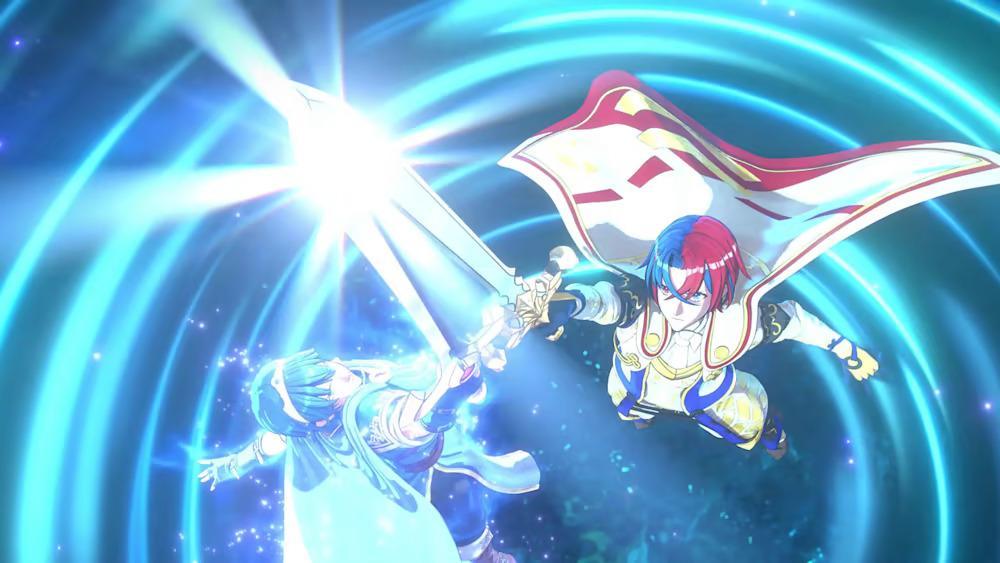 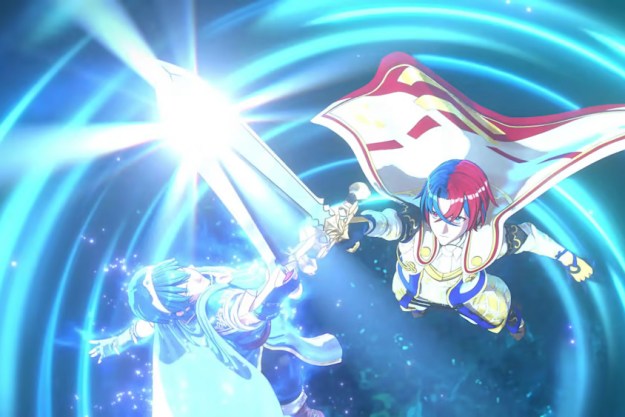 “Fire Emblem Engage is another reliable hit in the tactics series, even if it isn’t as much a step forward as previous installments.”

Whenever I play a tactics game like Fire Emblem Engage, I always make the same critical mistake. There’s always that moment when I get too cocky and try to push the momentum by throwing one of my troops in mortal danger. That happened to me in one late-game Paralogue, where I began a mission by sending one wyvern-riding sage flying down the battlefield without scouting it first. I was met with a fatal arrow from a turret I would have seen had I taken a more measured approach. Sometimes, you need to know when to take a step back, even when you think the advantage is yours.

Like a master strategist, Fire Emblem Engage understands that need. Rather than following up on 2018’s hit Fire Emblem: Three Houses by repeating its exact playbook, the new tactical RPG is a quick regroup for the long-running series. It looks to reinforce its core combat hook with new systems, like adding extra armor plating onto an ax-wielding knight. It may seem like a step back at a glance, but it’s more a lateral move that ensures the series can safely fight its next battle.

Fire Emblem Engage delivers another strong tactics experience made just a bit better thanks to smart, mobile-adjacent hooks. Its story isn’t as engrossing as some recent installments and its side activities can get tedious, but memorable characters and colorful art direction make for another easy victory in a long line of them.

Like previous installments, Fire Emblem Engage tells a grand war story filled with political tension between nations and lots of lore. This entry takes place on the continent of Elyos, which faces impending calamity as a faction looks to reawaken the evil Fell Dragon. An opposing force, a blue-and-red-haired human named Alear (AKA the Divine Dragon), reawakens to help unite four kingdoms and bring peace to Elyos.

The narrative can be uneven, but I’ll give it credit upfront: If any Fire Emblem game were to get its own anime adaptation, Engage would be a good candidate. On a basic level, it’s a gorgeously designed game that goes heavy on bright colors and personality-loaded battle animations. It trades in flat Earth tones for a cool color palette that gives Elyos more stylized landscapes that are always pleasant to look at. Coming off a year where Switch owners seemed fed up with the console’s hardware limitations, Engage acts as a counterpoint that shows how games can still excel on the platform when optimized for it.

I’m most enamored with its colorful cast of characters, some of which find the series at its most playful. Support conversations are especially delightful this time around, revealing eclectic details on each warrior. One of my favorite micro-stories involves a character who can’t stop monologuing during training sessions, infuriating their sparring partner. Another centers on a woman who is so into strength training that her teacups are all weighted — a running gag that pops up in several character interactions.

The smaller tales tend to work better than the big picture this time around. That’s in part because Engage puts fan service at the front and center. To aid in their quest, Alear must track down 12 rings that summon the stars of previous Fire Emblem games. Though the narrative goes to great lengths to justify its Avengers-like premise, it can often feel like a distraction from its more appealing original world. Returning characters like Marth wind up feeling like hollow toys next to the new cast — even their support conversations are short and flat by comparison. It’s hard to shake the feeling that the returning faces are little more than a good marketing gimmick built to capitalize on the mobile hit Fire Emblem Heroes, which adopts a similar approach.

Engage may be the series’ most thoughtfully crafted story, even if its bigger-picture beats aren’t as exciting as previous sagas.

While the reliance on old faces can drag out the lengthy story, there’s a lot of thematic depth to uncover. Family drama takes a front seat, as characters struggle to reconcile who they want to be with what’s expected of them due to their lineage. Most effective to me, though, is Engage’s more subtle thread. It tells a story about characters too eager to push their momentum in battle, only for it to backfire in a shocking fashion. Alear and company must learn to slow down and plan their next moves more methodically if they want to defeat the Fell Dragon.

It’s a smart central theme that pairs well with the tactics genre. The story almost acts as a tutorial for how to strategize in battles, encouraging more patient play. In that regard, Engage may be the series’ most thoughtfully crafted story, even if its bigger-picture beats aren’t as exciting as previous sagas.

Though I came away from its narrative with mixed feelings, Fire Emblem Engage is perfectly reliable when it comes to combat. Nothing’s too radically changed here: It’s still a turn-based tactics game where battles unfold on a grid. The excellent rock-paper-scissors battle system remains unchanged and there are enough quality-of-life boosts to keep it up to speed with a genre that’s rapidly evolving as of late.

The extra layer of strategy is just enough to freshen up a formula that doesn’t need much shifting.

Its innovation comes more in the form of what I assume may be a one-off twist, though a strong one. In addition to the usual RPG customization, which has players selecting classes and weapons for each unit, rings add new depth to the tried-and-true formula. The equippable accessories come in two flavors. Basic rings almost act like spirits in Super Smash Bros. Ultimate. Each one depicts a different character from an old game and provides its own small stat boosts. They’re earned via gacha-style random pulls and can be melded together to create more powerful versions. Ring creation is an addictive little mini-system that gives players a list of practical collectibles to chase throughout the adventure, though they become somewhat useless in the game’s final stretch.

More significant, however, are the 12 hero rings that summon the protagonists of each Fire Emblem title. When holding one, a unit can “Engage” to activate the hero like a Persona, giving them access to some extra powers. Lyn, for instance, grants her holder with a hyper-long-range arrow attack, while Roy can set a few squares on fire to damage enemies. It’s a small, but effective innovation as it gives characters access to a sort of “ultimate” ability that can turn the tides of battle when used carefully. That extra layer of strategy is just enough to freshen up a formula that doesn’t need much shifting.

There are plenty of opportunities to use those skills too. Permadeath mode returns for those who want a high-stakes story where anyone can die, but there’s no shortage of challenges outside of that. In particular, its gauntlet-style trials that have players clearing multiple boards in a row require serious skill. They pushed my units to their limits, as I had to carefully take on massive armies that heavily outnumbered my own band of heroes. There are high rewards for weathering them, opening up an extra layer of weapon customization for players who really want to sink their teeth into everything the RPG offers.

What I find most impressive is how well-paced the experience is — not something that’s easy with a story-heavy tactics game that pushes well past the 40-hour mark. Battles never feel like they drag on too long, as I have plenty of options to speed turns along, automate my units’ behaviors, or skip enemy phases altogether. The balance between story interludes and battles feels just right too, as I never felt like one was overpowering the other (something I struggled with in last year’s Triangle Strategy). It’s all a testament to developer Intelligent Systems, which once again proves why it’s a standard bearer for the genre.

Even when Fire Emblem Engage feels like a B-game for the series, it’s still executed with a master strategist’s hand.

Though Fire Emblem Engage doesn’t push the series forwards in any big way, it does build on its predecessor, the excellent Fire Emblem: Three Houses. Like that game, the social time between story missions is as important as the clashes themselves. Players spend their free time on a floating island called Somniel, which acts as an all-in-one hub similar to Garreg Mach Monastery. There’s an impressive number of activities to do in a day, from fishing to exercising to petting a dog. I found myself easily spending a full hour between missions in Somniel, giving more life to Alear and their companions.

I’m just rarely sure if the minigames are rewarding me in a meaningful way.

Though that all sounds great as a “back of the box” bullet point, it can be exhausting in practice. Many of the activities revolve around minigames or repeated interactions that don’t change much through the lengthy adventure. For instance, Alear can do an exercising minigame each day to get a temporary stat boost on their next mission. That’ll require players to complete one of three tedious minigames though, like rapidly pressing the A button 20 times or completing a simple rhythm game. By the halfway mark, I was so tired of doing the same things again that I decided to skip buffs like that altogether — and frankly, they didn’t make much of a difference once gone.

When it comes to social activities, there’s a clarity issue; I’m just rarely sure if the minigames are rewarding me in a meaningful way. It’s cute that I can pet and feed my little canine pal, but I don’t really know what benefits I gain from keeping its happiness level at max. Is it worth doing the simplistic wyvern-riding target shooter more than once? Why should I adopt animals and place them in my farm yard? What do tarot readings actually do? Even when I found the answers to these questions, I often found that nothing about my experience really changed whether I did them or not.

That’s one area where Engage and Three Houses differ. In the latter, social time was a precious resource. I had to choose what I wanted to do in a day, which allowed me to make impactful decisions. Would I spend the day cooking to get a helpful stat boost or take a student out for tea to improve my relationship with them? There are no such limitations in Somniel, and while that sounds freeing in theory, it turns side activities into a compulsive chore checklist.

Moments like that are where I find myself tempted to label Fire Emblem Engage a slight step back (and I imagine it might be for some), but I see it more as a healthy regroup. There’s an alternate path in which this simply plays like a proper Three Houses sequel, with a new teacher and cast of plucky students. It would be a surefire way to capitalize on a hit game’s success, but one that could quickly turn a winning strategy into something bland and predictable. By stepping back and continuing to experiment with the recipe, Intelligent Systems finds compelling new ideas that widen out its tactical toolkit. With another success like this under its belt, I’m convinced that the genre’s most consistent series won’t find itself on the losing end of the battle anytime soon.

Fire Emblem Engage was tested on a Nintendo Switch OLED in handheld mode and on a TCL 6-Series R635 when docked.