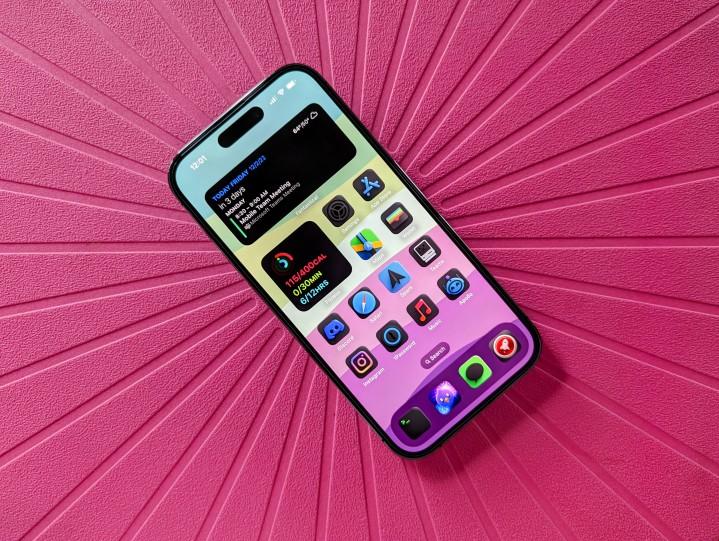 It’s a new year, which means Apple’s Worldwide Developers Conference will commence in just a few months now. At that time, we’re definitely going to see the next round of software updates for iOS, iPadOS, watchOS, macOS, and possibly, tvOS. On the iPhone and iPad front, this means we’ll be getting iOS 17 and iPadOS 17.

But according to recent reports, this may be a quieter year for software updates for current devices. That’s because it seems Apple is putting most of its attention on the long-rumored mixed-reality headset, which may finally be announced this year.

So even though there’s a lot I’m hoping for in iOS 17, we may end up with a more subtle update that could simply be about refining what already exists, rather than bringing big new changes. And, honestly, I’m all for that.

Not every update needs to be a big one

It seems that every year Apple releases a new version of iOS and iPadOS, there’s some kind of huge new feature. The clearest and most recent example of this was with iOS 14, which brought huge changes to the home screen, allowing users to add widgets and even customize app icons without the need for jailbreaking. It also brought some other welcome changes, like pinned message threads and even inline replies.

The successor, iOS 15, was more about making refinements to the software, but it still introduced some new features like Focus modes, bringing FaceTime to others via web links, and more. This was definitely one of those quieter releases, but it made the overall flow of things better, for the most part.

Then comes iOS 16, which follows in the footsteps of iOS 14 and brought more customization, but to the lock screen. Apple finally gave us a little more wiggle room to make the lock screen, which is literally the first thing we see when we pick up our iPhones, more personalized for our individual tastes. With iOS 16, we can change up the typeface and color, add some informative widgets, have multiple lock screens and link them to a Focus mode, and add filters to our wallpaper image if we desire.

However, as happy as I am that we can finally change up the lock screen, I absolutely hate the interface for doing so. It’s cumbersome, not at all intuitive, and it makes changing your home screen a nightmare. I mean, have you tried to just change only your home screen wallpaper lately? It’s a mess.

It’s such a bad example of user experience and interface compared to iOS 15 and older, and a huge step backward, in my opinion. I used to change my home screen wallpaper on a regular basis, but nowadays, I do it much less; it has to be a wallpaper that I don’t mind going through such a tedious process to change.

It’s time to fix and refine what we already have

If the rumors are true that Apple is putting way more emphasis on VR this year and iOS 17 may not be a huge release, then I’m all for it. As much as I love seeing Apple bring new features over to iOS to maybe bring it closer to how Android handles certain things, I would like to see more improvements with what we currently have instead.

I think Apple had the right idea with iOS 16, but the way that lock screen customization was executed is very poor, resulting in a frustrating user experience. Instead of always thinking about what the next big new feature is, Apple needs to take a look at what it currently has, and work on making it more streamlined. After all, for a brand that is known for being “simple” and easy to understand, customizing the lock screen and home screens has been anything but.

The best example of when Apple focused on making its software a better experience for everyone was the transition from Mac OS X Leopard to Snow Leopard. With Mac OS X Leopard, there were over 300 new features, and it was a blockbuster release in the history of Mac OS X. When Snow Leopard came along, Apple straight-up said that it would have no new features. Instead, it just made everything that already existed from Leopard work better, because it squashed many bugs that surfaced while making other things more refined.

It seems that we hardly get such releases with iOS and iPadOS. Instead, there are always new features in each of these releases, but Apple should really reconsider. Stage Manager is kind of a disaster on iPadOS, the lock/home screen customization process on iOS 16 is one of the worst things Apple has done, and notifications are still an absolute mess compared to Android. Can we seriously just perfect these existing features before adding the next big thing?

Let’s go back to it just works

Though I still prefer my iPhone 14 Pro as my daily driver over some of the Android phones I’ve been using (Google Pixel 7, Samsung Galaxy Z Flip 4) because it’s overall smoother and runs better, iOS is far from perfect. Apple gets some things right, but it also gets other things wrong. Yes, even Apple makes mistakes.

As much as I want to see Apple add more features to bring it closer to its Android competitors, I think it would be best to make better versions of the features we have right now. And it looks like that may be happening this year with iOS 17.