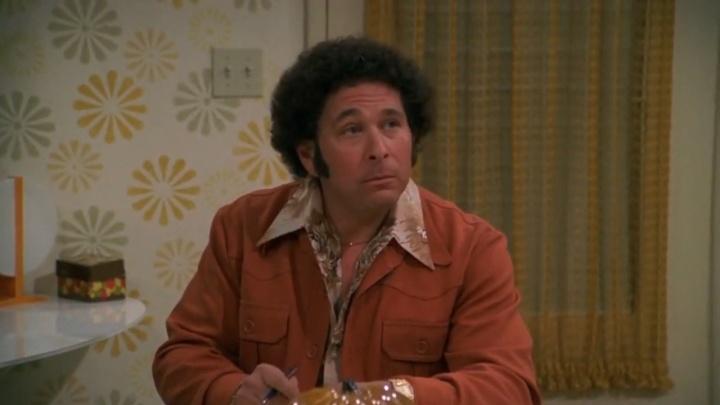 Fox’s classic throwback sitcom, That ’70s Show, has had many weird and wonderful characters. Not all of them have been so nice and pure of heart, and many of them are guilty of a variety of crimes.

But this didn’t stop audiences from falling in love with them during the show’s eight seasons. With Netflix’s sequel series, That ’90s Show, just around the corner, here’s a guide to the original show’s characters that TV viewers most wanted to hang out with back in the Seventies.

Though Bob is kinder and more level-headed than his neighbor, Red, he still isn’t the most likable human being. He was unsupportive of his wife, Midge, when she wanted to be more than just a housewife. He also acted irresponsibly as a father to Donna, and his bizarre and thoughtless actions caused her to act out.

However, this doesn’t detract from the many times he was a good friend to Red, even when he didn’t deserve it, and how he gave Jackie a place to stay after her father was imprisoned and her mother left her.

Midge can be a thoughtless and irresponsible parent, and her ignorance can get annoying at times. But she certainly isn’t as bad as Bob. She was always loving and supportive of Donna, and she tried to become more than what people expected from her as a woman.

Even so, Midge still acted without any regard for other people’s feelings, specifically when she ran out on Bob and Donna in season 4. But she still came back to comfort Donna after Eric bailed on their wedding in season 6.

Red has often been the grumpy vulture hovering over the kids’ heads. Just about anything can send Red into a flying rage, and he always threatens everyone to shove his foot where the sun don’t shine.

But despite his abrasive attitude, with Kitty’s encouragement, he has shown that he has a soft spot on multiple occasions. He allowed Hyde to stay in his home when his mother abandoned him, gave the unemployed Bob a job at Price-Mart, and helped Fez not get deported.

Jackie has long been the spoiled rich girl of the group who loves to hear herself talk. She repeatedly looked down on others and would belittle and insult Kelso and her friends in any way she could. But after her father was imprisoned and her fortunes began to plummet, her character matured and she became much more kind and self-sufficient.

Though she only hung out with Eric and his friends because she was dating Kelso, Jackie eventually became a welcome member of the group and began to see them all as her friends too. She even became a voice of reason for Donna and became somewhat of a sister to her once she moved into her home.

Like Kelso, Fez is always trying to hook up with whatever woman crosses his path, but there have been many times when his sexual interests went way too far. He regularly hid in Donna’s room while she was asleep or having sexual relations, took a picture of her beneath her skirt, and tried to kiss Jackie when she was dating Kelso. There’s also the fact that he committed adultery with a woman who had just gotten married.

Despite this, there have been moments when Fez chose to treat women respectfully, such as when he refused to kiss Jackie when she was drunk. In addition, Fez has shown a strong capacity for love, especially toward his best friends, and is sometimes the one who keeps them all from turning on each other.

This womanizing simpleton may have been the funniest member of the group, but there is a dark side to his antics. He repeatedly cheats on Jackie, hits on Donna when she is with Eric, and tries to steal Jackie from Hyde when they are together. Even so, there is still an innocence to some of Kelso’s childlike behavior that audiences can’t help but love. Who didn’t smile when he was playing around with all those dogs?

At the same time, Kelso did show tremendous growth throughout the series, as he learned to be more open and honest with Jackie when they got back together. He was even willing to help raise his daughter with Brooke and move to Chicago to support them. He may still not be the sharpest tool in the shed, but he shows maturity and intelligence when the situation demands them.

Hyde is very much the show’s version of the Fonz, as this cool and laid-back stoner has often been the voice of reason for the group. Ironically, he spouts drug-induced conspiracy theories and is often the one behind the group’s criminal activities.

While he usually acts tough and mean to everyone around him, especially Kelso, he begins to let his guard down and open up to the ones he loves, particularly Jackie and the Formans.

As the de-facto leader of his group, Eric always supports his friends and takes the fall whenever they get in trouble, even though they sometimes force him to do so. He has also shown admirable courage when provoked, causing him to stand up for his loved ones whenever they’re disrespected.

Nevertheless, his desire to have things go his way has led to some of his less admirable moments (ex: him breaking up with Donna because she refused his promise ring). Though he can be obnoxious, insubordinate, and selfish at times, Eric has always been caring and loving toward his family and friends, making him the unsung hero of the show.

Kitty was always a loving mother to Eric, and she cared for his friends as if they were her own children. Nevertheless, Kitty can be very controlling at times, and when she doesn’t get her way, she can become obnoxious and even spiteful. This was the case when she learned that Eric wanted to move to Africa and that Donna and Randy had started dating.

Likewise, she was in the wrong for coddling Eric and disregarding Laurie (even though the latter wasn’t always a good person, Kitty has been manipulative as her). There is also the fact that she drinks and smokes on a regular basis while hypocritically denouncing such behavior. Despite this, she still worked hard to support her family and friends and was always there whenever they needed help.

Donna is a prime example of the girl next door. Strong, intelligent, and confident, Donna has always been a fun and dependable friend to Eric and the other members of the group. But she doesn’t conform to society’s expectations of a woman and has always stood up for herself and her feminist ideals.

She can be insecure about her appearance, her parents’ questionable actions, and her relationship with Eric, and she has been easy to anger. But she has still been able to open up about her problems and persevere with the help of her friends, making her one of the most lovable and well-rounded characters in Point Place.