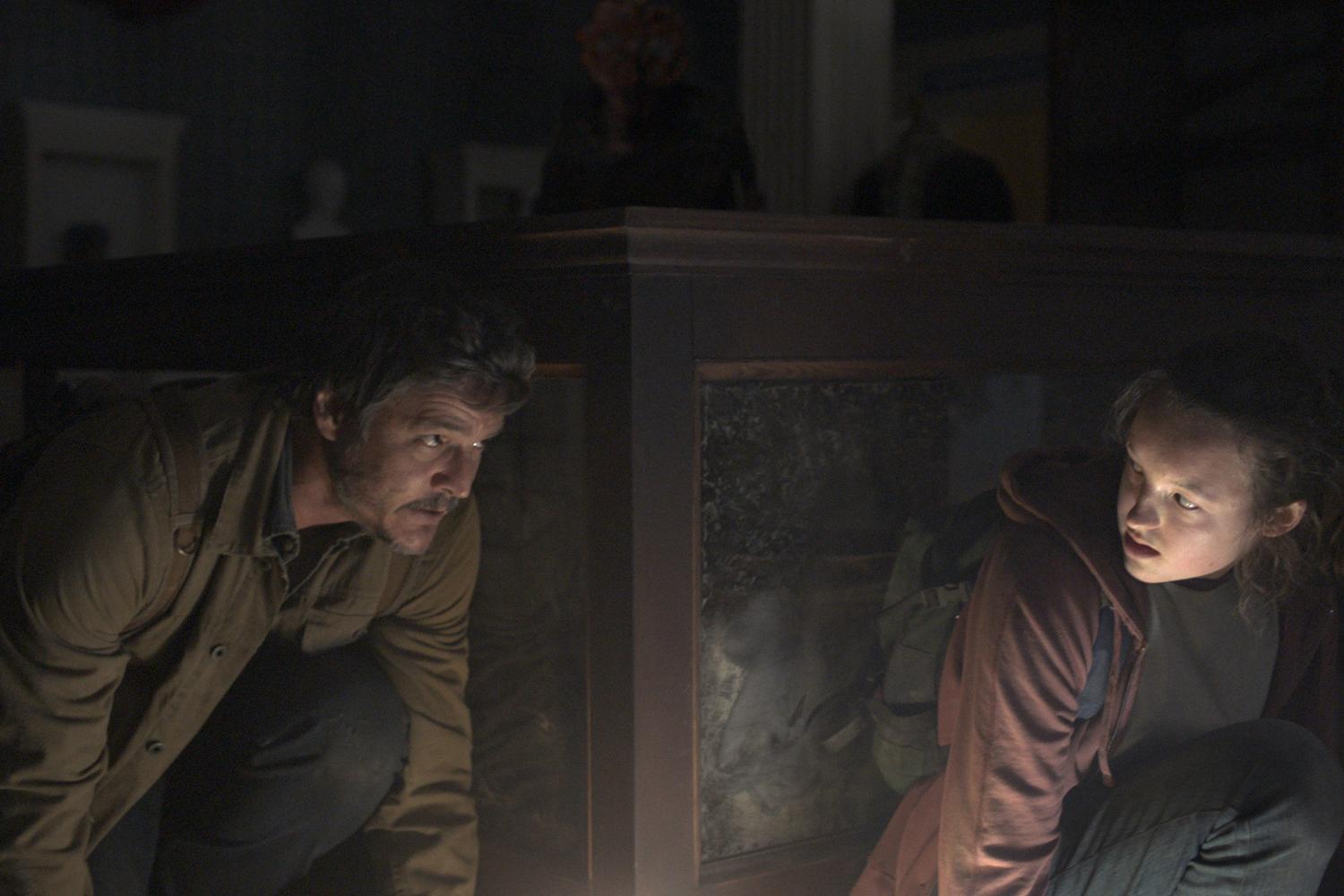 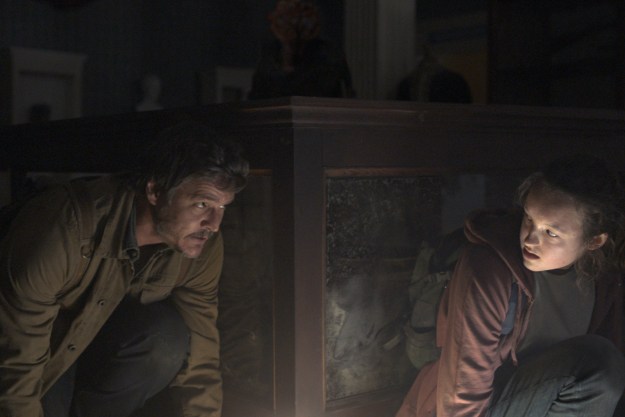 “The first season of HBO’s The Last of Us is a strong, occasionally magnificent adaptation of Naughty Dog’s hit, post-apocalyptic 2013 video game.”

The Last of Us is the most faithful video game adaptation that has ever been produced. The new HBO series, which comes from Chernobyl writer Craig Mazin and Last of Us creator Neil Druckmann, not only sticks close to the story told in its 2013 source material, but it often replicates entire scenes from that game. This fact won’t occur to any viewers who aren’t familiar with Naughty Dog’s original Last of Us games. For those who are familiar with the property, though, watching the HBO series’ 9-episode first season may be an unexpectedly odd experience.

On the one hand, it’s undeniably refreshing to see a video game adaptation that is genuinely confident in the strength of its source material. On the other hand, watching stars Pedro Pascal and Bella Ramsey act out iconic scenes line-for-line that were already performed quite well by Ashley Johnson and Troy Baker is an experience that not only invites unfair comparisons between the series and its video game predecessor but also raises questions about the necessity of the show’s creation.

After all, if a TV show is going to simply recreate many of the scenes, lines of dialogue, and even music cues found in its source material, as The Last of Us does, then what’s the point in even making it? In this case, that question is particularly worth asking, given how effective the original Last of Us remains nearly a decade after its release. Fortunately, HBO’s The Last of Us adds enough to its source material’s story to ultimately justify its existence. In fact, many of the series’ best moments aren’t just the ones that were created specifically for it, but also directly diverge from the canon of the first two Last of Us games.

As those who have played The Last of Us will likely be the first to tell you, its story is not necessarily groundbreaking. The new HBO series is primarily set in a post-apocalyptic world that has become overrun with fungi-covered, zombie-like humans. At the center of its story is Joel Miller (Pascal), a gruff, grief-stricken middle-aged man whose brutal survival skills have made him a reliable smuggler in The Last of Us’ dystopian world. For most of its first season, the series follows Joel as he attempts to safely smuggle a 14-year-old girl named Ellie (Ramsey) across a dangerous, zombie-ridden version of America.

That’s where the real strength of both 2013’s The Last of Us and its TV adaptation lies. Over the course of its first 9 episodes, The Last of Us follows Joel and Ellie as they survive a series of losses and hardships that only bring them closer together. The HBO series’ middle episodes, in particular, focus heavily on the gradual deepening of Ellie and Joel’s bond, which is largely why these installments work better than the show’s impactful but intentionally slow first two chapters. Pascal and Ramsey have undeniable chemistry together, and under Mazin and Druckmann’s careful watch, Ellie and Joel’s strong, complicated relationship is brought to life on-screen without issue.

As is the case in the original Last of Us games, the HBO series’ best scenes often aren’t any of its various action set pieces — some of which inevitably feel very video game-y — but rather the conversations that Ellie and Joel share over campfires or in the darkened rooms of abandoned skyscrapers. Whether they’re sniping at each other or simply laughing at the deliciously bad puns that Ellie loves, Pascal and Ramsey shine the brightest in The Last of Us whenever they’re allowed to actually let their guards down and bounce off of each other. Outside of Pascal and Ramsey, Gabriel Luna also turns in a rich, emotionally difficult performance as Tommy, Joel’s estranged brother, as does Anna Torv as Tess, Joel’s post-apocalyptic smuggling partner.

While The Last of Us works better as a road drama than as a post-apocalyptic blockbuster, there are moments in which the series nails its story’s horror tone better than the video games that inspired it. The series’ second and fifth installments both feature sequences in which its infected zombies feel dangerously invulnerable and horrifyingly grotesque. The opening minutes of The Last of Us’ second episode, in particular, confront the science behind the series’ fungus-centric zombie transformations and feature a medical examination that’s effectively stomach-churning.

If there is one overarching criticism to be made of The Last of Us’ first season, it’s that the show never feels quite as visually atmospheric or inventive as it should. Mazin makes his TV directing debut with the series’ premiere installment, but while he effectively emphasizes the episode’s biggest emotional beats, he ultimately fails to establish a strong visual identity for The Last of Us. Directors like Peter Hoar and Ali Abbasi help give some of the series’ later installments greater cinematic weight, but not even The Last of Us’ admittedly impressive special effects are enough to make it visually inspire awe or wonder.

The strength of Mazin and Druckmann’s writing helps make up for The Last of Us’ visual shortcomings. The two creatives are the only credited writers on the series, and together, they bring a cohesive vision to The Last of Us that connects all of its first 9 chapters together. Mazin, in particular, continues to prove his knack for episodic storytelling, delivering a handful of chapters throughout the series’ middle section that impress with their efficiency and emotional insight. Several of the show’s Mazin-penned episodes are also the ones in which The Last of Us diverges the most from its source material.

That’s especially the case with The Last of Us’ third episode, which opens in a place that fans of the series’ original game will recognize only to quickly veer off into totally new territory. The episode, which features a guest appearance from Parks and Recreation star Nick Offerman, firmly ranks as the most memorable and distinct of The Last of Us’ first nine chapters. Over the course of its runtime, the episode’s emotional weight gradually accumulates until it overwhelms, and that’s thanks not only to its own resonance but also the thematic insight it provides into the overarching story of 2013’s The Last of Us and 2020’s The Last of Us Part II.

In doing so, The Last of Us’ third episode lays the groundwork for an exciting future for the series, one which not only continues to chart Ellie and Joel’s journey but also focuses on telling separate stories that further enrich the show’s central themes. That’s a creative direction Mazin and Druckmann should no doubt pursue, especially given the fact that any future seasons of the show will force them to start addressing some of the flaws of The Last of Us Part II, many of which the duo could theoretically fix by adopting the very structural freedom that their HBO series occasionally assumes throughout its first season.

The original Last of Us has, of course, long been regarded by many as the best narrative video game that’s ever been made, so it’s easy to see why Mazin and Druckmann have chosen to honor it so deeply. The new HBO series even features appearances from a handful of the voice actors who helped bring The Last of Us to life for the first time, including both Ashley Johnson and Troy Baker. Johnson’s role, in specific, not only works as a moving tribute to her own Last of Us legacy, but it also adds greater weight and context to the live-action series’ overall story.

The Last of Us | Official Trailer | HBO Max

That’s true of all of the best moments in The Last of Us season 1. The new series is a lovingly made, often emotionally riveting adaptation of what is one of the most treasured titles in video game history. The HBO show’s first two installments are admittedly far from perfect, and there are moments throughout The Last of Us’ first season where it feels like it is simply retracing its source material’s footsteps. However, those flaws don’t prevent The Last of Us from ranking solidly as the best and most emotionally rich video game adaptation that Hollywood has ever produced.

The Last of Us’ first season also sets up a future for the show that is less restricted to the paths set by its source material and, therefore, more open to an even greater breadth of drama and emotional complexity. Whether or not that’s actually what Mazin and Druckmann have planned for The Last of Us remains to be seen, but as far as video game adaptations go, it seems safe to say that the HBO series is already off to a very promising start.

The Last of Us premieres Sunday, January 15 on HBO. Digital Trends was given early access to all nine episodes of the series’ first season.