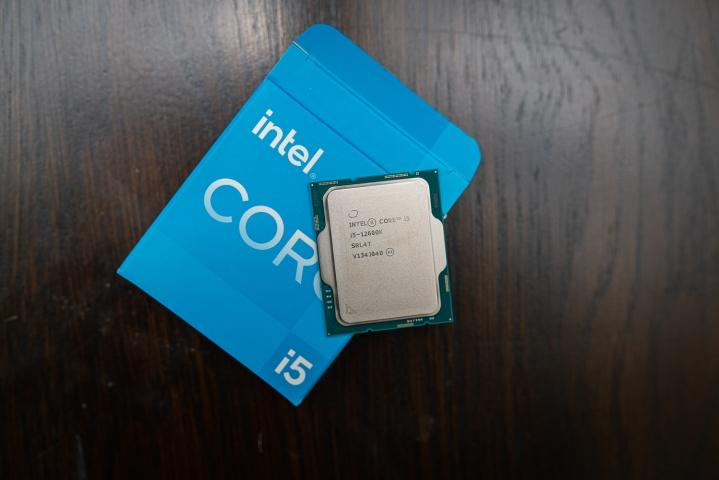 You don’t need to spend a lot to get the best processor for gaming. Intel’s Core i5-13600K is the current bang-for-the-buck king, but don’t discount AMD’s Ryzen 7 5800X3D, or at the very high-end, the ultrapowerful Intel 13900K and AMD 7950X. They’re all top contenders when it comes to best gaming CPUs.

Whatever your needs and budgets, though, we have options from AMD and Intel that will be great performers. With them, you can get around CPU bottlenecks and find the best processor for your next gaming PC.

The best processor for gaming

Why you should buy this: It’s the best value on a gaming CPU available today.

Who’s it for: Gamers who want near-flagship gaming performance without paying the high price.

It’s not the fastest Intel CPU, or even quite the fastest for gaming. Hpwever, it’s so much more affordable than the 13700K and 13900K, and yet offers very comparable gaming performance — especially at resolutions above 1080p — that it delivers much more value for the money. It dominates the AMD competition, too. It is far faster for gaming than the Ryzen 5 7600X, and goes toe-to-toe with the more-expensive 7700X — even exceeding it if you overclock it.

While you’ll get your best performance with the 13600K using DDR5 memory, you don’t have to. Running it on a more affordable motherboard with DDR4 memory can make upgrading to the 13600K much cheaper than the alternatives, leaving you plenty of room for upgrading your CPU and memory in the future. However, you won’t be able to move up to 14th-gen chips in the future, as Intel is moving to a new socket design with the next generation.

The best processor for gaming

The best AMD processor for gaming

Why you should buy this: It’s competitive with some of the latest CPUs and it’s an easy upgrade.

Who’s it for: Anyone with an AM4 system who wants the best performance possible without a system overhaul.

AMD ended its Ryzen 5000 generation with a bang. The Ryzen 7 5800X3D was so good for gaming when it released that it’s still competitive with the latest Intel and AMD CPUs, outclassing chips that cost twice as much in many cases. The fact that you can install it in motherboards that cost less than $100 with DDR4 memory makes the 5800X3D an amazing value and arguably the best bang-for-the-buck gaming CPU AMD offers, even with its newer — and faster — Ryzen 7000 CPUs available.

It doesn’t beat out the top 7900X and 7950X in gaming, and it loses out heavily in multi-threaded workloads and productivity applications, but if you’re just looking for gaming, and especially if you already have a compatible AM4 system, the 5800X3D is the best AMD CPU for gaming.

The best AMD processor for gaming

Why you should buy this: It’s an affordable new-generation gaming CPU with heaps of upgrade potential.

Who’s it for: Gamers who want to have a clear upgrade path for the future.

AMD’s Ryzen 5 7600 is the baby of the new generation, lacking the high core counts of its bigger siblings and the clock speed of its X-counterparts, but that doesn’t mean it’s not a great CPU. In fact, it punches well above its weight, offering comparable performance to the 7600X at its default settings — and it’s almost identical once you enable precision boost overdrive, despite running at a lower power draw.

AMD hasn’t done an affordable, overclockable CPU like this for a few generations, but it’s returned to its roots with a great option for anyone looking to build a new AM5 system without paying sky-high prices. Motherboards and DDR5 memory still aren’t cheap, but this platform will be supported for years to come, so you shouldn’t need to upgrade anything for several generations of processors.

There are more affordable options in the older Ryzen 5000 generation of processors, but they perform significantly worse than the latest AM4 designs, and you are locking yourself into a dead-end platform with no upgrade potential.

The best Intel CPU for gaming

Why you should buy this: It’s the fastest gaming CPU money can buy.

Who’s it for: Gamers with deep pockets who want the absolute best gaming and productivity performance possible.

You don’t need more than the Core i5-13600K for gaming, but the Core i9-13900K is a true enthusiast-class processor. It comes with 24 cores (8 performance and 16 efficient) and it can hit a staggering 5.8GHz. In a straight shootout with any other CPU, it’s the fastest, so if you need flagship performance, there isn’t any other chip worth considering. There are some caveats, however.

For starters, most other top CPUs are almost as good, especially in games where GPU power is more important. You also need a very powerful cooler, as even 360mm all-in-ones have proved unable to keep this chip cool enough to prevent thermal throttling. That’s because it uses a lot of power — over 300 watts in some cases. You’ll need to make sure your power supply is up to the task.

If you stream and game, or want to edit your gaming footage, this is easily the best CPU for the job, as it is not only the fastest at gaming, but often beats even AMD’s best in video-editing performance, too.

The best Intel CPU for gaming

Why you should buy this: It’s the fastest CPU at around $100.

Who’s it for: Anyone building a gaming PC on a tight budget.

The Core i3-12100F is an unassuming quad-core processor, but it’s hard to expect more for around $100. It’s not as powerful as the Ryzen 5 and Core i5 options, but it’s not far behind — especially considering how much less it costs.

Unlike Intel’s other 12th-generation offerings, it ditches the efficient cores for four performance cores. Overall, it’s about 10% slower than the Core i5-12600K, but it depends on the game. In some titles, it’s just as fast.

Many games don’t need more than four cores, especially when those cores can hit 4.3GHz. Because of that, many older games run great on the Core i3-12100F. Newer titles, like Horizon Zero Dawn and Red Dead Redemption 2, may not have as high of performance, however.

The best processor for gaming with integrated graphics

Why you should buy this: It has the most powerful onboard graphics of any CPU available.

Who’s it for: Anyone building a gaming PC now, but who plans to buy a GPU later.

The Ryzen 7 5700G is for the gamer who doesn’t need one of the best graphics cards. It includes Radeon graphics on the chip itself, which is powerful enough for light esports gaming.

If you’re a fan of games like Rainbow Six Siege and Rocket League, the Ryzen 7 5700G is for you. It can run most lightweight games at 1080p with decent results, especially if you bump down a few settings.

The best processor for gaming with integrated graphics

Why you should buy this: It has 12600K-level gaming performance for a cheaper price.

Who’s it for: Anyone who wants impressive multithreaded and gaming performance at an affordable price.

The Intel Core i5-13400 hasn’t received much fanfare, but it should. It has 10 cores for around $250, which is incredible considering just three generations ago, you had to buy the top Core i9 CPU to get such multi-threaded capabilities. It doesn’t hit the high clock speeds of the other 13th-gen CPUs, but it still manages 4.6GHz across multiple cores at once, making it great for gaming at any resolution.

This CPU offers the kind of gaming performance you’d typically see on a Core i5-12600K, a CPU with higher clock speeds and much higher demands on power and cooling. The Core i5-13400 is relatively pedestrian with its 65-watt thermal design power (TDP) — a rarity in Intel’s latest processors.

If you’re building an affordable gaming PC, or you want good gaming performance in a compact, low-power system, the Core i5-13400 is a great choice.

The best CPU for gaming and streaming

Why you should buy this: It’s the processor with the most performance cores.

Who’s it for: Anyone who wants a high-powered machine for gaming and streaming.

AMD’s 7950X goes back and forth with Intel’s top CPUs when it comes to gaming performance, and there’s a tussle when it comes to streaming performance, but for gaming and streaming ,we lean towards AMD’s flagship CPU. This 16-core, 32 thread processor has the most high-speed performance cores of any modern CPU, making scheduling far easier whether you’re on Windows 10 or Windows 11, and that means you get more consistent performance across a wider range of applications.

The 7950X is also a monstrously powerful CPU in its own right, whether you’re gaming or streaming — or both. It offers heaps of cache and a near-6GHz clock speed. It is pricey, and you’ll need to factor in the cost of a high-end motherboard and DDR5, but if you want a powerful machine for gaming and streaming, there’s nothing quite like AMD’s 7950X. Recent price cuts have made it far more attainable, too.

The best CPU for gaming and streaming

Although you don’t need a top-shelf processor for gaming, your CPU still plays a significant role in how well your games run. Picking the right gaming CPU for you is an important choice to make.

Once you’ve decided on it and hit the buy button, why not check out our guide on how to install a CPU, so you’re prepared when it arrives.