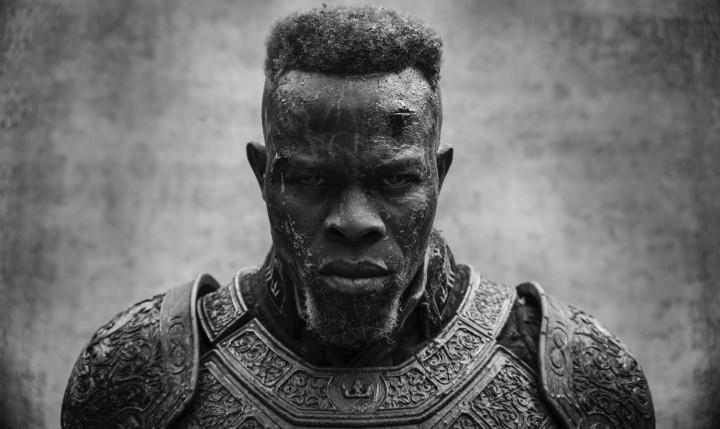 While 2022 was a great year for movies, 2023 promises to top it with a schedule full of great films from all types of genres: action (Mission: Impossible: Dead Reckoning Part 1), comic book (Guardians of the Galaxy Vol. 3), drama (Christopher Nolan’s Oppenheimer), and whatever the hell Barbie is supposed to be.

One genre in particular is geared to have a great year in 2023: science fiction. With the usual slate of sequels, reboots, and original films with high-concept premises (Kylo Ren battles dinosaurs!), these five sci-fi films stand out as the best of a very crowded pack that we can’t wait to watch later in the year.

Finally done with the DC Extended Universe, Zach Snyder veers away from the superheroes and zombies that dominated his previous films and looks toward the heavens. His next film, Rebel Moon, is set in a peaceful colony in a faraway galaxy that is threatened by Balisarius, an alien tyrant hell-bent on conquering as many planets as he can. In desperation, the colonists send a young woman with a mysterious past to gather other warriors from nearby planets to help fight Balisarius.

Inspired by both Star Wars and the films of Akira Kurosawa, Rebel Moon promises to bring the space opera back to sci-fi. Snyder has an epic vision, as well as Netflix’s seemingly unlimited financial resources at his disposal. Plus, he’s gathered an eclectic cast featuring Charlie Hunnam, Sofia Boutella, Djimon Hounsou, Corey Stoll, Justice League‘s Ray Fisher, Jena Malone, and Anthony Hopkins to bring his epic vision to life. While Snyder has had his misfires (remember Sucker Punch?), Rebel Moon has a schlocky B-movie premise that we can’t help but like, and there’s no pesky WB executive reining in the director’s penchant for slow-motion action sequences and washed-out visuals.

Wait, what? There’s a sequel to The Wandering Earth, a film you’ve probably never heard of? Well, prepared to be even more surprised as The Wandering Earth was one of the biggest global hits when it was released in 2019. It’s not hard to see why, as the concept is intriguing: a group of scientists need to save Earth from the dying sun’s intense heat. Their solution? Knock Earth out of it’s orbit so that it can travel to Jupiter and take advantage of that planet’s gravitational pull.

Of course, things go awry, and the film’s heroes must overcome impossible odds to save their damaged planet. It’s not a spoiler that they do, since the sequel is on this list. Not much is known about The Wandering Earth 2, but the same director and cast is involved, which bodes well. The original, which can currently be seen on Netflix, is an entertaining romp that pairs a great concept with a Hollywood-sized budget. It’s the rare Chinese special effects blockbuster that plays just as well, if not better, than the ones cranked out by American studios, and the sequel promises more of the same thrills that made the original so fun to watch.

Transformers: Rise of the Beasts (June 9)

Look, we’ve been burned too many times by the Transformer franchise. None of them are great, and if you think about, only one is really watchable, 2018’s surprisingly sweet Bumblebee with Hailee Steinfeld. That’s why the seventh (!) installment of the robots fighting robots series is on this list, as Rise of the Beasts serves as the standalone sequel to that film.

While Steinfeld doesn’t appear in this sequel, Peter Cullen does as the voice of Optimus Prime. He’s joined by Hamilton actor Anthony Ramos, Peter Dinklage, Pete Davidson, and Michelle Yeoh as assorted humans and robots. The movie adapts one of the franchise’s most beloved storylines, Beast Wars, and the teaser trailer shows jaw-dropping battles in 1990s New York City, as well as Transformers turning into giant prehistoric dinosaurs as they bash each other with high-tech weapons. It’s silly and somewhat stupid, but it looks like good fun, and there’s no Mark Wahlberg or Shia LaBeouf (both of whom previously starred in past Transformer movies and were terrible) around to spoil the party.

All you need to know about 65 is this: Adam Driver battles actual dinosaurs … with guns. How is this possible? Does it matter? There’s no better hook for a 2023 movie than that, but we’ll fill you in on the details. The 65 in the title refers to 65 million years BC, which is the era spaceman Driver mistakenly travels in time to when he crash lands his ship full of passengers on a deserted planet, which he quickly finds out is Earth.  To get back home, Driver must protect the other survivor of the crash, a child named Koa, and battle all sorts of prehistoric monsters.

If the premise isn’t enough to sell you on this film, maybe some of the creative team involved will. The movie is written and directed by Scott Beck and Bryan Woods, who wrote the original A Quiet Place — so they know a thing or two about creating character-driven stories and generating effective suspense. Joining them is composer Danny Elfman, whose scores for Batman and Doctor Strange in the Multiverse of Madness prove he craft a memorable tune or two. The film’s main appeal, however, comes down to this: Kylo Ren runs amok in Jurassic Park. If that’s not enough to get you to watch this, I don’t know what can.

What other movie would top this list? Dune: Part One was one of the most critically praised movies of 2021, garnering 10 Oscar nominations, including one for Best Picture, and winning six of them, so it’s only natural the follow-up would be one of the most anticipated movies of 2023m genre be damned. Dune continues the journey of Paul Arrakis, who has realized his destiny as “The One” and promises to get revenge on the oily (literally!) Baron Harkonnen, who masterminded the assassination of his father and almost destroyed his family.

Of course, fans of Frank Herbert’s novel, or even David Lynch’s terrible 1984 version, know that there’s much more going on than mere revenge. There’s palace intrigue, metaphors on colonization and climate change, and lots of weird clothes. In addition to its complex plot, what makes Dune: Part Two so appealing is the impressive cast. Part One stars Timothée Chalamet, Zendaya, Rebecca Ferguson, Josh Brolin, Dave Bautista, and Javier Bardem are joined by Don’t Worry Darling‘s Florence Pugh, No Time to Die‘s Lea Seydoux, Elvis‘ Austin Butler, and Christopher Walken. These actors are being guided by Denis Villeneuve, director of Part One and a modern sci-fi auteur visionary with such works as Blade Runner 2049 and The Arrival in his filmography. Anyone looking for an exceptional well-made sci-fi film that is destined to be remembered as a classic won’t be disappointed with Dune: Part Two.