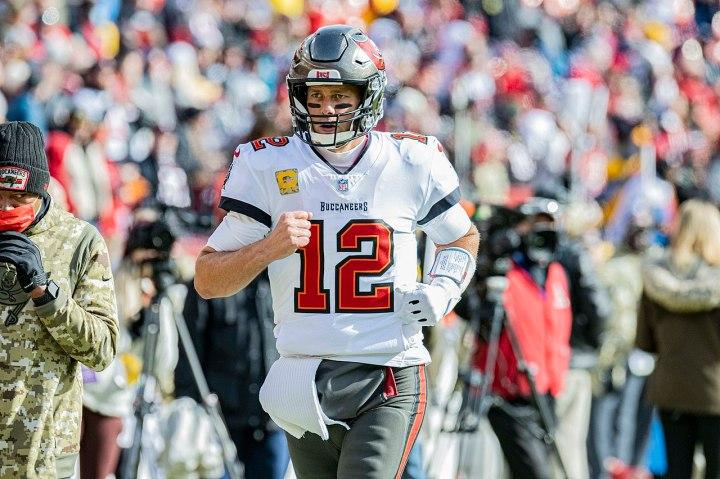 After two days of competition, only one game remains this Wild Card Weekend. They saved the best for last as the No. 5 Dallas Cowboys face off against the No. 4 Tampa Bay Buccaneers. The winner clinches the final spot in the Divisional Round next weekend.

All of the pressure is on the Cowboys, who only have three playoff wins since 1997. The Cowboys have not made the NFC Championship since 1995, which happened to be the last year they won the Super Bowl. For the Cowboys to win, they need to beat Tom Brady, the greatest postseason quarterback of all time, who happens to be 7-0 against the Cowboys.

When is the playoff game between the Cowboys vs. Buccaneers?

The sixth game of Wild Card Weekend features the Dallas Cowboys traveling to Florida to take on the Tampa Bay Buccaneers at 8:15 p.m. ET on Monday, January 16. The game will be played at Raymond James Stadium in Tampa, Florida. According to FanDuel, the Cowboys are favored by 2.5 points.

How to watch Cowboys vs. Buccaneers

The game between the Cowboys and the Buccaneers will air at 8:15 p.m. ET on ABC, ESPN, ESPN2, and ESPN Deportes. The announcers will be Joe Buck, Troy Aikman, and Lisa Salters. You can access the ABC app from your smartphone, tablet, and connected devices such as a Roku or Amazon Fire TV. The games can also be seen on your computer via ABC.com. Log in with your cable provider for full access.

Watch Cowboys vs. Buccaneers on ABC

To watch on ESPN, check out the ESPN app and ESPN.com. Access the app or website on your smartphone, tablet, laptop, connected TV, or video game console. Log in with your cable provider for full access.

For those looking for an alternative broadcast, MNF with Peyton and Eli will air on ESPN2. Peyton Manning and Eli Manning provide analysis and insight into the game on their “Manningcast.”

Watch the Spanish-language broadcast on ESPN Deportes. The announcers will be Eduardo Varela, Pablo Viruega, and John Sutcliffe.

How to stream Cowboys vs. Buccaneers

To watch without cable, ESPN can be accessed on subscription live TV streaming services, such as Hulu + Live TV, YouTube TV, FuboTV, and Sling TV. Prices may vary depending on the service and package. Hulu + Live TV costs $70 per month and can be bundled with ESPN+ and Disney+. Sling TV offers Orange and Blue packages, which cost $40 per month each or $55 per month if combined. FuboTV, which ranges from $70 to $100 per month, and YouTube TV, which costs $65 per month, offer free trials so subscribers can try out the services before committing long-term.

Playoff games can also be watched exclusively on your mobile phone or tablet via NFL+ through the NFL app. Users can watch live local and prime-time regular season and postseason games. There are two subscription options: NFL+ and NFL+ Premium. For the rest of the season, NFL+ costs $5 a month or $13 a season, and NFL+ Premium, which includes everything from NFL+ and the All-22 film, costs $10 a month or $25 a season.

The fifth-seeded Dallas Cowboys enter Tampa with a record of 12-5. After a 10-3 start, the Cowboys finished the year 2-2, highlighted by an embarrassing 26-6 loss to the Washington  Commanders in the season finale. On the other sidelines stands the fourth-seeded Tampa Bay Buccaneers, who won the NFC South with a record of 8-9. When these two teams met in the first game of the season, the Bucs dominated from start to finish in an impressive 19-3 victory.