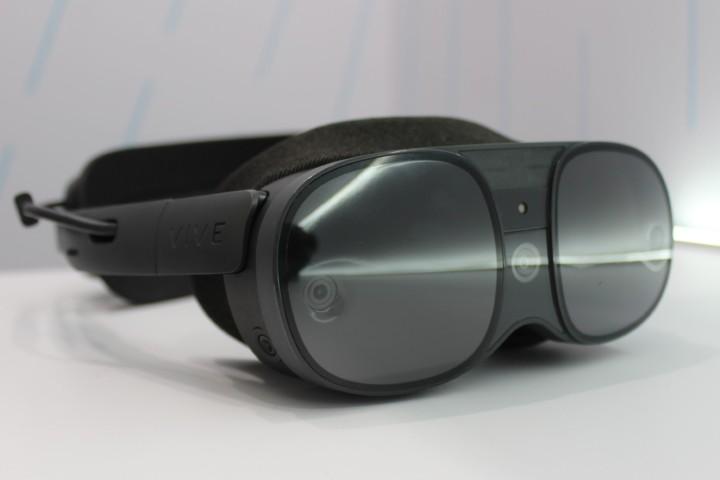 Whether it’s VR headsets, mixed reality, or wacky gadgets, CES 2023 was full of fresh interest in the world of metaverse technology.

This year’s event was particularly exciting, boasting plenty of interesting ideas and different approaches. Here are our picks for the best of the new VR headsets, AR glasses, and more unveiled at the show.

HTC stepped up its game with the Vive XR Elite, a high-end device that challenges Meta’s Quest Pro for the title of best all-in-one VR headset. Like Meta, HTC is one of the few VR manufacturers with a significant library of standalone VR games and apps, which reduces the effort required to get started in VR.

With inside-out tracking on the headset, there’s no need for base stations, and a connection to a VR-capable PC is optional. HTC didn’t match all of the Quest Pro’s features, but at a price of $1,100, you can save $400 by opting for the Vive XR Elite.

Check out our comparison of the Quest Pro versus the Vive XR Elite for more details.

The greatest use case for VR outside of high-end simulation is gaming and, as the manufacturer of the PlayStation console, Sony is in a great position to compete in the VR gaming marketplace. The Sony PSVR is already on our list of best VR headsets, but like many older systems, it can’t match the latest offerings.

Sony showed off its newest version, the PSVR 2, a huge upgrade priced at $550 that will likely be the headset of choice for PlayStation fans. It does require a PlayStation 5 console, but it sounds like it might be worth the combined price of $1,100. Every aspect of the headset and controllers have been upgraded, bringing an experience that rivals a PCVR system at a much lower cost.

Shiftall’s MeganeX is another slim but powerful VR headset that’s shipping in 2023. Like the top headsets from Meta and HTC, Shiftall uses pancake lenses, but steps up the image quality with microOLED displays with higher resolution and a faster refresh rate.

Equally intriguing are the accessories, like Shiftall’s FlipVR controllers that you can release with a flick of the wrist so your hands are free to pick up your smartphone or a glass of water.

Shiftall Mutalk is exactly what it sounds like, a VR muzzle that mutes your voice so you can be loud in games and VR chat without making those stuck in the real world too jealous of all the fun you’re having.

The Pimax Crystal was announced in June 2022, but the company’s history of overpromising has led to some skepticism about new products. Initial impressions of the Pimax Crystal are that it matches the claims.

This is a high-resolution headset that beats the specifications of most other VR headsets. This isn’t new for Pimax, as its 5K Super made it into our list of best VR headsets.

The Pimax Crystal starts at $1,600 and is nearing release. With 2,880-by-2,880 pixels per eye, updated aspherical lenses, local dimming, and a 160Hz refresh rate, the display should place it near the top of the list of best PCVR visuals. If quality control and software reliability match, the Pimax Crystal will be a headset worth the high cost.

Augmented reality has largely been limited to looking through the window provided by your smartphone, but that might be changing soon as AR glasses are closer to becoming a reality. While Google Glass was a little too advanced for public consumption in 2013, we’re more than ready for AR glasses in 2023.

Companies like Vuzix and Lumus are leading the way with advanced waveguide technology that will power AR glasses that let you stay in touch with what’s happening online without losing touch with the real world around you.

The Vuzix Ultralite is a super-slim and lightweight design for AR glasses that should become available this year. The Ultralite pairs with your smartphone and brings notifications, directions, and more into view via a bright, crisp, green display.

Looking further ahead, Lumus demonstrated prototypes of its Z-Lens technology that provides a bright, full-color display in lightweight AR glasses. The finished product is a few years away and this early demonstration required a cable.

AR will begin to have an impact in the near future and might be the missing cog to accelerate the widespread acceptance of the metaverse as the future of the internet.

CES brings out plenty of fringe technology, and there were several interesting products shown off that might flourish in niche markets. While these likely won’t rise to the level of popularity that Meta Quest 2 has, there’s room for innovation in VR.

VR simulation is always of interest, and there have been several haptic products designed to signal to the wearer that a virtual object is being touched or that they’ve taken a hit in a VR game. Owo’s haptic shirt includes electrodes to provide a controllable electric shock for more realistic sensations. You can see how the YouTube channel RenderedReality reacted to the experience.

Flipping to a much more relaxing VR experience, the Sol Reader is a unique headset featuring an e-ink display. It’s designed specifically for reading e-books while lying down. A simple remote control allows for turning pages and navigating menus without the need to lift your hands. It’s an unexpected purpose for a VR headset, but sounds like a welcome addition for readers and could be a game-changer for people with limited movement. YouTuber Brad Lynch usually focuses on top VR headsets, but spent some time admiring this unlikely product.

I tried an e-Ink Powered HMD…

CES welcomed VR and the metaverse

While VR and the metaverse are the targets of ridicule by some media outlets, it was pleasing to see that CES welcomed this nascent technology with open arms. A good example is Holoride, which offers VR in cars. It sounds like a wild idea, although not everyone will be ready to experience such a disorienting sensation.

Overall, CES attendees were enthusiastic and eager to learn more about the latest VR and metaverse technology, whether it was coming soon or just a preview of what to expect in a few more years