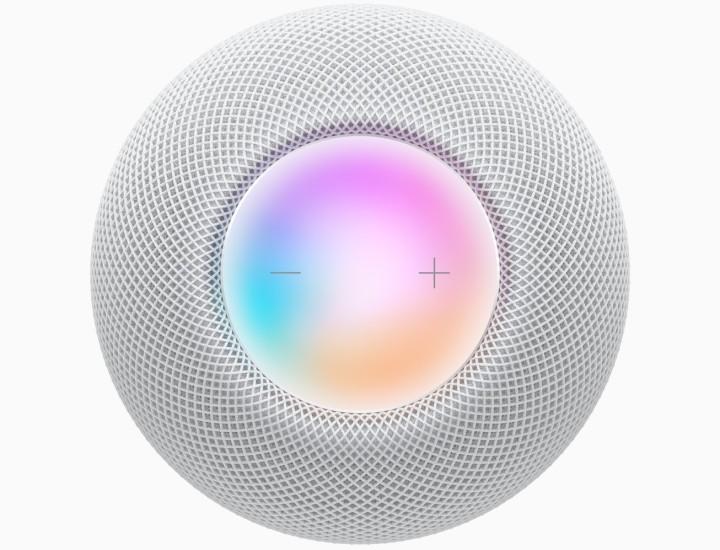 The Apple HomePod Mini and Echo Dot are two of the best smart speakers of 2023. Both clock in at less than $100, offer eye-catching designs, and give you all the versatility you’d expect from top-of-the-line smart speakers. But which speaker is more deserving of a spot in your home?

Before picking up the HomePod Mini or Echo Dot, you’ll want to do a bit of research. It’s hard to go wrong with either product, but one might be a slightly better fit for your household. From pricing and compatibility to sound quality and more, here’s everything you need to know about these two smart speakers.

Both the HomePod Mini and Echo Dot are spherical smart speakers. Measuring 3.3 inches tall, 3.9 inches wide, and weighing 0.76 pounds, the HomePod Mini is available in white and space gray. The fifth-gen Echo Dot is nearly identical to the HomePod Mini dimensions. Amazon’s speaker measures 3.5 inches tall, 3.9 inches wide, and weighs 0.67 pounds. The Echo Dot brings more color options to the table than the HomePod. Choices include charcoal, deep sea blue, and glacier white. You can even spring for a version that displays a clock on its face (although it is a bit more expensive, coming in at $60 instead of $50).

In terms of button layout, the HomePod Mini uses a touchpad at the top of the speaker for play/pause, track skip, and other commands. The Echo Dot goes for the more traditional button approach. Buttons include volume up/down, mic on/off, and an action button. Neither speaker is designed for wall mounting.

The HomePod Mini uses a full-range driver with dual passive radiators to deliver one of the finest compact speaker sounds — not to mention Apple’s custom acoustic waveguide and computational audio features. These are calibration tools (powered by Apple’s S5 chip) that help to balance sound output at various volume levels. Jargon aside, the HomePod Mini delivers crisp and clear mids and highs without much compromise on bass. Apple’s tiny speaker does a more than fine job of delivering audio on par with some bigger smart speakers on the market.

The new Echo Dot uses a single 1.73-inch front-firing speaker. Because of its spherical design, the speaker is louder and brighter than previous Dot iterations.

For the HomePod Mini, Apple’s Siri runs the show. One of the biggest perks for Apple fans is a lower-priced Apple HomeKit gateway device. Once connected, your HomePod Mini can control your smart home devices, set and create schedules, search for news and weather, and access popular streaming services like Apple Music, Pandora, Prime Music, and more. You can interact with the smart speaker using voice commands preceded by “Hey, Siri” or through the Home app on your iOS device.

One of our favorite HomePod Mini tricks is the speaker’s iOS casting ability. It goes like this: Say you walk past your Mini and love the song it’s playing, but you’re on your way out the door. iPhone users will be able to hover their phone near the Mini, which can begin playing the Mini song on their phone. This feature also works in reverse. If you happen to have two HomePod Minis in the same room, you can also pair both speakers together for stereo sound.

Echo Dot users will see the return of Alexa as Amazon’s voice assistant. Like the HomePod Mini, Alexa allows you to stream music, check news and weather, control smart devices, and more. Voice commands are preceded by “Alexa” when interacting directly with the Dot, and mobile controls are handled by the Amazon Alexa app on your mobile device.

While not exclusive to the latest Echo Dot, Amazon’s Alexa Guard feature is one of our favorite Echo features. When enabled, your Echo speaker will monitor for sounds like smoke alarms and breaking glass. Once your Echo hears the sound, you’ll receive a notification on your phone. Alexa Guard Plus (a paid version of Alexa Guard) includes additional features like access to an emergency hotline, monitoring for footsteps and other break-in sounds, and emitting siren and dog sounds for warding off intruders.

Both the HomePod Mini and Echo Dot also have an intercom function (although Alexa’s is a bit more advanced). With the HomePod Mini, you can deliver audio messages to HomePods throughout your home. The Echo Dot version of this feature is called Drop In. Once permissions are enabled in the Alexa app, Drop In will allow you to talk to your buddy through their Echo speaker (and vice versa).

The HomePod Mini sells for $99 and comes with a one-year limited guarantee, along with 90 days of complimentary tech support. For an extra $15, you can opt to add AppleCare+ to your Mini. This covers you for an additional two years of accidental damage protection. Do note that you’re only allowed two accident claims per year, both of which are subject to a $15 service fee and taxes.

The Echo Dot (5th Gen) is currently going for $50 and comes with a 90-day limited guarantee. As mentioned above, you’ll also find the Echo Dot with Clock available for $60 — although both products often go on sale for much less.

We’re calling this one a draw. Apple fans will love the HomePod Mini for its dedicated iOS functions and Apple S5-assisted audio tech. But other than some niche sound features, the Echo Dot can do just as much (if not more), and for $50 less than the competition. Then again, if you’re looking for the cheapest way to launch a HomeKit network, the HomePod Mini is an ideal way into Apple’s smart ecosystem at a relatively low cost. Plus, you’ll have a crisp-sounding smart speaker to play around with.

For an individual breakdown of each smart speaker, check out our detailed reviews of both the HomePod Mini and Echo Dot (5th Gen) with Clock.