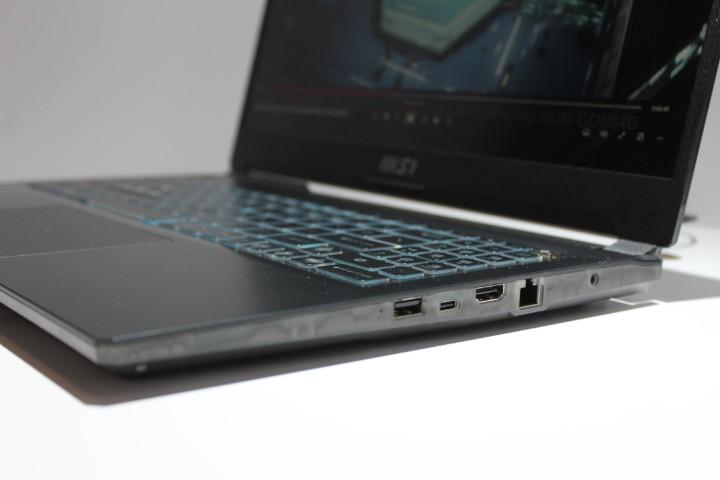 The days of cheap gaming laptops are long gone. You used to be able to get a decent gaming laptop for under $1,000 that could deliver some solid performance.

But like desktop GPUs and other PC hardware these days, prices keep on going up. And while Nvidia wanted us to focus on the maxed-out new RTX 4090 chip being offered in a variety of new gaming laptops announced at CES 2023, I was curious what the low end was going to look like in this new era. After all, Nvidia says RTX 40-series gaming laptops start at $1,000. So, what exactly does that buy you?

Well, it’s tricky to find that information out at this point, since many laptop brands are unsure of pricing and configurations themselves. But one company previewed a new budget gaming laptop with actual pricing information. It’s called the MSI Cyborg, and it’s a good example of how these new gaming laptops will be priced.

But there’s two things worth noting here with the 2023 MSI Cyborg. You only get 8GB of RAM, and unlike every other gaming laptop announced in 2023, it uses a previous-gen Intel processor. And while the different between 12th-gen and 13th-gen Intel processors might not make a huge different in gaming, it’s clearly a way for MSI to keep the price down. It also comes with a 16:9 1080p screen with a 144Hz refresh rate.

I was impressed that MSI was able to get a 40-series gaming laptop down to $1,000, which is why it ended up being one of the best gaming laptops of CES 2023. But having to rely on using a last-gen processor to get the price down isn’t a good sign.

MSI will also be selling a similar configuration of the Cyborg for $1,100 with upgrades to the Core i7-12650H and an RTX 4060. Bumping both the CPU and GPU for just $100 feels like a really solid deal, especially since the RTX 4060 comes with 8GB of VRAM.

Interestingly, MSI is also offering a very similar configuration of its Katana B12VFK-291US for $1,100, except that you get 16GB instead of 8GB. The Katana is a thicker, larger, and heavier laptop than the Cyborg. and it doesn’t feature the same translucent chassis.

We don’t know exactly how much more powerful the RTX 40-series cards will be over the 30-series GPUs — and at the end of the day, how I feel about this pricing will depend on that performance difference. If the RTX 4050 and 4060 really end up being meaningful jumps in frame rates, these could be excellent options.

On the other hand, considering what MSI had to do with the CPU choice to get the price down, I don’t suspect many new gaming laptops will hit that same price target — though I’d love to be proven wrong once more pricing information is available.