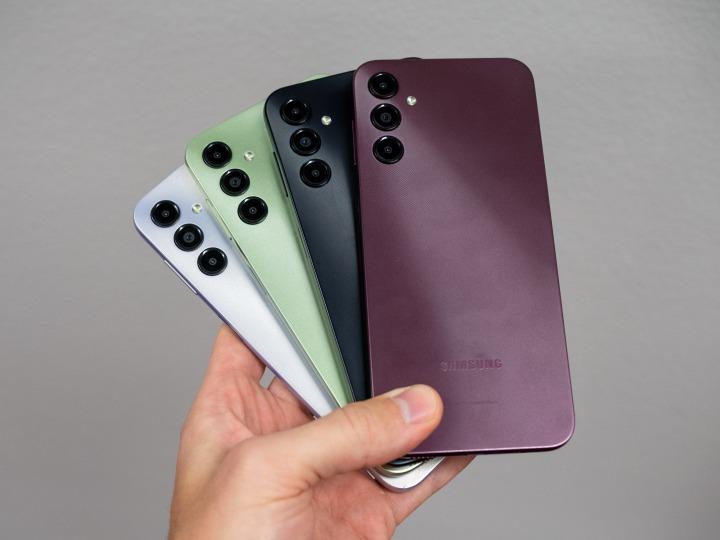 Announced at CES 2023, the Samsung Galaxy A14 5G is an impressive follow-up to the A13 that launched in 2022. Despite being sold at a relatively low price when compared to other Galaxy smartphones, the A14 5G boasts some pretty solid specs and is an easy recommendation for anyone looking to get their hands on an Android 13 device for cheap. But with it being so cheap, that raises a question — does the Galaxy A14 5G have wireless charging?

Any time a smartphone is sold at a budget price, questions arise about which premium features have been cut out to justify its low cost. Often, wireless charging is one of the first to go, as it’s only become a staple in premium offerings within the past few years. Now that the Galaxy A14 has been announced and is available for purchase, Galaxy fans may be wondering about its wireless charging capabilities. Here’s everything you need to know about the Galaxy A14’s charging options and its battery.

The Galaxy A14 5G does not have wireless charging

Like the Galaxy A13 and the rest of the A1X line before it, the Samsung Galaxy A14 5G does not have any wireless charging capabilities. While it’s certainly disappointing, it does make some sense that the feature isn’t supported based on the A14’s price. As mentioned above, there are so few budget smartphones that support wireless charging that if the A14 did have the feature, it would be an unprecedented surprise.

Because wireless charging is still seen as a premium feature, it’s likely that budget Galaxy devices — like those found in the A1X line — won’t be seeing it for quite some time.

The Galaxy A14 5G has a generous battery

Despite the lack of wireless charging options, the Galaxy A14’s battery itself is pretty impressive. It boasts a 5,000mAh cell that stacks up well against some of Samsung’s flagship models. The Galaxy S22, for example, has just a 3,700mAh battery, while the Galaxy S22 Ultra has a 5,500mAh cell. Because of how big the A14’s battery is, you can expect it to hold a charge as well as or better than Samsung’s premium flagship smartphones.

Obviously, the A14 5G won’t be able to get back up to 100% capacity in the same time as something that supports faster charging, but it should still be able to be counted on for a relatively quick charge.