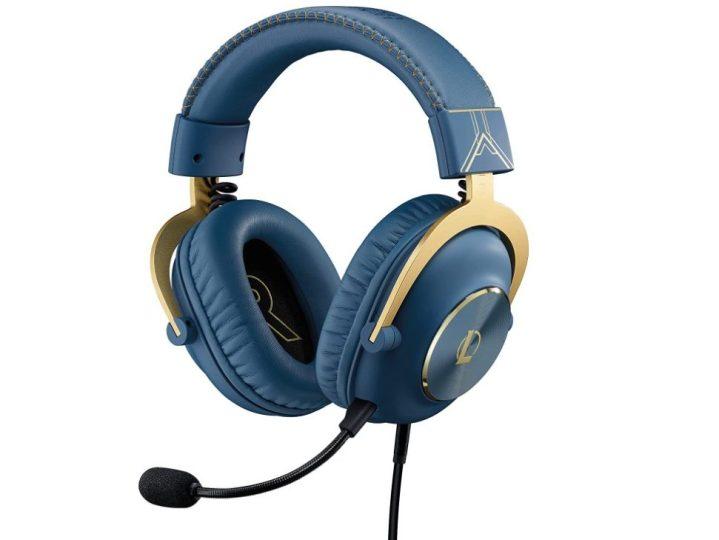 Gamers that want to commend their teammates, or yell at them, will need a gaming headset. You should be going for one of the best gaming headsets, instead of trying to save a few dollars and ending up with a product that doesn’t live up to your expectations. If you’re wearing a gaming headset, you can better appreciate the details provided by in-game audio, from the soundtrack to the environmental audio, and a built-in mic is required for clear communication with your teammates. You don’t have to spend a fortune to get a good one, though; here, we’ve rounded up a heaping truckload of the best gaming headset deals available right now for as little as $20 to $25.

The Logitech G Pro X is a headset that has always had gamers in mind. Without the removable mic plugged in, you’ll have excellent sound from the 50mm drivers and be able to enjoy 7.1 surround sound. Plus, they’re just comfy with nice earpads. With the mic plugged in, you’ll enjoy easy comms due to the Logitech G Pro X’s noise reduction and on point sound compression. But, of course, where this mic really shines is its League of Legends design. The blue and gold are truly gorgeous and you get a prominent ‘L’ for League on the outside. They’re a great way to meet other players and find friends to play with in coffee shops and gaming stores. Plus, they’re great to play with as you can download EQ settings from pro players so you can hear the game just like they do, perhaps letting you hear some cue you never would have in the past.

The JBL Quantum 300 come with JBL’s Quantum 300 sound tech to optimize sound profiles and provide wonderful surround sound. Of course, you don’t only want to be immersing yourself in sound, but also giving out precise sounds as well. With echo cancelling tech you won’t have to worry about being the most annoying sounding player on the team, well at least not because of your mic. You can quickly flip up your boom mic and mute when parents of loved ones call out for you, keeping family convo’s out of your Discord lobby. But they go deeper than that for the gamer as JBL explicitly includes everything needed for playing on a variety of systems beyond the computer, such as your Nintendo Switch, Xbox, or PlayStation. Looking for a mobile gaming companion or even a VR headset? The JBL Quantum 300 can do that for you as well!

The Razer Barracuda have integrated mics and tons of features that make them perfect for your gaming setup. One of the coolest parts is the SmartSwitch tech, which allows you to connect to two different devices at the same time, one via a 2.4 GHz connection and one via Bluetooth. Instead of unpairing with your PC or console and popping over to your phone every time you step away from your gaming setup, you can just double-tap the side of your Razer Barracuda headset instead. Then, when you’re ready to get back into gaming mode you just double-tap your headset again and you’re switched back over automatically. Speaking of gaming mode, the Razer Barracuda have Game Mode which creates a faster, more in-sync connection at the expense of effective range. It’s a pretty smart way to handle the needs of gamers and we think you’ll appreciate it.

The Razer BlackShark V2 Pro is the wireless version of the Razer BlackShark V2, which is among the best gaming headsets as the top option for PC gamers. It features Razer’s HyperSpeed wireless technology and extremely low latency, which will ensure that your audio will always stay synchronized with your game, in addition to the brand’s TriForce titanium 50mm drivers that produce bright and powerful sound. The gaming headset is also equipped with Razer’s HyperClear Supercardioid Mic for voice quality that’s extremely clear, and advanced passive noise cancellation so you also won’t have any problem hearing what your teammates have to say.

The Dell Pro wireless headset may not look like a gaming headset, but it offers all the necessary features to function like one. It will stay comfortable on your head with its leatherette earpads and adjustable headband, and you’ll be able to appreciate your games’ audio with its high-quality stereo sound and built-in noise cancellation. The headset comes with controls on the earcups that will let you adjust volume easily, and it features a reversible design that will allow you to wear it with the boom mic on the left or right. The Dell Pro wireless headset also offers a hearing protection feature that detects incoming loud noises and prevents them from reaching your ears.

How to choose a gaming headset

Choosing the right gaming headset isn’t as big of a decision as buying your next PC or console, but as with a mechanical keyboard or gaming mouse, you naturally don’t want to end up spending your hard-earned cash on one that isn’t a good fit. That’s why after setting your budget, it’s a good idea to spend a little time figuring out exactly what headset features you want and which ones you can live without (or maybe even ones you definitely do not want).

The first consideration after the price is what platform you’re gaming on. The vast majority of gaming headsets are universal in their basic functions, typically using a 3.5mm wired or Bluetooth wireless connection that allows them to interface with most devices (be they computers or consoles). Certain gaming headsets, however, are built with a specific system in mind and may have additional features that only function with that platform. For instance, a PlayStation 4 headset’s in-line remote or other onboard controls might not work properly with on your Xbox or PC even if the audio and basic in-game chat capabilities do, to name one common example. Just be sure to look over the specs and read customer reviews to make sure the headset you’re eyeing will operate fully with your chosen gaming setup. This is especially important if, like many gamers, you play on more than one platform.

Choosing between a wired or wireless headset boils down to sound fidelity and convenience. Audiophiles generally agree that wired connections produce the best sound (which is not to say that a wired gaming headset will sound better than a high-end wireless headset), so if you don’t absolutely need a wireless headset at your battle station, then it might not be worth paying the premiums that come with Bluetooth-enabled cans. That said, many if not most wireless headsets also include a 3.5mm audio jack and detachable cable, giving you the option for a wired connection when you want it. Along with possibly providing better audio, this also prevents you from draining your wireless headset’s battery all the time.

A final note before you buy: As with most electronics, you tend to get what you pay for, but you also get diminishing returns on your dollar after you cross a certain budget threshold — for gaming headsets, that’s typically around the $80-$100 mark. Nicer gaming headsets will naturally have better sound quality, sturdier construction (usually), nicer materials (namely metal instead of plastic), and clearer microphones, and even nicer ones will feature things like detailed EQ settings you can tweak to fine-tune your experience as well as 7.1 virtual surround sound. Don’t get too caught up with those additional features, however; while nice to have if you’re willing to pay for them, these are not essential and jack up the price. Know what you need, stick to your budget, adjust your expectations to your chosen price point, and you won’t end up with buyer’s remorse.