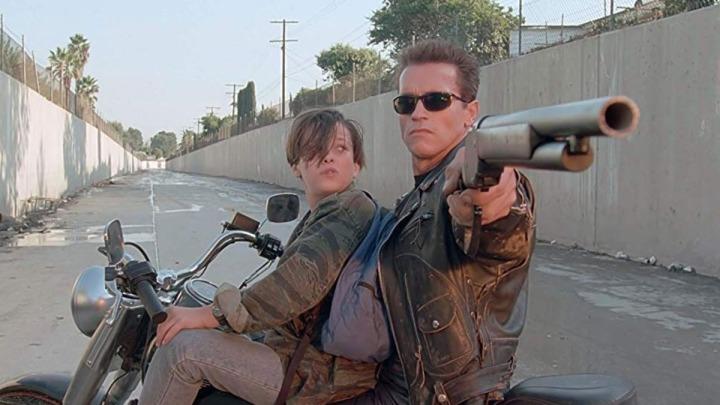 Director James Cameron recently proposed his plan to reboot the Terminator franchise … again. In an interview on the podcast “SmartLess,” Cameron said: “If I were to do another Terminator film and maybe try to launch that franchise again, which is in discussion, but nothing has been decided, I would make it much more about the AI side of it than bad robots gone crazy.”

While this sounds like an interesting idea, the Terminator franchise has been rebooted multiple times before. Even though this proposed sequel could rectify the failures of its many previous movies, there are plenty of reasons why it’s high time to put the iconic sci-fi franchise to rest.

Nearly 40 years after the first Terminator movie premiered, audiences seem to have gotten tired of the franchise after seeing its many follow-up films. The saga very much peaked with 1991’s Terminator 2: Judgment Day in terms of quality and profitability, and it has since delivered many lackluster films, including Rise of the Machines, Salvation, Genisys, and Dark Fate.

Seeing how Dark Fate was just the latest Terminator film to fail at the box office, it’s clear that people have lost interest in watching the titular killing machines come back time and time again. Unless the filmmakers use a smaller budget for a new sequel, they could risk making another box-office bomb.

It only worked with Cameron as director

The two most successful Terminator films were the first two directed by Cameron, and the critical and commercial decline that followed is evidence that the movies only worked when the man who started them all was at the helm. Aside from being a producer and co-writer for Dark Fate, Cameron hasn’t really been involved in the Terminator franchise since he directed Judgment Day.

While the films made after Judgment Day were directed by the likes of Jonathan Mostow (Breakdown, U-571), McG (Charlie’s Angels, The Babysitter), Alan Taylor (Game of Thrones, The Sopranos), and Tim Miller (Deadpool, Love, Death & Robots), they still didn’t achieve the same level of acclaim as Cameron’s movies. It would probably best serve any future Terminator films if Cameron returned to direct them himself. However, he will be very busy directing his next three Avatar sequels for the rest of this decade, so it’s unlikely he’ll have the time or energy to focus on another Terminator movie.

The Terminators are pretty much the same

Judgment Day reinvigorated the standard Terminator with the shapeshifting T-1000, a significant upgrade of the T-800. However, the Terminators that followed have since modeled themselves onthe T-1000 to the point that there not so different from each other. Machines like the T-X and the Rev-9 continue to share the ability to shap-eshift, regenerate, and create weapons, with only slight variations in their abilities.

The T-3000 from Genisys did use nanotechnology and introduced the ability to infect humans and turn them into Terminators. Even so, it still showed no significant difference from the T-1000, and it did not live up to its full creative potential as a walking, mechanical virus.

There’s nothing new to do with the story

After six movies and a short-lived series on Fox, there seems to be essentially nothing new that could be done with the franchise that would justify another big-budget reboot. Fans have seen John and Sarah Connor trying to elude the time-traveling Terminators many times before. They’ve also already seen John fighting Skynet’s army of machines as the leader of the resistance in Terminator: Salvation.

Even when Dark Fate created a new timeline with new characters, the overall story was still the same, with Sarah Connor and a Terminator once again trying to protect the future savior of humanity from an evil AI. Also, the fact that Dark Fate had new female characters fill in the archetypes created with John Connor and Kyle Reese came across to many people as a hollow attempt to appeal to modern audiences. All in all, Hollywood has tried and failed to repeat the same formula that made the first two Terminator films successful, and there doesn’t seem to be a better path for the franchise in sight.

It already has the perfect ending

Though filmmakers have tried to keep the Terminator going for as long as they could, the overall story already found the best possible conclusion with Judgment Day. Not only did the film end with Sarah and the T-800 defeating the T-1000 and saving John’s life, but they also succeeded in creating a future of their own by preventing Skynet’s creation, with the heroic T-800 making the ultimate sacrifice to save humanity’s future by having himself destroyed.

The continuous retcons and timeline changes that have since been made have diminished the impact of Judgment Day, ruining what could have been the perfect ending for John and Sarah Connor. The filmmakers only rubbed more salt into the wound when Dark Fate killed off John in its very first scene, which made all the heroes’ efforts to protect him from the Terminators feel pointless.