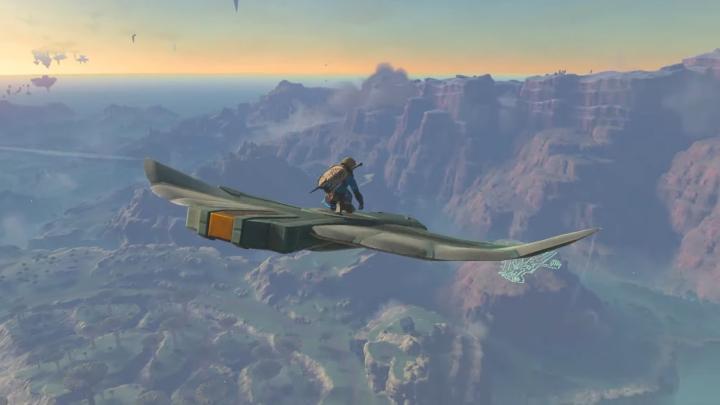 When Nintendo released the teaser trailer for Breath of the Wild 2 several years ago, it unleashed a whirlwind of rumors and speculation about a sequel to one of the best Zelda games. Thankfully, Nintendo has given us a few new glimpses into what we now know will be called The Legend of Zelda: Tears of the Kingdom, which is now nearing its final release in 2023. As anticipation reaches a new high, we’ve dug up all the information there is about our next adventure in Hyrule.

After a long development time and years of waiting, we now know that The Legend of Zelda: Tears of the Kingdom is set to launch on May 12, 2023.

The Legend of Zelda: Tears of the Kingdom will only be available on Nintendo Switch. Nintendo isn’t keen on porting its high-performing first-party titles to other consoles, and we don’t expect that trend to change when Tears is eventually released.

Nintendo has released three trailers for The Legend of Zelda: Tears of the Kingdom — a brief reveal trailer, a short gameplay trailer announced during E3, and the latest during a Nintendo Direct in 2022.

Sequel to The Legend of Zelda: Breath of the Wild – First Look Trailer – Nintendo E3 2019

The gameplay trailer is particularly interesting, as it shows a variety of new mechanics, including some that look to be borrowed from Skyward Sword.

Sequel to The Legend of Zelda: Breath of the Wild – E3 2021 Teaser – Nintendo Direct

This latest trailer was still very brief but starts off showing some ancient carvings before revealing Link opening a massive door, rushing out onto a floating platform, and fearlessly diving off. He lands on some sort of flying device before the title is revealed. Originally, Nintendo withheld revealing the official title for The Legend of Zelda: Tears of the Kingdom due to it spoiling aspects of the story. This has led to tons of fan speculation and theory-crafting, such as Ganon’s corpse rising from Hyrule Castle, the return of Malice, and even connections to The Legend of Zelda: Twilight Princess.

While there’s no consensus on hard details, most agree this will be a much darker game than the first.

After the initial trailer, there were many fans who speculated that Tears of the Kingdom would take a far darker tone than any prior Zelda game had. However, the game has since been rated by the ESRB, which gives us a good idea of what type of content the game will — and will not — have.

Tears of the Kingdom will be rated E10+, which is quite typical for the series (Breath of the Wild had the same rating), and even lower than the T rating given to Twilight Princess. It was given this rating for Fantasy Violence and Mild Suggestive Themes. This has mostly squashed theories this title would skew further toward a more “adult” oriented title, however, there is certainly a possibility of it still being darker in tone, even if not explicitly with blood and violence.

Majora’s Mask, for example, is considered one of the darkest Zelda games and was given an E rating upon initial release.

While there’s a lot we don’t know about The Legend of Zelda: Tears of the Kingdom‘s gameplay, we’re pretty confident that players will be returning to the Hyrule seen in the original Breath of the Wild. Eiji Aonuma said that he would love to visit the world again and introduce new gameplay concepts alongside a new story. He later went on to say that The Legend of Zelda: Tears of the Kingdom will indeed be a “continuation” of the original, meaning we should expect to see more of the Hyrule we’ve come to know and love over the past few years.

The 2023 E3 trailer confirmed much of that statement — although we now have a bunch of floating islands in the sky we’ll be able to explore. It’s unclear if these locations will be easily accessible while roaming around on the ground or if they’ll be set in a completely different timeline — similar to the young and adult Link variants seen in Ocarina of Time.

One thing everyone picked up from the reveal trailer is the fact that this entry is looking to be a much darker adventure than its predecessor. Aonuma went on to confirm this, saying the entry will be similar to The Legend of Zelda: Majora’s Mask in tone — easily the darkest and most disturbing game in the series. How exactly that will play out is unknown. However, it’s been confirmed that it will not tie into Majora’s Mask in any way. It might be going for a similar aesthetic, but that doesn’t mean any story elements from the hit Nintendo 64 title will make an appearance.

Apparently, the driving factor for making a Breath of the Wild sequel came from the development team conjuring up too many DLC ideas. While DLC works to add small changes to a game — it essentially functions as an expansion — you’re often limited to the existing structure of the title. Aonuma said that the team had some big changes they wanted to implement, but they couldn’t do this using DLC. As time went on and more ideas began percolating, it became clear that a new game was the only way to make these a reality.

As soon as the trailer was revealed at E3 2019, the internet exploded with rumors and speculation. Not all of it is reliable, but we’ve compiled a list of the most realistic rumblings. Nintendo hasn’t commented either way about the following claims, so it’s possible that some of these great ideas might make it into the final product:

As for the E3 2021 gameplay trailer, we saw Link with a few new tricks — such as the ability to teleport through solid objects and a deadly new gauntlet — and it confirmed that much of The Legend of Zelda: Tears of the Kingdom won’t stray too far from the original title. Speculation is already swirling about how Link, Zelda, and Ganon all fit into the picture, but for now, it’s just a bunch of fan theories, regardless of how intriguing they may be. Until Nintendo gives us some more concrete details, we’ll leave the guesswork up to internet sleuths.

The newest 2022 trailer shows off new ways to interact with objects to raise directly up into the sky environments by rewinding time.

The game is rumored to include co-op — but that’s only because fans saw Link and Zelda exploring together in the reveal trailer. Nothing is official yet, although offering co-op would be a massive change when compared to Breath of the Wild.

It’s still a long way off, but you can preorder The Legend of Zelda: Tears of the Kingdom on Amazon and .