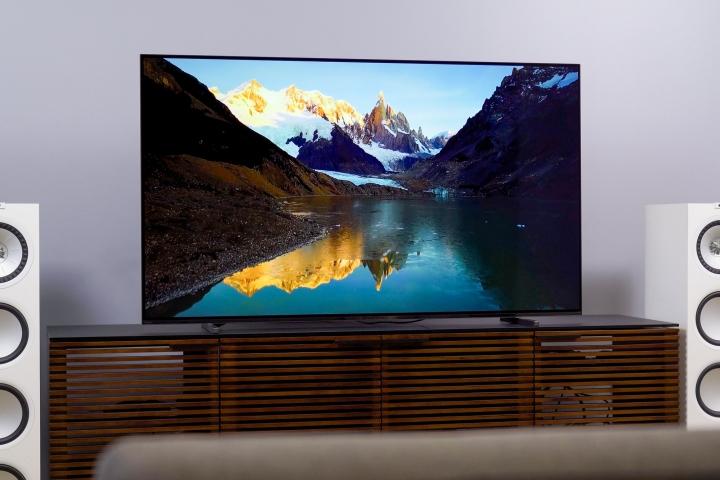 When buying a new TV, one of the big questions you have to answer is what smart TV operating system you want it to have. Big players like Samsung and LG have their own systems built-in (Tizen and webOS, respectively), which is fine. But if your sights are focused on TVs from other players like TCL, Hisense, and even Sony, you’re likely looking at those that come with Google TV or Roku built-in (we also have a roundup of the best Roku TVs).

Here, we’re going to focus on the best Google TVs you can buy right now, and currently, for our money, we’re betting on the 65-inch Sony Bravia A80J. It’s a big, beautiful OLED TV that’s backed by Google TV, so it will adeptly connect you to all your favorite TV shows and movies through streaming services from Netflix and Hulu to Disney+ and Amazon Prime Video. Google TV also pays attention to your viewing habits, and will curate a home screen packed with content that aligns with the kinds of genres you love most. Let’s get started.

Note: Google TV used to be called Android TV until a broad upgrade changed the name and interface while adding new AI technology for recommendations, etc. We’ve included an Android TV on this list as well because, for the time being, it’s still a relevant platform, but most new TVs will be running Google TV instead of Android TV.

If you’re looking for a Google TV with the most vivid colors and slimmest profile you can get, we suggest this 65-inch Sony OLED model. While other panel technologies have come a long way and are showing serious promise, nothing can quite beat OLED yet when it comes to vivid color and incredible contrast … and prices for OLEDs are better than ever, although they are still slightly pricey.

This Sony model comes with all the Google TV benefits, plus 4K resolution and a 120Hz native refresh rate. It also supports important optimization tech like HDR10, Dolby Vision, and HLG. If that sounds good for gaming to you, then we have even more good news: Sony’s TV has special optimization technology that works with PS5 for the best results and an auto low-latency mode to help prevent any problems.

The Sony A80J also sports the company’s Acoustic Audio Surface, which has sound that comes from directly behind the screen for a sense that sounds like dialogue and action sound effects such as explosions are coming from their origins on screen. The A80J does need a little tweaking to get the best picture results, but that’s a small price to pay for such a great TV.

The best Google TV for brightness

Hisense is one of the most powerful names in the TV marketplace right now, offering impressive and vibrant picture quality, beautiful HDR performance, optimized gaming features, and of course, the rock-solid Google TV platform.

The U8H is the company’s flagship set, and combines the best of two incredible picture technologies, quantum dots and mini-LED backlighting, to deliver one of the brightest images we’ve ever seen, bar none. In our testing of the Hisense U8H, we clocked peak brightness levels of around 2,000 nits (a measure of a TV’s brightness) in HDR, making the U8H one of the strongest TVs for rooms filled with ambient lighting.

The thrills don’t stop with the amazing peak and color brightness though. The U8H is also equipped with HDMI 2.1 inputs (4K/120Hz), and support for HDR10, HDR10+, Dolby Vision, and HLG formats, as well as Dolby Atmos. We also love the set’s Game Mode Pro that optimizes picture and motion capabilities when a gaming console is detected.

The Hisense U8H is available in 55-, 65- and 75-inch sizes, and the prices of each screen are highly competitive. Simply put, this is one of the least expensive midrange TVs that looks and feels much more like a premium model from Samsung or Sony.

The best Google TV for brightness

Hisense has really come into its own in the last couple of years, and this excellent panel is a great example. The Hisense U7G uses the earlier version of Google TV called Android TV, but there’s no need to worry — Android TV still gets updates and benefits from many of the features that Google TV has. The 65-inch TV also sports a 4K resolution plus a Quantum Dot panel for excellent color accuracy, and Hisense’s own ULED technology, which adds an extra layer of optimization. The refresh rate promises smooth action at 120Hz, and there’s also compatibility with Dolby Vision and Dolby Atmos technologies. The panel design also allows for an extra-high brightness limit of 1,000 nits, which works great with optimization technologies that need a wide range to work with. The premium brightness is great for bright rooms if that’s your particular setup.

This Hisense is another good pick for gaming, too, with optimization technology that can recognize games and make sure that low latency modes and variable refresh rate are enabled. It even comes with FreeSync Premium for consoles that use AMD chips! Plus, it’s one of the most affordable TVs on our list, a great pick for buyers who don’t want to skimp on any features but would prefer to save a bit of money.

Another affordable option, this brilliant 65-inch, 4K TCL 6-Series comes with Google TV and the new Mini-LED panel technology: That means it uses extra-small LEDs for backlighting so that local dimming and the resulting contrast are better than ever — an option if you like the idea of an OLED screen’s contrast but would like to save a little money. It also supports Dolby Vision and other important HDR technologies, and if you stream a lot you’ll appreciate the support for Wi-Fi 6, too.

This is another TV that’s especially good for gamers, with its 120Hz refresh rate, THX game mode, and variable refresh rate support. All in all, it’s a prime upgrade if you’d like to get some of the latest panel technologies without setting your wallet on fire.

Do you want to skip straight to the best feature set available on a Google TV-powered screen? This Sony Bravia model is where you should start. It’s one of the best TVs we’ve reviewed in recent years and comes packed with high-end, future-proof features including support for 8K content and massive 75-inch size to take advantage of it, a 120Hz refresh rate, and high brightness levels that enable the latest optimization technology like HDR10 and Dolby Vision. The local dimming and color are also some of the best we’ve ever seen on a standard LED TV.

This Bravia is also seriously smart: In addition to the Google TV platform, it supports voice commands via either Google Assistant or Alexa. Even the speakers are surprisingly good for built-in TV audio, so you don’t need to feel bad about not getting a soundbar quite yet.

The only major downside of this Bravia is that you’re paying a lot of money for features that haven’t all come into their own yet. There’s not much true 8K content available right now, although it is slowly coming. The TV also misses out on some of the advances being made with Mini-LED and other technologies, although it’s certain to be a winner for years to come.

This is the first consumer TV to offer QD-OLED technology, combining the better parts of Quantum Dot and OLED panels into a screen that can benefit from both with improved off-angle color and less risk of OLED issues like burn-in. The result is a TV we think will be one of the hottest models of 2022 and set a new standard for image quality going forward.

This 65-inch Bravia XR TV also works very well with Google TV, running the platform effortlessly. HDRO10 and Dolby Vision are both included to complement the 4K resolution, and gamers will be pleased to see the 120Hz refresh rate. There’s even an included Bravia cam that can be uncovered to make video chats and – potentially – optimize the TV for gesture controls and the most popular spots in your living room.

So yes, there’s a lot to be excited about for this QD-OLED upgrade, which also includes four HDMI ports and gaming features such as VRR (Variable Refresh Rate). But it’s not quite available yet, and when models start selling you’ll have to pay a lot to get one. New panel technologies often come at a high price, and this is a pertinent example.

What TV brands have Google TV built in?

Google is only partnering with some companies for its TV services and has only rolled out Google TV upgrades to some of those brands. Most Google TVs are Sony and TCL models at this time, with Hisense bringing the Google TV platform to its 2022 ULED TVs last year.

Note that this doesn’t mean all Sony and TCL TVs will have Google TV, many are outfitted with Roku TV, so it’s important to check when buying.

Is there a monthly fee to use Google TV?

No. This is a smart TV platform that’s free to use. However, if you download any services on it like HBO or Netflix, you will have to pay those subscription fees to stream from them.

Is Google TV the same as Chromecast?

Google actually brought Google TV to Chromecast first, and even called its latest model “Chromecast with Google TV” to clear up any confusion. However, Chromecast remains a separate dongle that you hook up to your TV, while Google TV can also be built into a TV itself.

Note that the Chromecast version of Google TV may be a bit different from other built-in versions in regards to layout and features offered.

What’s the difference between Google TV and Android TV?

Google TV is the updated version of Android TV with a new layout, more AI tech for recommendations, and a few other changes. For a more detailed explanation, check out our explainer on the differences between Google TV and Android TV.

Currently, Google is maintaining both Android TV and Google TV. But the goal is to phase out Android TV entirely. Some existing Android TVs will be updated to Google TV, but this isn’t always possible, especially with older models.