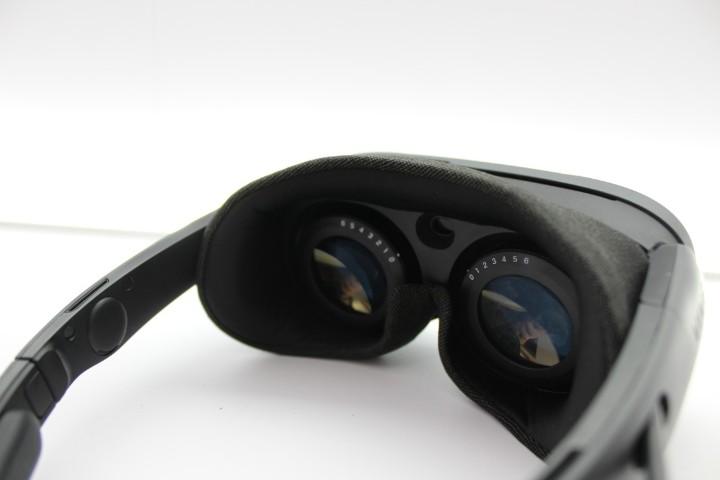 Let’s dig into the details of these two all-in-one solutions that can also be connected to computers for PCVR gaming.

One of the most important details in a VR headset’s design is the display quality. An immersive experience relies on vivid colors and crisp details, delivered at a fast enough rate to minimize VR motion sickness.

HTC’s Vive XR Elite uses thin pancake lenses like the Meta Quest Pro. This expands the sweet spot to provide much greater edge clarity compared to the typical Fresnel lenses of older VR headsets. The Vive XR Elite also boasts a slightly higher resolution, 1920 x 1920 pixels per eye, while the Quest Pro is at 1800 x 1920. That’s only a 6% difference and may not be noticeable. Similarly, the Vive XR Elite has a slightly wider field of view — 110 degrees versus the Quest Pro’s 106 degrees. Both headsets also have a 90Hz refresh rate.

HTC did give the Vive XR Elite a unique display feature that you might like if you are nearsighted. There are diopter adjustments in front of each lens for each eye. With a twist of the dials, up to 6 diopters of correction are possible. That will make glasses unnecessary for many users who might otherwise want to keep them in the headset.

Wearing glasses might be difficult with the Vive XR Elite if you’re outside that range for either eye, however, since the fit is tight enough that there isn’t room for glasses with the headset. The Quest Pro is a larger headset with plenty of room for glasses.

HTC and Meta each have large app libraries. There’s little doubt, however, that Meta’s Quest app store has more top games and apps than HTC’s Viveport. The Vive XR Elite fills that gap with the PCVR option, whereas that’s just a bonus for Quest Pro owners.

HTC is using the venerable Qualcomm Snapdragon XR2 processor that has served as a standalone solution for nearly every VR headset of note since 2020. Meta added a little more power to the Quest Pro with an upgraded Snapdragon XR2+, which Meta claims has 50% greater performance than the XR2 in the Quest 2.

Given the significant throttling of the Quest 2, it’s unclear whether the Quest Pro will be noticeably faster than the Vive XR Elite.

The HTC Vive XR Elite has inside-out tracking for the headset that’s similar to that of Meta’s Quest Pro. That means there’s no need for tracking base stations. Meta takes the lead, however, with its advanced Touch Pro Controllers that also self-track.

HTC uses controllers that have tracking rings that the headset identifies. That works fine in most cases, but fails when your hands are out of view or when one controller is blocked the other.

Both the Vive XR Elite and Quest Pro have the ability to connect to a desktop computer or laptop to handle more challenging tasks than the built-in low-power processors can handle. HTC and Meta each support USB-C and Wi-Fi 6E for fast connections to a computer.

Since HTC has been making Vive headsets for PCVR for many years, it should be relatively easy to connect to a Windows PC to play SteamVR games or draw from HTC’s PC games in VivePort. Meta’s Quest Pro can connect to a Windows PC, and it’s one of the few VR headsets that’s also compatible with a Mac. Meta makes a remote desktop app that can be used to display three virtual Mac displays in its productivity app, Horizon Workrooms.

With a nice display, good connectivity, and a PC with a fast GPU, VR gaming will look great on the Vive XR Elite and the Quest Pro. It’s hard to go wrong with either VR headset here.

This is a feature that might make all of the difference depending on how you intend to use your VR headset. For online get-togethers, bringing your virtual self to life by animating your avatar with your natural eye and facial movements is a game-changing experience.

Meta includes eye- and face-tracking in its Meta Quest Pro, but HTC will sell this as a separate module for the Vive XR Elite in the future. For most VR gaming, browsing, viewing content, and working solo in VR, there is little value in this feature at the moment. In the future, eye-tracking might be used as a rapid way to select windows, buttons, and direct movement.

Our first impressions were that the HTC Vive XR Elite has severe distortion in the mixed-reality view, specifically around the hands. This may be fixed by final launch, but it was present in the early demos during CES 2023.

The Quest Pro also combines multiple camera views to create its mixed-reality passthrough, but the error in the area between the eyes is minimal.

On the other hand, the passthrough resolution of the Vive XR Elite is greater, solving a common complaint among Quest Pro users. Meta hasn’t shared the resolution of its MR passthrough camera, but HTC’s 16MP seems to be better, at least in the bright light of its CES booth.

Meta lets you map out your environment, and HTC has a built-in depth sensor to automatically gather this data. In both cases, you’ll be alerted to physical obstacles, so there isn’t a need to see them via the passthrough camera when you’re in VR. While mixed reality will grow in importance over the next few years, the need for this capability in a VR headset is currently limited.

The most compelling mixed-reality experiences will come with AR glasses planned for 2023, 2024, and beyond. However, it is nice to be able to see when friends, family, and co-workers approach you. Also, there are a few interesting VR games and apps that make good use of mixed reality, such as Demeo, which puts a virtual board game on your real table.

Which should you buy?

The HTC Vive XR Elite is quite similar to Meta’s Quest Pro in many ways. While it costs $400 less, the Vive XR Elite lacks many of the Quest Pro’s advanced tracking features, and HTC’s selection of standalone apps isn’t as extensive as Meta’s.

The HTC Vive XR Elite is expected to arrive within the next two months. After a brief period of use at CES, we found it to be an interesting VR headset that challenges the Meta Quest Pro in some ways. It’s lighter at just 625 grams (compared to the 772-gram Quest Pro), and it has hot-swappable batteries to ease any battery life concerns. The Vive XR Elite’s glasses mode is an interesting way to reduce headset weight when used for productivity, bringing the weight of the headset down to just 273 grams. That is, by far, the XR Elite’s most unique feature.

Before making a definitive recommendation, we’ll need more time with HTC’s latest VR headset. For now, the HTC Vive XR Elite looks like a welcome alternative to the Quest Pro that is competitively priced.