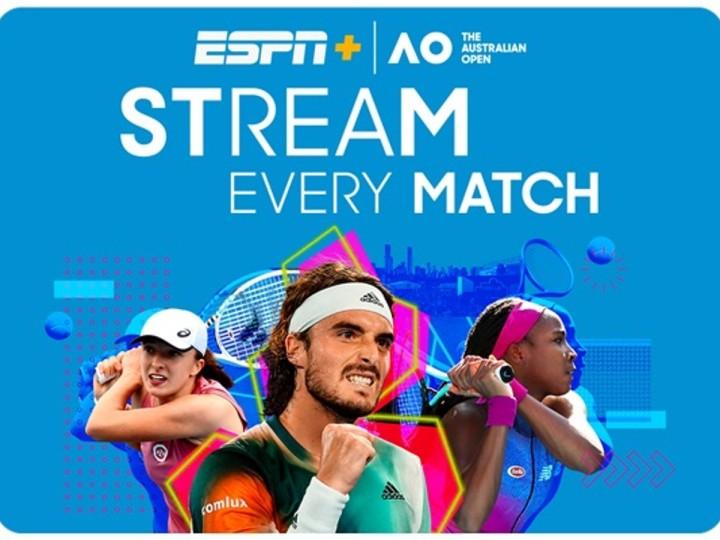 All eyes will be on Australia when the top tennis players in the world convene for the 2023 Australian Open. The Australian Open marks the first of four events in the Grand Slam. The tournament will be played on hardcourt surfaces and features the following events: men’s singles, women’s singles, men’s doubles, women’s doubles, mixed doubles, and junior championships. The Open will also include wheelchair, legends, and exhibition events.

On the men’s side, this year’s field features the return of Novak Djokovic, who holds the record for most Australian Open men’s singles titles with nine. Djokovic did not compete in last year’s tournament because of the COVID-19 vaccination requirement for all players. In women’s singles, defending champion Ashleigh Barty will not defend her title after the 26-year-old retired from tennis in March 2022.

How to watch the 2023 Australian Open

Watch the 2023 Australian Open on ESPN

How to stream the 2023 Australian Open

Stream every match of the Australian Open on ESPN+. The streaming service costs $10 per month or $100 per year. Users can bundle ESPN+ with ads, Disney+ with ads, and Hulu with ads for $13 per month.

Stream the 2023 Australian Open on ESPN+

There are other ways to acquire ESPN without a cable provider. ESPN can be accessed on subscription live TV streaming services, such as Hulu + Live TV, YouTube TV, FuboTV, and Sling TV. Prices may vary depending on the service and package. Hulu + Live TV costs $70 per month and can be bundled with ESPN+ and Disney+. Sling TV offers Orange and Blue packages, which cost $40 per month each or $55 per month if combined. FuboTV, which ranges from $70 to $100 per month, and YouTube TV, which costs $65 per month, offer free trials so subscribers can try out the services before committing long-term.

On the men’s side, Carlos Alcaraz is the world’s No. 1 player after the 19-year-old Spanish phenom won the 2022 U.S. Open. Unfortunately, he had to pull out due to an injury sustained while training. Rafael Nadal, Casper Ruud, Stefanos Tsitsipas, and Djokovic round out the top five.

On the women’s side, Iga Świątek is the No. 1-ranked player in the world. Świątek is coming off an excellent 2022, highlighted by two Grand Slam wins at the French Open and U.S. Open. Ons Jabeur, Jessica Pegula, Caroline Garcia, and Aryna Siarhiejeŭna Sabalenka fill out the top five. Naomi Osaka will sit out of the tournament after announcing her pregnancy.