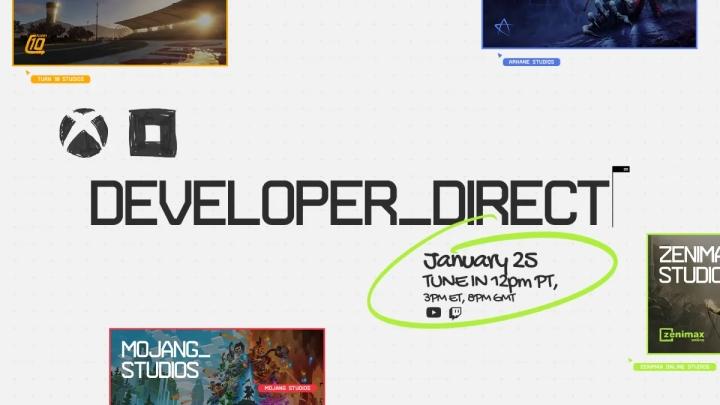 Microsoft has confirmed rumors that it will be holding a game showcase later this month. Called a Developer_Direct, this livestream will take place on January 25 and feature updates on Xbox Game Studios and Bethesda games launching over the next few months, like Redfall.  Xbox doesn’t typically do that many games showcases outside of events like E3, so this Developer_Direct seems like Microsoft’s own take on the Nintendo Direct or State of Play formula.

That said, it’s being a bit more transparent that it will be a bit slower-paced than Nintendo or PlayStation’s shows typically are. For those planning to watch the show live, this is how to watch Xbox’s upcoming Developer_Direct Showcase as well as what you can expect from games like Redfall, Forza Motorsport, Minecraft Legends, and The Elder Scrolls Online at the event.

When is Xbox and Bethesda’s Developer_Direct?

How to watch Xbox and Bethesda’s Developer_Direct

Currently, it’s confirmed that the Developer_Direct showcase will be officially livestreamed by Bethesda and Microsoft in the following four places:

Of course, other places like IGN and Gamespot are bound to also broadcast it, and some individual game developers that are featured might do so as well. We’ll update this list if Xbox Game Studios and Bethesda confirm any more official ways to watch Developer_Direct.

In the Xbox Wire post announcing the event, Microsoft is transparent that the showcase will primarily be made up of “extended gameplay showcases” rather than a flurry of brand-new game reveals. The post even detailed what players can expect from four particular games: Redfall, Forza Motorsport, Minecraft Legends, and The Elder Scrolls Online.

For Redfall, Bethesda teases that players will see “several minutes of gameplay,” from both the game’s singleplayer and multiplayer modes and will “learn more about combat, customization, bosses, the open world, and more” in the process. For Forza Motorsport, the announcement post simply says that Turn 10 Studios will “share more gameplay and exciting new details.” Mojang Studios and Blackbird Interactive’s Minecraft Legends will also get “exclusive gameplay footage.”

ZeniMax Online Studios’ The Elder Scrolls Online will really show up big at the event, as the Xbox Wire post teases that we’ll learn more about “2023’s major Chapter update, including the latest regions of Tamriel to become playable in ESO, as well as a major new feature coming in the game’s biggest update this year.” For The Elder Scrolls Online fans, an ESO Chapter Reveal Event will also air after the Developer_Direct to detail these announcements even further.

No mentions of release dates were made for any of those games, but it’d make sense for Xbox Game Studios and Bethesda to finally reveal them here as this announcement reaffirms that Redfall, Forza Motorsport, and Minecraft Legends are all launching “in the next few months.” Personally, we are also hoping for more Xbox Game Pass announcements for this otherwise meager month for the subscription service.

Will Starfield be at Xbox’s January 25 Developer_Direct?

No, Starfield won’t be featured in this showcase. Xbox Game Studios and Bethesda Game Studios confirmed that the highly anticipated sci-fi RPG won’t be at the January 25 Developer-Direct but teased that a standalone show dedicated solely to Starfield. is in the works.