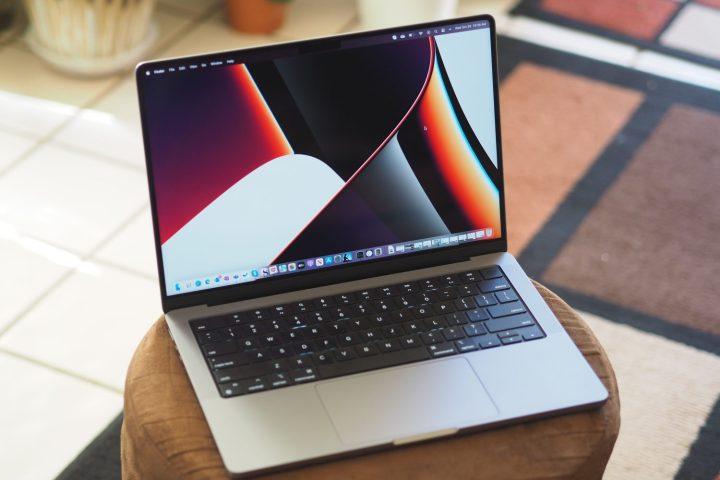 Apple could launch its first OLED MacBook in 2024 in a move that will fuel a “surge” in OLED laptop sales. It will mark the first time Apple will adopt the tech in its portable computers and could significantly ramp up their display capabilities.

The news comes from Ming-Chi Kuo, an Apple analyst who has a strong reputation for accuracy. Posting on Twitter, Kuo explained that there were numerous factors that have convinced Apple to switch away from mini-LED panels, which are currently used in the 14-inch and 16-inch MacBook Pro laptops.

For one thing, Kuo believes OLED tech permits “more diverse form factor design options,” including foldable screens. He added that laptops using OLED panels are thinner and lighter than their mini-LED counterparts, something that no doubt will be an attractive prospect for a company like Apple that prizes sleek designs.

As well as that, OLED panels feature individually illuminating LEDs and do not require backlighting. That allows for better battery life and contrast, although the mini-LED panels in the MacBook Pro come close to OLED in the latter regard.

The report follows on from Kuo’s previous claims that Apple is tinkering with an OLED MacBook. Display industry analyst Ross Young also believes 2024 is the date for an OLED MacBook, so it’s certainly worth adding it to the diary.

Thanks to the use of mini-LEDs, Apple’s MacBook Pros already have superb displays. As our writer said in our review of the 16-inch MacBook Pro, “This is the best laptop I’ve seen for watching and creating HDR content,” with mini-LEDs providing “the most significant evolution in display technology” for the MacBook range since 2012.

But with the switch to OLED, Apple could have more options at its disposal when it comes to designing its devices. We already know that the company is working on a 20-inch foldable MacBook and has a folding iMac up its sleeve too. OLED tech could be the key ingredient in both of those products.

Right now, we don’t know which Mac laptop Apple will bring OLED to first, as Kuo simply described it as a “MacBook” without mentioning if it will be a MacBook Pro or MacBook Air. But given the tech advances OLED will bring, it will almost certainly find its way into Apple’s flagship MacBook Pro line first, which typically gets new technologies before other Mac laptops.

And while Kuo said the device could launch in 2024, it’s worth noting that he specifically said “by the end of 2024 at the earliest.” Delays have seemingly befallen several of the latest rumored Apple products, from the firm’s mixed-reality headset to its next MacBook Pro models, so it’s possible we will not see an OLED MacBook until 2025.

Still, Kuo believes the device has the potential to shake up the industry, such is Apple’s influence over other companies. Don’t be surprised if we see a flood of new OLED laptops once Apple takes the plunge.