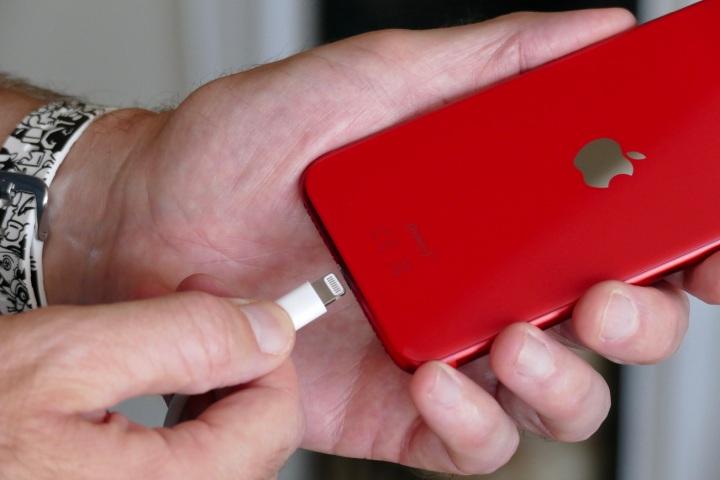 For years, rumors have swirled that Apple will eventually go portless with the iPhone. And for some reason, that appears to be what a lot of people want — no Lightning, no USB-C, no ports of any kind. This was all before the European Union mandated that Apple use a universal charger for the iPhone by 2024, and with that legislation in motion, the future of a portless iPhone has become a topic of conversation again.

Only time will tell what actually happens there. But as for me, I’ve never been one for a portless iPhone. Personally, I see a lot of problems with that, at least in the current state of things, and I hope it never happens. Here are a few big reasons why.

Wireless charging is never as fast as wired charging

While many flagship Android phones are reaching speeds of over 200mAh a minute via wired charging through USB-C, Apple’s iPhone remains one of the slowest. The iPhone 14 has fast-charge capabilities to get you a 50% charge in 30 minutes, but only as long as you have a 20W or higher adapter with USB-C, which Apple no longer includes in the iPhone box. And wireless charging on an iPhone is even slower, as Qi-compatible wireless charging tops out at 7.5W, and a certified MagSafe charger is capped at 15W.

With wired charging, you can go from a dead iPhone to about 95% typically in one and a half hours. This is with the fast charge capability, which nets about 50% in 30 minutes. But if you use a standard Qi-compatible wireless charger, going from zero to 100 will take much longer, and the worst part about that is the fact that you probably can’t even use your iPhone as it sits on the charging pad. If you go with a MagSafe charger for your iPhone 12, iPhone 13, or iPhone 14, in the same one-and-a-half-hour time frame, you can maybe get a 50% to 60% charge.

Unless wireless charging is going to get significantly better, I really don’t see the benefit of removing all ports on an iPhone. I always prefer to plug my iPhone 14 Pro in to charge it while I’m at home because it charges faster, and I can still use it as I please. I do carry MagSafe battery packs with me when I’m out of the house and use them for convenience, but I definitely notice that they charge slower than I’d like them to.

However, we may be making some progress on improvements to the wireless charging front, at least. At CES 2023, the Wireless Power Consortium (WPC) announced the upcoming Qi2 wireless charging standard, which is built on the idea of Apple’s MagSafe technology, bringing the Magnetic Power Profile to the likes of Android smartphones.

If it’s still significantly slower than good old-fashioned wired charging, how much of an upgrade is it really?

Supposedly, with the Magnetic Power Profile, mobile products should perfectly align with charging devices using the Qi2 standard, and these chargers should provide power in a more energy-efficient way while also having faster charging speeds than the current Qi standard.

What remains to be seen, though, is just how much faster this will be. More convenient wireless charging is great, but if it’s still significantly slower than good old-fashioned wired charging, how much of an upgrade is it really?

What about fast data transfer?

These days, there are a few different ways to transfer your files from an iPhone or iPad to your computer without getting cables involved. My personal favorite is simply using AirDrop, but you could always upload to your cloud service of choice — like Dropbox, iCloud, OneDrive, Google, or whatever else.

But have you attempted a file transfer that is more than just a few photos at a time? If you have a newer iPhone Pro, you may have checked out a feature called ProRes video, a popular format for professional post-production studios. A single minute of 10-bit HDR ProRes can take up to 1.7GB for regular HD format, and 6GB for 4K.

Now, imagine having multiple ProRes video clips that you want to offload onto your computer. Depending on how many gigabytes you have, something like that can take around half an hour with AirDrop. Or, you could use a USB-C cable and get everything transferred over in a couple of minutes instead. I don’t know about the rest of you, but I’d take the wired option any day.

Unless there will be some way to transfer data via MagSafe, I just don’t see how a portless iPhone will win people over, especially professionals. Additionally, you usually need to connect your iPhone to your Mac or PC with a cable when you encounter issues with it and need to troubleshoot. How would you do that if there are no ports on the iPhone?

Since Apple removed the headphone jack, almost everyone has moved on to Bluetooth headphones and earbuds for a wireless experience. But with the Lightning port and an adapter, one could still plug in their favorite high-end wired headphones and enjoy their iTunes library in high-fidelity, lossless formats if that’s what they desire.

As great as wireless earbuds have become, such as the AirPods Pro, they’re still not perfect.

Then there’s the microphone quality. I’ve never thought that wireless earbuds provide the best audio quality when it came to the microphone. Usually, they’re decent and passable, but I always prefer wired connections when I’m on a call. On my computer, I have a very reliable USB microphone and headphone setup that I never have audio quality issues with, but I always had some kind of problem with Bluetooth headphones. Sometimes, you just can’t beat wired, no matter how hard you try.

With the old wired EarPods, the microphone was inline on the cable, so it was closer to your mouth. Though wireless earbuds have tiny microphones in them, they’re still farther away from your mouth, and it’s impossible to adjust if needed. I know, it’s a rather nitpicky thing, but it’s a legitimate use case that stands to worsen in the absence of ports.

Making a portless iPhone a reality

Rumors about an iPhone without ports started in the late 2010s, so they’ve lingered for a while now. They pop back up every now and then, and every time it makes me roll my eyes.

With the recent EU regulations that are forcing Apple to adopt a common charger, who knows what’ll happen in the coming years? Some think Apple will likely use USB-C as its common charger and call it a day. But there’s also the possibility Apple removes a charging port entirely and relies on wireless charging as its “commoner charger” standard for the iPhone.

I certainly hope the former of those outcomes is what actually happens, but at this point, I’m scared to get my hopes up too much.