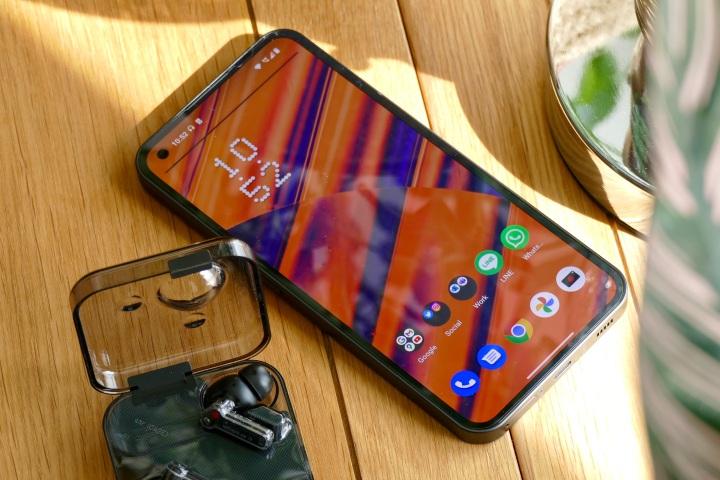 The Nothing Phone 1 launched globally last year with vague promises of a future U.S. release, but now Nothing fans don’t have to wait any longer for the smartphone to make its way stateside. Soft-launching through a “Beta Membership,” the Nothing Phone 1 is finally available for Americans who are willing to be a part of Nothing’s test program before it officially launches with retailers later in 2023.

While it’s certainly exciting for the Nothing Phone 1 to be making its way to the U.S., the release and branding of the membership program are a little odd. It gives fans the opportunity to try out the phone and test Nothing OS 1.5, which is based on Android 13 and represents a major update from Nothing OS 1.0’s Android 12 foundation. If you want in, you need to pay $299.

That’s definitely a steal for the Nothing Phone 1 since it’s sold for roughly $399 overseas, but basing a public beta test for Nothing OS 1.5 in the U.S. before the Phone 1 is even available from retailers here feels a little backward.

That’s not to say that the Nothing Phone 1 isn’t worth investing in to be a tester, but the details surrounding the soft launch are peculiar. Those who pay for the membership are given plenty for their money, most notably a black version of the Nothing Phone 1 with 8GB RAM and 128GB internal storage, so it’s hard to see a downside for anyone who’s been eager to get their hands on the smartphone.

US, we have something special just for you.

Experience Phone (1) with our Nothing Beta Membership. You'll receive a Phone (1) to test Nothing OS 1.5, powered by Android 13. And the opportunity to claim a Nothing Community Black Dot.

In addition to the phone itself, beta testers will also get a Nothing Community Black Dot NFT, as well as a whole laundry list of excellent features coming with the Nothing OS 1.5 beta, including things like improved app loading speeds, UI redesigns, and a self-repair system that helps keep the phone in top shape.

Nothing points out that the beta software is still subject to change, as is the case with all beta software, but that the Nothing Phone 1’s design has been finalized. It’s worth taking note, however, that since the Phone 1 still hasn’t officially launched in the U.S., those who are opting into the beta test may face some struggles with adding the phone to their preferred carrier network.

It’s exciting that the Nothing Phone 1 is finally launching in the U.S. after a fair amount of radio silence from Nothing, but fans who are waiting for the official U.S. launch will need to wait even longer as the beta test is going to last through June 30, according to an FAQ page. This means that we can likely expect the Nothing Phone 1 to start showing up in U.S.-based retailers in the second half of 2023.

You can sign up now to join Nothing’s Beta Membership.