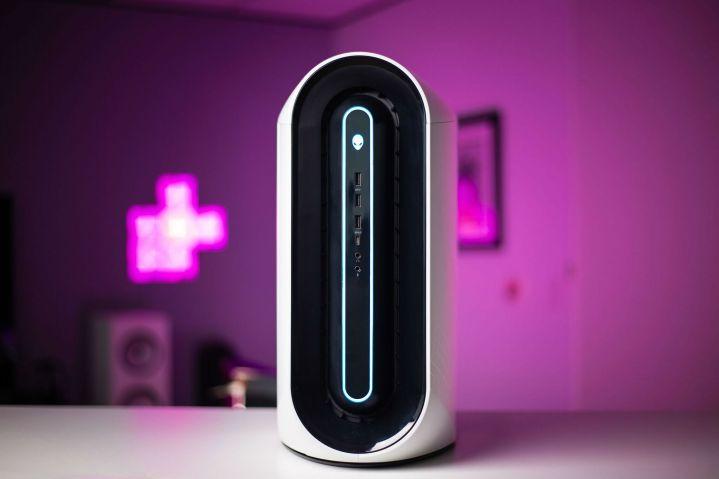 If you don’t know how to build a PC from scratch and the whole process seems too daunting, then a pre-built PC is a great option. But, of course, the problem then becomes; where do you buy it from? While there are a lot of great desktop computer deals and gaming PC deals floating around, it might be hard to know which retailer is the best one to go with. So to make life a bit easier for you, we’ve taken a quick look at five of the biggest retailers and why you should go to them, so let’s jump right in!

While Best Buy doesn’t have the most extensive range of pre-built gaming PCs, they often throw in extras, such as keyboards, mice, games, and even software like anti-viruses and great deals on productivity software like Microsoft 365 as part of the purchase. You can also do trade-ins, and some pre-builts have open-box versions that allow you to get them a bit cheaper; plus, you get a 15-day window for a hassle-free return. Of course, there are also benefits if you’re part of Best Buy’s TotalTech subscription, so that’s something to consider if you want to go that route.

Dell only sells its brand of gaming PCs, but it has one of the widest ranges of specs that you’ll likely find on the market. That means if you have a good idea of the stuff you want, you’ll almost certainly find a pre-built PC that has it, or at least something close enough that you can customize. Dell also works across different verticals, meaning they have gaming PCs, work PCs, graphics design and video editing PCs, general use PCs, and so forth, so don’t think you’ll only find gaming PCs or work PCs here. Beyond that, Dell usually includes software packages or games and has some great financing options, and if you really want the best in gaming, then there’s the Alienware lineup of high-end gaming desktops, such as the Alienware Aurora R14.

While HP doesn’t have as large a selection as Dell, they have a lot of great budget-oriented pre-built PCs, especially if you want something for gaming. Their HP Pavillion pre-built is excellent for gaming if you don’t want to spend a fortune, and it has some nice customization options if you have a good idea of how to buy a gaming PC. There’s also the OMEN by HP lineup that also has both budget and higher-end gaming PCs you can pick up. That said, HP also has some great work and general-use pre-builts, and much like Dell, you’ll usually find some great customization options and financing. So if you’re not that tech-savvy and want something straightforward, HP is a great place to grab a pre-built PC from.

When it comes to Lenovo, their pre-built PCs tend to focus on the mid-to-high range of gaming; in particular, their Legion lineup of pre-built desktops is excellent and is a good option if you’re just getting into the world of gaming. They also have some good desktops for work and general use, but if you want one, it probably makes more sense to go with Dell or HP. That said, Lenovo shines in their laptops, with one of the most extensive offerings on the market; you can find any sort of laptop for any kind of budget with Lenovo. Either way, the company always has great deals, and they’ll often throw in a free software subscription, game, or even peripherals, so it’s well worth it to look through their deals well before buying stuff.

Newegg is similar to Best Buy in that it doesn’t have its own brand of pre-builts but sells those of other companies. Of course, Newegg is one of the premier computer and computer parts online stores, so you’ll find pre-builts from most companies, especially boutique ones. That can be both bad and good; if you’re familiar with computer specs and are willing to put the time and effort into research, you really can find what you want perfectly and potentially even cheaper than other stores. On the other hand, if you aren’t tech-savvy, it can be exceedingly overwhelming to wade through hundreds of pre-built systems. On the bright side, buying off Newegg means you can also grab any upgrades or peripherals you want while you’re at it.