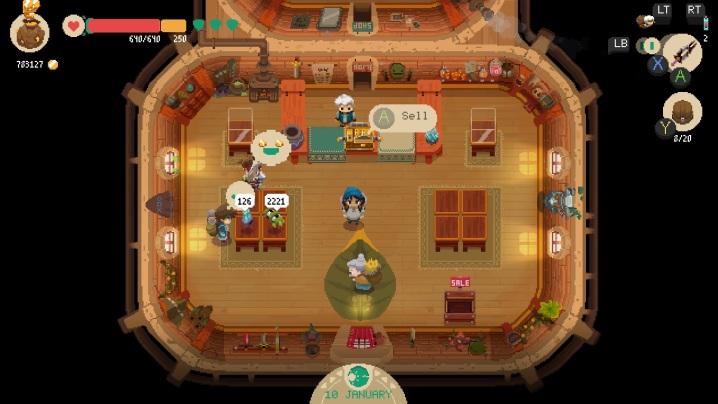 Every joke possible has already been made about Netflix Games being — or not being — “the Netflix of games,” so we won’t waste your time trying to come up with another one. In the end, Netflix Games is doing its own thing rather than following the lead of other subscription services, and considering that nearly everyone has access to a Netflix account already, there’s no barrier to entry for a huge audience to check out its library of games. All you need is a smartphone and the Netflix app, and you’re all set.

While Netflix Games continues to build up their content, there already is enough there to induce some choice paralysis, especially if you’ve never heard of many of the games on offer. Just like the lineup of shows and movies on Netflix proper, not every game is of the same quality or will be to your taste. Rather than scrolling through the options and never settling on a choice like you do when trying to pick a movie, try out one of our picks for the best games on Netflix Games.

We start with the one game that some are likely to recognize: Moonlighter. This indie hit came out much earlier on PC and consoles but has made its way onto your phone via Netflix Games. This is a beautiful pixel art game in which you play as Will, a shopkeeper in a town that needs to explore the dangerous dungeons to acquire the goods that you will then sell during the daytime hours. Half 2D Zelda-style adventure, with plenty of rogue-like elements, and half management sim, Moonlighter is a very charming game with hours upon hours of content to keep you coming back. However, thanks to the nature of the game being broken up into dungeon diving at night and managing your shop during the day, it is also perfect for more bite-sized play sessions too.

Poinpy will draw your eye thanks to an adorable art style, but once you start playing, you’ll be glued to your screen. This gem comes from the developer of Downwell, one of the all-time great phone games, so the team knows what makes an addictive mobile game. Unlike that last game, Poinpy simply asks you to navigate your character upward, aiming your jumps from platform to platform. It’s that simple to start with, but things quickly get more complex as new things to keep in mind and watch out for as you get higher and higher. If you know you’re a sucker for those games that make you say “just one more run” then Poinpy is a must-play.

Mini-golf games were some of the most popular back when Flash games were big, and while they’re arguably better than ever, for some reason aren’t quite as talked about. That shouldn’t be the case for Wonderputt Forever, which is an almost therapeutic experience. Everything from the perspective to the soundtrack, and even the *clock* sound of hitting the golf ball just evokes a chill vibe. There’s no pressure, only fun courses to putt your way through to see what cool new location you’re taken to next. Wonderputt Forever is as magical as you thought mini-golf courses were as a child, and it’s a joy to play through.

Based on the webcomic of the same name, Krispee Street takes the same concept that made adult coloring books a reality, only for those old Where’s Waldo? books. The art is the most important factor here, since looking at stuff is the whole idea of this game, and thankfully is amazing. Every inch of each spread is littered with personality, from the strange, yet joyful, creatures, to a pair of eyes on a fire hydrant. No inch of space feels like you’ve wasted your time looking there, even if you don’t find the object you’re hunting. You can play each level, earning coins as you go, play the daily challenges, or just load up zen mode and chill out playing for as long as you like. If Krispee Street can’t rekindle your childhood spirit, nothing will.

Console ports to mobile are always tricky, but this beat ’em up manages to not only translate well, but it arguably performs best on mobile devices. The high speed, hectic brawling action translates surprisingly well to touch controls, and the graphics and animations look right at home on the smaller screen. Best of all, and perhaps most importantly, the game runs as smooth as Turtle Wax. If you somehow missed this throwback to the classic turtle arcade games, this game pays clear homage to those games of old, but with plenty of modern conveniences.

While Lucky Luna may appear like another attempt to capitalize on nostalgia, once you start playing this platformer, you will see it in a completely different light. This game focuses more on vertical platforming than normal side-scrollers, with levels packed with collectibles, secrets, and challenges to complete. The controls are easy and flow fantastic, even though you’re missing a key move almost every platformer needs: a jump button. Part of the amazing design of the game is how you need to bounce off enemies or use the environment to gain height. This simple change makes you approach levels in a brand new way that begs you to replay them until you make a perfect run.

Perhaps one of the most unique games of all time, Before Your Eyes can be played by almost anyone. We don’t say that lightly, either, but this narrative adventure is controlled exclusively via blinking. The story is about a person’s entire life flashing before their eyes, which is perfectly mirrored in the mechanics where, out of your control, blinking can end one memory and flash you forward to the next. Despite your best efforts, you will blink past key emotional moments, leading to a game that will stick with you long after you’ve finished.

We won’t say much, or really anything, about the plot of Immortality since piecing together the story is essentially what the entire game is about. This full-motion video game has you watching clips from three different fictional movies to try to solve a mystery by selecting different objects or people in a clip, which can lead you into another clip that person or object also appears in. It sounds strange, and that’s just the tip of the iceberg, but this is a gripping game that translates perfectly to your phone.

This point-and-click adventure game is odd, but beautiful. This game took years to finally release in full, but is now complete and a perfect fit for your phone. Gameplay is all about simple moving and choices, so no need for twitch reactions or extreme precision. It’ss more focused on exploring some difficult themes, such as alcoholism, loss, debt, and more. There’s no way to “lose” Kentucky Route Zero — only alter its path based on your choices. It may sound simple, but this game will stick with you for a long time.

It’s somewhat surprising that Into the Breach took this long to come to any form of a mobile platform given how perfect the gameplay feels on a phone. This is a tactical, turn-based rogue-lite that plays more like a puzzle game than anything else. You control a team of mechs you deploy into different missions on grid-based maps to fight off alien bugs. Each mech and bug has its own movement and attack options, but what makes this game so addictive is that you see exactly what the enemy team is going to do and then need to plan your turn to counter it. If you utilize all your abilities and actions correctly, you can complete missions without taking a single hit. That’s easier said than done but oh-so-satisfying when you pull it off. This version also includes DLC, giving you even more to experiment with.