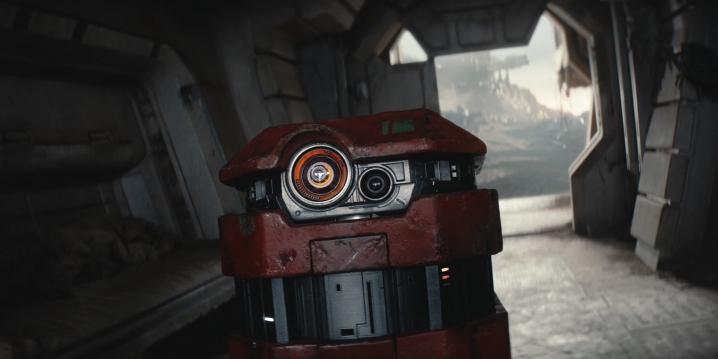 Star Wars means a lot to many people, and it was always going to be a bit of a challenge to adapt it to television. While some of Disney’s Star Warsshows have been tremendous success stories, others have been less widely acclaimed.

Thankfully, Andor is one of the good ones, and that’s in part because it introduces so many great characters that further enrich the Star Warsuniverse we already know and love. These characters are rebels and Empire lackeys alike, but each one of them gave us a new way to think about what Star Wars can be.

Droids are one of the most popular and unique aspects of the world of Star Wars, and they’re often among the best parts of the stories they are a part of. B2EMO is no exception to that trend. Maarva’s worn-down droid has seen a lot over the years, but he’s also one of the more loving droids we’ve ever seen in a Star Wars property.

Syril is not exactly a likable character, but he is definitely compelling in his own way. The former corporate security officer has plenty of ambition, and also a drive to capture Cassian that comes from a feeling that he was cheated by the soon-to-be rebel.

Of course, Cassian has no idea who Syril is, and that’s part of the brilliance of this character. He’s loyal to an Empire that has no feeling for him at all, and his greatest enemy is a guy who has no idea he exists. He’s created an entire narrative where he’s at the center, but no one else cares.

Cassian’s former and potentially future love has basically no interest in the rebellion. She’s just trying to stay alive and under the Empire’s radar, but ultimately finds that that’s completely impossible to do.

Bix doesn’t drive the story, but seeing her endure the torture that Dedra subjects her to causes the kind of permanent damage that may take years to totally recover from. Bix is largely an innocent bystander, but she’s also a reminder of what the Empire is willing to do to get what it wants.

The regal, influential senator who will eventually become the leader of the Rebellion, Mon Mothma is a fascinating presence on Andor. While she is unabashedly aligned with the rebel cause, she struggles about what that Rebellion will mean, and the kind of suffering that it will inevitably cause.

Mon Mothma’s desire for restraint is balanced by Luthen’s belief in doing whatever it takes to overthrow the Empire. Once you add in the complicated dynamics of her family life, she easily becomes one of the show’s most fascinating rebels.

One of the great tricks of Andor is making it easy for viewers to root for Dedra Meero in the beginning. She’s the only women in a sea of male Empire bureaucrats, and she proves herself to be better than anyone at her job.

Unfortunately, the second she gets some power, you’re forced to remember that Dedra is working for the bad guys, which means she’s often making the people we know and love suffer. She wants the order of the Empire to prevail, and while she may be very good at her job, she’s ultimately just as villainous as everyone else who dedicates their lives to the Empire.

Cassian’s adopted mother is one of the greatest rebels in all of Andor, someone who decides to stay and fight for her planet when she has a clear opportunity to leave. She knows that Cassian will find the will to fight eventually, and she encourages all of Ferrix to do the same in her climactic speech, which is given from beyond the grave.

Maarva is a character who knows how easy it is to play by the rules, and how hard it is to defy those with power. She also knows that it’s something that’s worth doing anyway.

Kino Loy is one of the prisoners on Narkina 5, and he’s initially the one most resistant to planning an escape. Once he discovers that prisoners aren’t actually being released, though, Kino leads the charge toward an escape.

What makes Kino’s actions so thrilling is, in part, the fact that he knows he’ll never make it out alive. He can’t swim, which means that he’ll be trapped on Narkina 5 forever. Even so, he leads the escape so his fellow prisoners can be free, knowing that any hope he had previously put in the fairness of the Empire was entirely an illusion.

The lead character on Andor can seem like a bit of a passive presence throughout season 1. What the finale does so brilliantly, though, is show us the ways that all of Cassian’s experiences have subtly transformed him into a rebel, almost without him realizing it.

He already knew about the many injustices the Empire committed against its people, but it was only after his heist and prison escape that he finally realized he could do something about it. Cassian Andor becomes a rebel, even though he never articulates that change explicitly.

Luthen gets what may be the greatest monologue in the history of Star Warsin Andor, and it’s a beautiful summation of who he is as a character. He operates in the shadows, willing to commit atrocities for the sake of a cause he believes in deeply.

Luthen doesn’t do it for the glory; he knows that when the histories are recorded, he’ll be forgotten. He has sacrificed his entire existence for a future that he’ll never see. He’s a hero, in part because he’s so willing to be the bad guy.

We only got to spend a little time with Nemik before he died during the heist on Aldhani, but in that time, we saw just how wise he was. Nemik’s manifesto, and his sincere belief in the rebellion, also make him one of the best characters Star Wars has produced when it comes to explaining exactly why the rebellion was necessary and inevitable.

In the finale, we hear snippets from his manifesto, and he encourages anyone listening to continue fighting, knowing what it might cost. He knew that the Rebellion was a cause worth fighting for, and he may have been instrumental in turning Cassian into the rebel he eventually became.

You can stream all of Andor season 1 on Disney+.