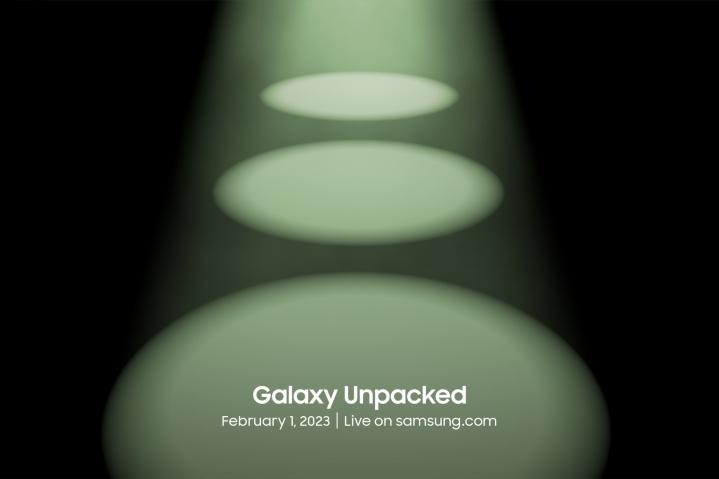 There are a few things you can rely on at the beginning of each new year. Most of us make resolutions, the days start to get longer, and Samsung holds an Unpacked event. Just like clockwork, we now have official invites for Samsung’s latest Galaxy Unpacked, happening February 1, 2023.

Samsung kicked off 2022 with a Galaxy Unpacked event to announce the Galaxy S22 series, and in 2021 brought us the Galaxy S21 lineup. What’s special about this year’s Unpacked is that it’s the first in-person one since February 2020. Samsung has stuck with virtual versions of Galaxy Unpacked the past couple years, but come February 2023, the company is ready to go back to in-person spectacles. You can see the invite below.

Almost time for the Galaxy S23

Although Samsung doesn’t outright say what it’s announcing at next month’s Galaxy Unpacked, it’s all but confirmed that this is where we’ll first see the Samsung Galaxy S23. Samsung’s expected to stick with its usual three-device strategy, meaning we should get the Galaxy S23, Galaxy S23+, and Galaxy S23 Ultra.

One of the biggest changes we’re expecting is for the S23 and S23+ to adopt individual cutouts for their rear cameras, rather than putting the sensors in a separate housing on the back. The three spotlights in the invite hintat the rumored camera design for the S23 lineup, while the green color is the same one we’ve seen leaked for the S23 Ultra.

What else do we anticipate for the Galaxy S23? All three phones will almost certainly be rocking Qualcomm’s Snapdragon 8 Gen 2 chipset. We expect AMOLED displays with 120Hz refresh rates across all models, in addition to 1,750 nits of brightness for all of them. There have also been rumblings about Samsung adding satellite connectivity, not unlike what Apple offers with Emergency SOS via satellite on the iPhone 14.

And who knows what else Samsung has to announce? Perhaps we’ll see the Galaxy Tab S9 series? Maybe some updates to Samsung’s Galaxy Bud range? With Unpacked, just about anything can happen.

When and where Galaxy Unpacked is happening

Galaxy Unpacked officially kicks off at 10 a.m. on Wednesday, February 1 at the Masonic Auditorium in San Francisco. If you aren’t invited to attend Unpacked in person, Samsung will still be livestreaming it for free, so you can watch it online from home.

Samsung has also opened its Samsung Reserve program again for those thinking about pre-orders for whatever products are announced. Between January 10 and February 1, you can sign up on Samsung’s website (or in the Shop Samsung app) to lock in discounts on your future purchases. You’ll get a $50 credit when preordering one device, or a $100 credit if you preorder two devices.