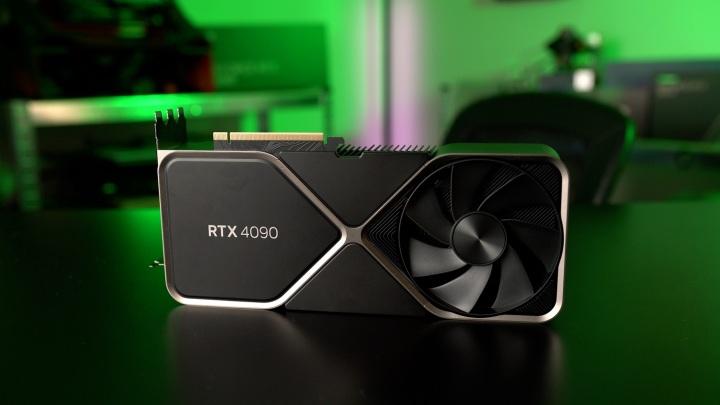 Nvidia’s current generation of graphics cards is here, and the range includes desktop and laptop models. Also referred to as Nvidia Ada Lovelace, the RTX 40-series debuted in 2022 and is set to continue being updated with new cards throughout 2023.

Below, we’ll tell you all you need to know about each of Nvidia’s best graphics cards, all set to rival AMD’s RX 7000 GPUs.

We only have three RTX 40-series GPUs right now, but here’s how their specs break down:

In this generation, Nvidia started out with a bang by introducing the flagship RTX 4090. First announced on September 20, 2022, the graphics card hit the shelves on October 12. The Founders Edition was priced at $1,600 from the get-go, but unsurprisingly, many of the cards made by Nvidia’s board partners cost a lot more.

Much like during the days of the dreadful GPU shortage, the RTX 4090 is usually out of stock. In the days following the launch, it was sold for over twice its retail price on eBay, and scalpers still have some luck re-selling the card to this day.

Next, Nvidia announced the RTX 4080 16GB and the RTX 4080 12GB. While the former landed in stores on November 16 with a $1,200 price tag, the latter never made it to the market under that name. Nvidia “unlaunched” the RTX 4080 12GB following some backlash about its price and expected performance. However, the card made a reappearance at CES 2023 and was officially released on January 5, 2023, now dubbed the RTX 4070 Ti.

The RTX 4080 also hadn’t managed to avoid controversy about its price. With the RTX 4090 only $400 more expensive, the flagship is actually a better deal — so much so that the release of the RTX 4080 boosted the sales of the RTX 4090.

The desktop GPU lineup is still missing the RTX 4070, RTX 4060, and RTX 4050. We haven’t heard much about these cards yet, but it’s safe to assume Nvidia may launch some (or all) of them throughout the year.

During its CES 2023 keynote, Nvidia also revealed the RTX 40-series mobile range, and that lineup actually includes more GPUs than the desktop range does right now. Notably, it also serves up a wider range of laptop GPUs than its predecessor. Ampere cards maxed out at the RTX 3080 Ti in laptops, but the Ada Lovelace lineup goes all the way up to the RTX 4090M.

Nvidia’s Ada Lovelace is built based on TSMC’s N4 manufacturing process, meaning a 4nm process node. This is a much smaller process than the last-gen Ampere cards, all built on an 8nm node. Although not all of these GPUs have been released yet, we know that in this generation, the GPU dies range from the AD102 (flagship) to the AD106 (budget).

A smaller manufacturing process means Nvidia can squeeze more cores on the same GPU die, and this is proven by the top die itself. The AD102 GPU in its fully unlocked state has a massive 18,432 CUDA cores. Compared to the last-gen RTX 3090 Ti, we’re seeing a huge jump in core counts, because the RTX 3090 Ti only had 10,752. However, it’s important to note that Nvidia hasn’t even released the full AD102 GPU just yet.

Right now, the best graphics card in Nvidia’s arsenal is the RTX 4090, and it doesn’t feature the full-fledged AD102 die. This implies that in the future, Nvidia will bring out an RTX 4090 Ti, or perhaps even resurrect the RTX Titan, which will utilize the full AD102 GPU.

For the time being, the RTX 4090 is plenty powerful as it is, anyway, showing a massive generational leap over the RTX 3090 Ti, let alone the RTX 3090. The GPU makes the most of the 4nm node and boosts the clock speed up to 2.52GHz.

It should come as no surprise that Nvidia brought back Tensor cores and ray tracing cores, making them better than ever before. RTX 40-series features fourth-gen Tensor cores and third-gen ray tracing (RT) cores. The new RT cores give Nvidia even more of a lead over AMD when it comes to ray tracing, and it’s safe to call the RTX 4090 a monstrous RT machine. It’s capable of maintaining reasonably high frame rates while running games on ultra settings, with ray tracing enabled, at 4K.

This generation also introduces DLSS 3, which instead of predicting pixels is capable of predicting whole frames in games — this can drastically boost your frames per second (fps). There’s Shader Execution Reordering (SER) too, which contributes to an improvement in ray tracing performance and can increase your fps by reorganizing GPU workloads.

Nvidia uses a monolithic design for RTX 40-series cards, while AMD’s Radeon RX 7000 cards use a multi-chip module (MCM). Nvidia was rumored to move to an MCM design with its data center Hopper GPUs, but so far, all we’ve seen have been monolithic dies.

We’ve had the chance to get up close and personal with each one of the Nvidia RTX 40-series graphics cards that are out right now, meaning the RTX 4090, RTX 4080, and the RTX 4070 Ti. With an extensive set of benchmarks for each one of them, we have a pretty good idea of how these cards stack up against the competition, which at the moment only includes AMD’s RX 7900 XTX and RX 7900 XT.

Things are a little less optimistic as we move down the product stack. The Nvidia RTX 4080, somewhat controversial from its inception due to it being overpriced, didn’t manage to steal the spotlight away from the RTX 4090. It’s certainly powerful in its own right — it’s just that after the RTX 4090, many might have expected more out of the RTX 4080, which is also typically considered to be a high-end GPU.

With that said, it’s still a solid card, and it was definitely made to be a 4K gaming GPU. Across our test suite, we’ve found that it’s around 30% slower than the RTX 4090, which is a lot when you consider it’s only 25% cheaper. On the other hand, it does a good job of destroying its predecessors with a 42% lead over the RTX 3080 Ti. It even manages to beat the last-gen flagship RTX 3090 Ti, winning by a comfortable 22% margin.

Moving on to the RTX 4070 Ti, it’s time to leave any serious dreams of 4K gaming at the door and settle for a fantastic 1440p experience instead. While the GPU can certainly run games at 4K, Nvidia itself markets it as a 1440p GPU, and our tests confirm this. While the RTX 4070 Ti maintained a respectable 77.1 fps on average at 4K, it’s still around 20% slower than the RTX 4080 and a whopping 41% worse than the RTX 4090.

It certainly fares better at 1440p, though. It’s around 13% faster than the last-gen RTX 3090 and 40% better than its last-gen predecessor (RTX 3070 Ti). It still gets beaten by both of AMD’s graphics cards, and in general, the RX 7900 XT outperforms it in most scenarios outside of ray tracing.

We don’t know anything about the performance of Nvidia’s mobile GPUs yet — at least not through any real benchmarks. However, Nvidia promises to deliver “60 fps surround gaming” at 4K with the RTX 4090M and the RTX 4080M, while the mainstream GPUs (4070, 4060, 4050) were made to deliver strong performance in combination with high efficiency. Nvidia likens their performance to that of a desktop RTX 3080.

The introduction of DLSS 3 marks yet another leap for Nvidia, and this technology is one of the things that sets it apart from the previous generations — it’s only available on RTX 40-series cards right now. Nvidia paid a great deal of attention to the tech, touting its ability to generate unique frames instead of just pixels.

We’ve tested DLSS 3 on each of the Ada GPUs out so far, and it’s certainly impressive. As illustrated by the screenshot above, we ran the 3DMark Port Royal DLSS 3 benchmark on an RTX 4090 at 8K with frame generation enabled. The result is staggering, showing a 578% boost to frame rates. Of course, it’s not quite that insane in real gaming scenarios, but we’re still seeing gains as high as 128% in some titles.

DLSS 3 and frame generation are supported by Nvidia’s Reflex, which works to cut latency and reduce rendering lag.

DLSS 3 is great — for the most part. The technology still has to mature, though. For the time being, there are plenty of visual artifacts when playing with frame generation enabled. While this does affect the overall experience, we’ve mostly found that the gains can be worth it. As Nvidia continues working on DLSS 3 and adding more games to the list of titles that support it, we hope that the visuals will improve accordingly.

A significant boost in performance often comes with an increase in power demands. Before the release of RTX 40-series cards, the rumor mill has been running wild with speculation about the possible power draw of the RTX 4090, with some sources saying it might have a total board power (TBP) as high as 600 watts. Fortunately, that never came to be.

On paper, 450W is still really high, but fortunately, the RTX 4090 hardly ever uses that much. If you run dedicated tests that force the card to reach that threshold, it will — but in day-to-day gaming, it steers clear of 450W and still maintains outstanding performance.

We’ve observed similar efficiency in the other Ada cards in the lineup, which bodes well for the GPU family as a whole. Unfortunately, Nvidia hasn’t managed to avoid controversy in this department. The obscene power requirements didn’t prove to be true, but a little while after the launch of the RTX 4090, the first reports of the card melting started cropping up.

The culprit seems to be the 16-pin 12VHPWR power connector that the RTX 4090 comes with. For some users, after a period of intense usage, the connector started melting. This led to the cards being sent in for replacement, and Nvidia collected those models for the purpose of investigating the issue.

Most sources claim that this was caused by the connector being poorly seated. The RTX 4090 is a massive graphics card and many PC cases simply can’t accommodate it without bending the power cable a little. Angling the connector contributed to rising temperatures, and for some users, melting.

Despite the passage of time, Nvidia hasn’t made any clear statement as to what happened. Fortunately, the reports of this happening are few and far apart, implying that it’s a small-scale problem.