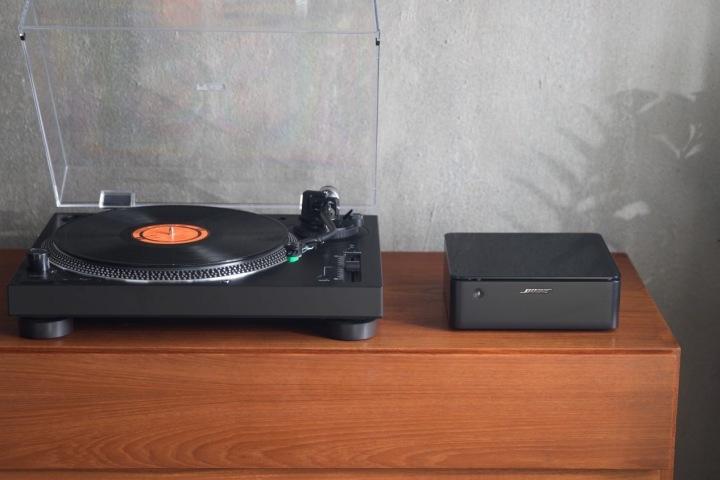 With no fanfare of any kind, not even a press release, Bose launched its Bose Music Amplifier in October 2022 — and we only just became aware of it. It’s hard to say why the company decided to take such a stealthy approach, except maybe it wanted all of the attention on its Smart Soundbar 600, which hit retail at the same time. One look at the Music Amplifier and its price ($699) and it’s immediately obvious that it has been designed as a direct competitor to the $699 Sonos Amp, as the similarities are unmistakable.

Like the Sonos Amp, the Bose Music Amplifier is an all-in-one wireless audio component for those who already own (or intend to buy) a set of wired speakers. In fact, as long as you don’t mind listening to the same thing, you can power two pairs of wired speakers from the Music Amplifier, like a set of ceiling speakers and a set of bookshelf units. With 125 watts per channel (same as the Sonos Amp), there should be plenty of power for two sets, as long as you pay attention to the impedance changes: with a single set, no less than 4 ohms will work, but if you throw in that extra set, all four speakers should be no less than 8 ohms.

The Sonos Amp can do that too, but the Bose Music Amplifier makes it a little easier by giving you discrete speaker wire modules for each set of wires, instead of requiring that you twist together the respective negative and positive wires of each stereo pair, then wire them into the Sonos Amp’s single set of terminals.

Curiously, even though the Music Amplifier will work with all kinds of passive speakers, including Bose’s own slowly dwindling collection, the amp comes with special EQ presets for two specific Bose products: the Bose 251 outdoor speakers and the Bose 791 in-ceiling speakers II, which Bose says will give these speakers clearer, more balanced sound. In an even stranger twist, these EQ settings are managed via a series of DIP switches on the unit’s back panel.

The whole system is controlled via the Bose Music app, which gives you everything you need to run the Music Amplifier on its own or as part of a multiroom setup, including access to streaming music services like Spotify, Amazon Music, Pandora, and Deezer. It’s a predominantly Wi-Fi-based system (with Ethernet jacks for wired use). There’s AirPlay 2 and Chromecast Built-in support, but there’s also a Bluetooth connection, giving the Music Amplifier more options than the Wi-Fi/AirPlay 2-only Sonos Amp. And that Bluetooth connection is two-way: you can use Bose’s SimplySync to listen wirelessly on any of the company’s compatible wireless headphones like the QC45.

Another big difference between the Sonos and Bose amps are their digital connections. On the Sonos Amp, you can pipe in digital audio via HDMI ARC, making it a TV-friendly accessory for folks who don’t want or need a soundbar or full AV receiver-based system. But as that’s the Amp’s only digital input, it means you’ll need to use an adapter if you want to connect a CD player or a TV that doesn’t use HDMI ARC. The Bose Music Amplifier, on the other hand, has a more flexible optical input.

Both devices can accept an analog input via a set of RCA connectors (you’ll likely need a phone preamp if you want to connect a turntable), and these signals can be shared across any other wireless speakers in your multiroom setup. But the Bose Music Amplifier also has a set of analog outputs. These can be used to send the currently playing audio to any device you like, but they can also be used to daisy-chain multiple Music Amplifiers if you need to. Like the Sonos Amp, the Music Amplifier is rack-mount friendly thanks to its 2.9 x 8.3 x 8.3-inch dimensions and included rack-mount hardware.