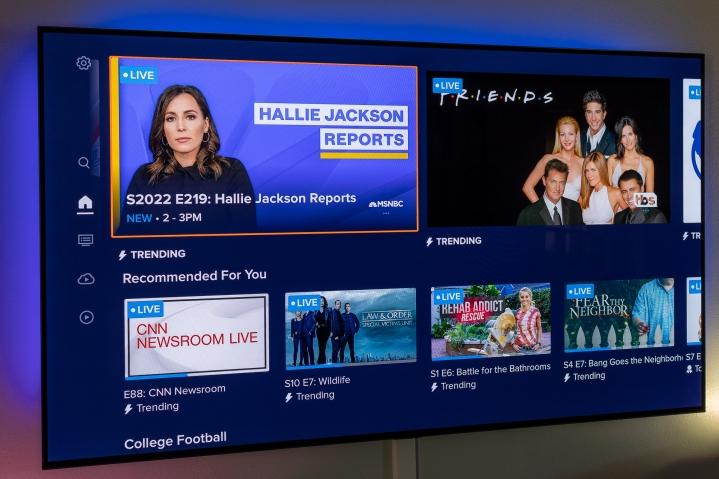 Sling TV is the third-most popular livestreaming service in the U.S., with about 2.4 million subscribers as of October 2022. That number hasn’t fluctuated much for a number of years, but we do see thousands come and go as numbers are announced every three months.

Nonetheless, it’s worth asking what else is out there. What are the best alternatives to Sling TV?

We’ll get to all that. But first it must be noted that none of the other services do things the same way as Sling. Most have just a single plan with a single slate of channels, and none offers the sort of “skinny bundle” that you’ll find on Sling TV, which increased prices in 2022. It’s still a service that has a lot of the channels you’ll want for less money, even if the total number of channels isn’t as large as other options.

Let’s take a look at what else is available.

Google-owned YouTube TV is the biggest live service in the U.S., with more than 5 million subscribers, and there’s good reason for that. Several, really. First and most important is that its single plan has more than 100 channels, and they’re competitive with every other service out there. Then there’s the fact that it’s just easy to use. The channel guide is simple, recommendations tend to be relevant (as you’d expect from Google), and the unlimited recording is a breeze. You’ll also get your local broadcast affiliates.

If you set up a family group with Google, you’re able to have as many as six profiles attached to a single YouTube TV subscription. That ensures everyone has their own recordings and recommendations — and it’s a lifesaver if you have kids.

Then there’s the ability to watch things in 4K. And by “things,” we mean some live sports — including the entire 2022 World Cup — as well as some on-demand shows and networks. It’ll cost you, though. The YouTube TV 4K Plus add-on is free for the first month, $10 a month after that, and then $20 a month after the first year. We’d really love to see that cost come down, and it’s really only worth it if you really want to watch some live sports in the best quality possible. (But once you see a game in 4K, there may be no going back.)

There’s an argument to be made that YouTube TV is the best livestreaming service. There’s also an argument for our next entry.

Hulu With Live TV is the second-most popular streaming service at 4 million subscribers. That’s thanks to a really good slate of channels — but also because a subscription actually gets you the full Disney Bundle. That’s Hulu With Live TV, Hulu’s on-demand library, ESPN+, and Disney+, all for close to the same price as any other livestreaming service. That’s tough to beat.

What might give you pause is the list of channels. Check out our full look at Hulu With Live TV versus YouTube TV for more, but there’s some disparity between the two services in that regard. You’re looking at a lot of linear channels, including your local broadcast affiliates.

Hulu With Live TV isn’t quite as easy to use as YouTube TV, however, but it’s still really good.

FuboTV is fourth in line in terms of livestreaming services, with 1.23 million subscribers as of late-2022. It leans heavily on live sports, so much so that it also was trying to get into the sports betting business, launching Fubo Gaming in two states. That venture was shut down in October 2022, however.

And FuboTV also still shows some live events in 4K resolution — from Fox, mostly. And while it’s no longer the only way to get live sports in 4K — it was, for a while, the sole source — it’s a great option to have, especially given that FuboTV doesn’t charge extra for the privilege.

The only real downsides here are the prices on the upper end. But it remains a strong option and one you should take a look at.

DirecTV Stream has had a weird history. We once knew it as DirecTV Now, and later as AT&T TV. Now it’s a standalone company and lives as DirecTV Stream. The new company doesn’t give subscription numbers, but AT&T last reported about 656,000 subs as of the end of 2020 — and that was part of a downward trend.

It’s not that there’s anything inherently wrong with DirecTV Stream. It has a good slate of channels, and four plans from which to choose. It has the options and add-ons you’d expect.

But it’s also more expensive on a per-channel basis. You’ll get a small price break on the first five months for all but the cheapest plan, but after that you’re paying more than any of the other options, and that’s going to make it less palatable for many. At least there’s a free trial, so you can take things for a test drive.

If you’re the sort who doesn’t tend to channel-hop and has some specific things you like to watch on specific channels, definitely take a look at Philo because it only costs $25 a month. And if all you watch is a part of its 60-plus-channel lineup, you can save yourself a good bit of cash here.

The biggest downside is that the channel lineup is fairly limited. There’s no ESPN, for example. And no cable news (that’s maybe not a bad thing). Also, there’s no local broadcast affiliates — so you’ll almost certainly want to rig up an over-the-air antenna to take care of it.

But again, if what you watch is on one of its channels. you can’t beat $25 a month.